When writer Laura Pearson was diagnosed with breast cancer when five months pregnant she never expected it to lead to a three-book publishing deal. She talks to Emma Oliver about her debut novel Missing Pieces and what lies ahead.

June 21st, 2018. This was the date that Laura Pearson’s dream came true. She was now officially a published author.

“It’s funny when a dream comes true; it doesn’t feel quite like you thought it might,” says Laura. “The day of your debut novel publication is a bit like the last day of school or any other day that’s been hyped up to the max, in that when it arrives, you’re not quite sure what to do. 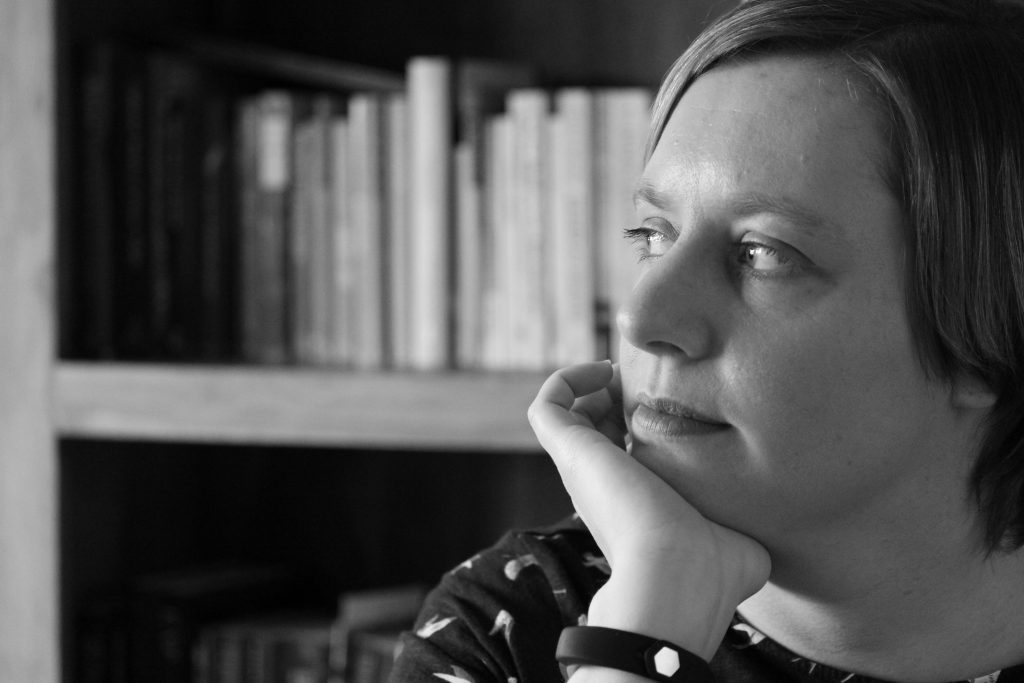 “I’d achieved my lifelong ambition after so many years of trying. That night when I went to bed my editor sent me a text to say Missing Pieces was in the Top 500 on Kindle, it was more than I’d hoped for.”

The story behind the book being published is not a straightforward one. Laura, who lives with her husband Paul and two children in Barrow upon Soar, Leicestershire, had been trying for years to get her novel published but was rejected by several big publishers. When she was five months pregnant with her daughter Elodie, now two, Laura was diagnosed with breast cancer.

A month later she decided to start a blog about her breast cancer during her pregnancy and that led to her blogging for The Motherload, a parenting and a community website and blogzine. Through her work with The Motherload Laura became aware of a small publisher called Agora, who she sent a draft of her novel.

“They said they loved it and asked to see the full manuscript,” said Laura, also mum to Joseph, five. “I tried not to get my hopes up but when they asked if I had written anything else I couldn’t contain my excitement. Missing Pieces isn’t actually the first book I wrote. I finished writing my first novel in 2010 about a woman who was having an affair with her sister’s partner but because I’d had no luck in getting it published I started writing Missing Pieces. It’s strange because one of the worst experiences in my life has led to one of the best.”

The book, which Laura, 38, wrote before becoming a mum, is about motherhood and parenting but the plot is based on tragedy.

“It’s about a family who have lost a child and some people can’t handle reading something like that,” says Laura. “Some people who have read it have said it’s made them cry. If I was to write it now after having two children, I think it would be much harder to write. Maybe impossible.

“It is quite a sad story but there is some hope in it, it’s not pure devastation. One of the authors who endorsed it described it as “a portrait of loss”. It’s a tragic story but at the end it’s about how the family are putting themselves back together.”

Laura said the reception she’s had so far is beyond anything she could have imagined.

“People have said some incredible things and the reviews have been fantastic. The fear I have now is making the second novel as good as the first, which is something all authors go through. It’s a completely different story so how do I make people love it as much as Missing Pieces?”

Laura’s second novel I Wanted You to Know is due to be published by Agora early 2019 and she also has agreed a third book, which is the first novel she finished writing in 2010.

“I couldn’t believe it when they came back to me and said they wanted to publish all three books,” says Laura. “I can’t explain the feeling. It’s all I’ve ever wanted. I can’t explain how it felt to have a copy of Missing Pieces in my hand. It was surreal.”

Laura’s second book is quite personal because the story is based on a woman and her daughter whose lives are affected by breast cancer and Laura wrote it while battling breast cancer herself.

“The story is told through a series of letters that the mother has written for her daughter when she is dying,” explains Laura. “The second half of the book is set when the daughter is 20 and trying to work out who she is and who her mother was, and she finds out that not everything in the letters is true.”

“I didn’t plan it so I’ve had to turn it into a novel,” says Laura. “My whole ambition was just to get a novel published. I’ve done that, and now I’m onto the next one. You always want something to strive for.

“And this time it’s about how I can make the second novel even better than the first. After all these years of hard work, I am now living my dream. I can say to everyone, ‘I’ve written a book and you can buy it on Amazon!’.”

To win a copy of Missing Pieces simply answer this question:

What is the name of Laura’s second novel due out in 2019?

To enter, send your answer along with your name and address to: info@pukaarmagazine.com by Friday 21 December 2018.