While gender-based disparities around the world have narrowed slightly, Pukaar Magazine’s international journalist Jeralita Costa writes that the gender gap remains more like a gulf.

According to the Trade Union Congress, even after four decades of equal pay legislation, the gender pay gap has only been halved – not eliminated. Women health professionals in the United Kingdom earn nearly £16,000 less per year than their male colleagues – that’s 31% less on average. The gender pay gap cuts across the public (13.6%) and private (19.9%) sectors. And, women who work part-time earn 35% less per hour than men working full time. Women in their 50s suffer the widest gender pay gap by age group; they earn nearly a fifth less than men of the same age. But the gender pay gap isn’t the only place where gender contrasts still remain. 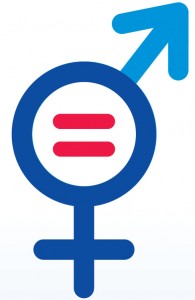 To increase global awareness of the challenges posed by gender gaps and highlight the opportunities generated by reducing them, the World Economic Forum began measuring the scope and magnitude of gender-based disparities in 2006. The Global Gender Gap Report 2013 observes that the majority of the countries included in the report for each of the last eight years, have made slow progress on narrowing the differences between women and men as reflected in health, economic, political and education- based benchmarks.

Northern European countries continue to outpace the rest of the world in dividing resources more equitably between women and men, regardless of the level of resources available overall. For five years, Iceland has ranked at the top of the index. In the 2013 report, Finland ranks second, Norway third, and Sweden is in fourth place. The top ten is rounded out by the Philippines (5th), Ireland (6th), New Zealand (7th), Denmark (8th), Switzerland (9th) and Nicaragua (10th).

Are you asking yourself where the United Kingdom falls in the overall scoring? The answer is 18. The United States comes in 23rd, with Pakistan (135) and Yemen (136) at the tail end of the rankings.

While Iceland holds the number one spot in political empowerment, the UK ranks 39th, far below South Africa’s ranking of 8, but far above the USA’s dismal ranking of 60. The tiny country of Lesotho joined 19 other countries in the top spot for closing the gender gap in educational attainment; with Uganda ranking a low 123.

As the 1960’s Burt Bacharach song asks: “What’s it all about when you sort it out, Alfie?”

‘Not only do women still earn 85p for every pound men earn, they continue to lose jobs at a higher rate than men’

lives, enriches communities and raises families and nations out of poverty. Data tracked by the World Economic Forum continues to demonstrate a strong correlation between a country’s gender gap and its ranking in national competitiveness, income and development overall.

There’s a well-known saying, originally attributed to the Ghanaian scholar Dr. James Emmanuel Kwegyir-Aggrey (1875-1927): “If you educate a man you educate an individual, but if you educate a woman you educate a family.” The words that preface those were: “The surest way to keep a people down is to educate the men and neglect the women.”

Pakistani school girl, Malala Yousafzai nearly lost her life for advocating access to education for girls. Increasing educational opportunities for all is one of the most effective ways to reduce poverty; but as Dr. Kwegyir-Aggrey so eloquently stated in his own way; increasing access to education for girls creates additional benefits that ripple through generations – impacting families and nations.

According to the United Nations Poverty Fund, the education of parents is linked to their children’s educational attainment, and the mother’s education is usually more influential than the father’s. UNPF data shows that in developing countries there are 20,000 girls below age 18 who give birth – every day. The data shows that increasing education has a direct correlation with reduced births by girls under 15 and reduces unintended pregnancies for older adolescents and women. Girls who have been educated are likely to marry later and to have fewer children.

‘Women in leadership matter. Women and men bring different experiences and priorities to the table’

Among other things, fewer children means parents are less likely to have to choose which of their children will receive education. Educated women also have healthier families because they recognize the importance of health care and are more likely seek out and secure more resources for their children.

Increased educational attainment for girls and women leads to fewer pregnancies, which also leads to fewer deaths. According to a 2008 report by UNICEF, about 70,000 adolescents in developing countries die annually of causes related to pregnancy and childbirth. And the World Health Organization affirmed that complications of pregnancy and childbirth are a leading cause of death for older adolescent females (2012).

Increased access to education also improves women’s opportunities for economic participation. However, even though the gender gap in educational attainment has closed significantly in many parts of the world, the economic gender gap has not narrowed at the same pace. Not only do women still earn 85p for every pound men earn, they continue to lose jobs due the economic downturn at an ominously higher rate than men. A 2010 Pew Research Global Attitudes Project examined public attitudes about gender and found robust majorities in virtually every country surveyed supporting equal rights for women and men, including the ability to work outside the home; however, the report states: “When economically challenging times arise, many feel men should be given preferential treatment over women in the search for employment.”

In the area of political and corporate empowerment and leadership, women have made gains, but the gap remains wide. Women hold only 6% of the senior executive corporate positions in the U.K., while 22% of Parliament is female – placing the U.K. on par with the global average of women in national assemblies (21.5% as of October 25, 2013.) At 58%, Rwanda has the highest percentage of women in parliament – a jump from the 24th position due to quotas being instituted. Of the top-ranked 20 countries for female representation in government, 17 of these countries utilize some sort of quota system to ensure female inclusion.

Women in leadership matter. Women and men bring different experiences and priorities to the table. Gender equality brings balance. A survey of more than 600 board directors conducted by DeGroote School of Business at McMaster University showed that women are more likely to consider the rights of others and to take a cooperative approach to decision- making. This approach translates into better performance for their companies.

Is world peace on your wish list? There’s also a gender gap on the use of drone strikes. A global Pew Research Center survey (July 25, 2013) found that while 41% of men in Japan approved of drone attacks, only 10% of women did. Fifty-eight percent of men surveyed in the U.K. approved of drone strikes as opposed to 27% of women. Overall, there were double digit gender gaps in six of the eight EU nations polled in the survey on drones. Global surveys find that women are far less likely to see justification in the use of military force.

The United Nations has identified six avenues for strengthening participation of women in politics and government: equalization of educational opportunities, quotas for female participation in governing bodies, legislative reform to increase focus on issues concerning women and children, financing gender-responsive budgets to equally take into account the needs of men and women, increasing the presence of sex- disaggregated statistics in national research/ data, and furthering the presence and agency of grassroots women’s empowerment movements. PM