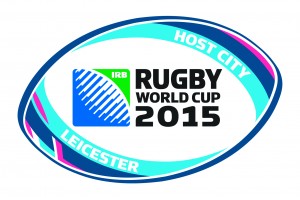 One of the world’s biggest sporting events is coming to Leicester this autumn and the city’s Victoria Park will be the place to be to share the excitement of the Rugby World Cup 2015.

From Saturday 3rd October, rugby fans of all ages will be able to gather at the official RWC Fanzone to enjoy the tournament with fans visiting from around the world.

The city council will be setting up the Fanzone to provide the perfect place for overseas fans to meet up with fellow supporters and watch the excitement of the games together live on the big screen.

Making sure that the Fanzone provides a focal point for the tournament in the city is Leicester City Council’s event co-ordinator Laura Hailstone. “The idea of the Fanzone is to support the live rugby action that’s taking place in the city,” says Laura.

“Our Fanzone will open on Saturday 3rd October, giving visitors and fans the chance to see England play Australia and South Africa v Scotland on the big screen, before Leicester hosts its first match on Sunday 4th October.”

The Victoria Park Fanzone will accommodate up to 10,000 fans, with grandstand seating available for around 500 people. The Fanzone area will be open every day until Sunday 11th October, where supporters can watch up to three live games daily, including all three of the games being played in Leicester. 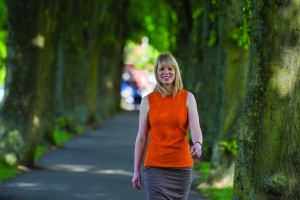 “We hope that the Fanzone will give both local people and fans from overseas the chance to enjoy the atmosphere of Rugby World Cup 2015 in the heart of Leicester,” says Laura.

As well as a big screen, the Fanzone will offer catering facilities, a bar and a range of activities to entertain children and adults in between matches.

A programme of events, including stage entertainment, sporting activity and live music, will run on each of the seven days that the Fanzone is open. There will also be a lot happening in the city centre, with an exciting cultural programme taking place from 2-11 October.

“Leicester’s got a good track-record in hosting major events – like the Olympic torch in 2012, the Queen’s Baton Relay last year and the reinterment of King Richard III in March,” says Laura. “And we’re determined that the Rugby World Cup will be a big success too.”

More information about Rugby World Cup 2015 in Leicester is available at visitleicester.info