Journalist, event organiser, and all round social entrepreneur John Coster talks to Pukaar Magazine’s Jennifer Morris about the significance of documentary media and this year’s Leicester Docfilm Festival.

The annual Documentary Media Month returns to Leicester for its 7th year, hosting an in-depth look at the documentary genre, its multimedia landscape and its impact on society today.

Throughout November, founder John Coster’s pop up ‘think-tank’, the Documentary Media Centre, holds a range of events across the city. The aim is to prompt conversation around issues of real global significance. As John explains: “Documentary Media is about how film, photography, audio and new media can be used to reveal our world – real people, real places, and real events.” 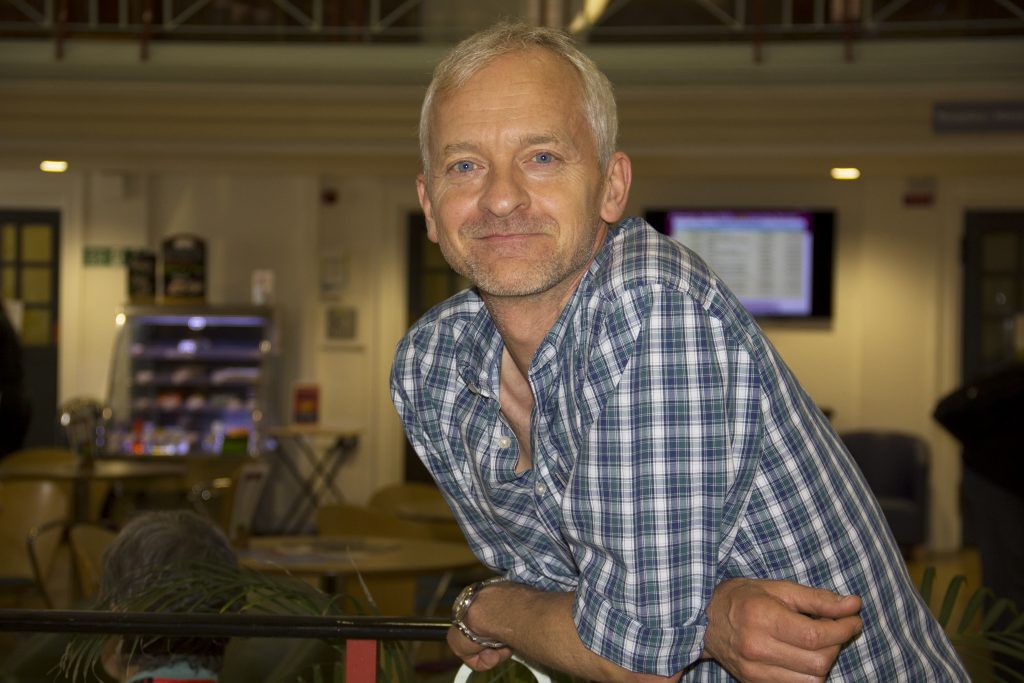 A seminal part of the proceedings, the Docfilm Festival returns to venues across the city centre, holding screenings at The Phoenix, The Y, community centres, coffee shops, colleges and universities. With submissions from local to international filmmakers, John insists on one qualifying criteria; that the films anchor themselves in the theme of Global Citizenship, acting as a catalyst for change:

“I think for the first time people are seeing how documentary film can actually bring about change. Whereas before it was about raising awareness, I’ve always been about understanding and action.”

With a range of free to attend events, the festival stays true to its independent routes, actively avoiding any hint of commercialism: “It’s never been about making money. It’s about bringing people something that challenges their viewpoint, so there’s a value to the screening.”

Post film analysis plays an integral part to the Docfilm ethos, with Q&A sessions opening up a forum for healthy debate: “I think people enjoy coming to my events because they’re designed to make you think. They’re not easy. It doesn’t mean that you don’t go away feeling good. It’s more about the impact that you can have.”

John also cites the festival as an alternative to a mainstream media worldview: “We live in a world at the minute where, if you sat back and looked at Twitter or watched the news, everything is in this massive state of flux, he said.

Perhaps most poignantly, in an increasingly separated world, the festival promotes the documentary genre as a unifying force, bringing society together through shared interest. John leaves us with a lasting thought: “We have more in common than what divides us and I don’t think we necessarily have opportunities to value that.”