Sushant Singh Rajput talks about his journey from being a television heartthrob to becoming the next Bollywood superstar. 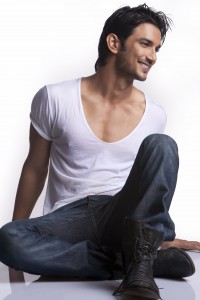 Since playing the main protagonist on a daily Indian soap and appearing on a host of popular reality shows, Sushant Singh Rajput has become one of the most well-known and loved faces on television. He is now making the transition to the big screen with his debut film Kai Po Che, which will be releasing on February 22.

Originally from Patna, Bihar, Sushant grew up in Delhi where he attended Hansraj School and later went on to study at the Delhi College of Engineering, where he was actually an all India topper in the entrance exam. Inclined towards theatre and dance however, he dropped out of college in his 6th semester and decided to follow his heart.

Speaking about the reaction from his family, Sushant said: “All of them have a very strong academic background, but they supported my decision as I was already in a reputable engineering college.”

After working in theatre for four years with Nadira Babbar and the reputable Barry John, who has worked with superstars like Shah Rukh Khan, Manoj Bajpai and Freido Pinto, Sushant’s interest in the subject grew and he decided to pursue it as a career.

Initially he was cast in a side role in the television show Kis Desh Mein Hai Meraa Dil?. “The casting people spotted me during a theatre show that I was working on,” he went on to say. But it was during his time playing the lead role of Manav Damodar Deshmukh in Pavitra Rishta where the actor really got noticed. Sushant played the role for over two years in the leading television show, which was often rated as number one during its time on air. 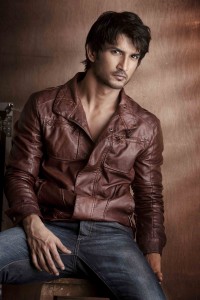 Referring to his time on Pavitra Rishta, Sushant said: “I absolutely loved playing the character and it was one of the most widely loved shows. More importantly, that is where I met Ankita.” For those who are unaware, Ankita Lokhande was Sushant’s co-star and love interest in the show and the duo are also dating in real life. They are a popular couple both on and off-screen having scooped up a host of Favourite Jodi awards for their portrayal of Archana and Manav.

On Sushant’s shocking decision to quit the popular show, he says: “It was not a tough decision, I was very clear in what I wanted. Yes I do miss working with my co stars and I miss working with Ankita the most.”

With a background in martial arts, formal dance training with Shaimak Davar, theatre training with Barry John and a killer smile, Sushant has all the qualities needed to be an A-List Bollywood actor. After working as an assistant director with Mohit Suri for the film Raaz, Sushant is finally making the transition to the big screen with UTV’s Kai Poche. Directed by Rock On! director Abhishek Kapoor, the film is an adaptation of Chetan Bhagat’s bestseller The 3 Mistakes of My Life.

Talking about the character he is playing, Sushant said: “He is very different from any of the characters I have played before. He is very real, endearing loveable and most of all… human.” In order to prepare for the role the 26-year-old actor had to participate in a number of workshops. When asked how it feels to have his first Bollywood film releasing, he replied: “It’s exciting! The most exciting part (the process and shooting) is over but I hope the audience enjoys the film as much as we enjoyed shooting it.” 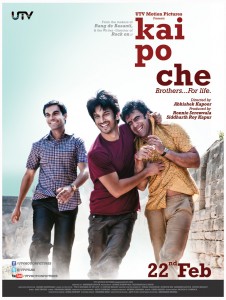 Despite his debut movie not even being released, the actor already has two dream projects in the pipeline which include Raju Hirani’s P.K, which is rumoured to also be starring Aamir Khan, and Maneesh Sharma’s next project with Yash Raj films.

With long schedules across the country and overseas along with intense promotional tours, working on a film can be difficult indeed. But in comparison to the 11-hour daily shooting schedules of television actors it doesn’t seem so bad. When asked about the difference, Sushant joked: “There is a difference in paychecks, but as an actor you remain the same.”

If he wasn’t an actor Sushant claims he would be a dancer, and having been voted as the best dancer in Jhalak Dikhlaja (the Indian version of Strictly Come Dancing) it’s pretty easy to see why. But he also has some wise words on offer not only for aspiring actors out there, but anyone who has a dream. He says “Where there is a will, there is a way.”

It’s hard to imagine someone so successful as being so grounded and open about everything from his background to his relationship. But claiming that appearing in films is not his ‘ultimate goal’, I’m sure we’ll be seeing plenty more of Sushant Singh Rajput in the future.