There’s an admirable aura of self-confidence and certainty about Nita Mistry, and not the arrogant kind, she knows who she is, what she wants out of life and isn’t afraid to chase her dreams.The charming and tranquil gardens of Belgrave Hall in Leicester created the idyllic backdrop for the actress’s photo-shoot, on a pleasant sunny day in May. From the way Nita carried herself with those petite, dark and pretty features, you could certainly tell that it’s her rightful place to be in front of the camera, as she took direction and shared her vision.

Nita was born and grew up in the Highfields area of Leicester, and was brought up in a very tight knit Asian community. She began her education in the city at Uplands before progressing onto secondary school at Crown Hills Community College. It was here that she found her passion and talent for the creative arts and immersed herself particularly in everything surrounding drama, dance and art. 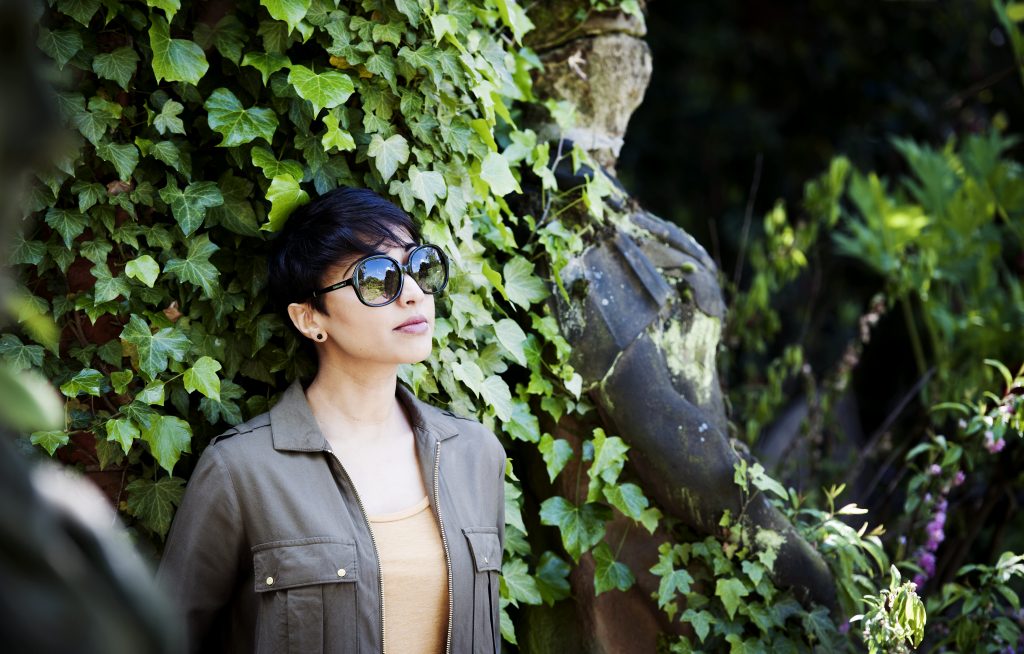 Whilst growing up Nita often wondered about other cultures and wanted to explore outside of the community that she had been raised and so, at the age of 17 decided to move to the bustling capital, with five bags and only £50 to her name. Nita hadn’t prepared for the hardships that came with moving to London and spent six months sleeping on a friend’s sofa and worked as a waitress until getting accepted into North London University, to study Travel and Tourism. A far cry from her love of the arts, Nita admits that she didn’t realise that acting could be a career option, until a friend started talking to her about drama schools within the city, she then realised her dream of becoming an actress could potentially become a reality.

Not wanting to waste any more time Nita applied to the top 10 drama schools and before she knew it had been accepted by 3. She made the decision to leave her course and enrol at the prestigious Mountview Academy of Theatre Arts, where she learnt the in’s and out of drama including voice, movement and working with text. Upon graduating Nita was fortunate enough to sign with an agent, enabling her to begin an exciting career that has ranged across theatre, T.V and film. Her notable TV work includes the likes of Casualty and BBC One’s comedy-drama, New Tricks alongside James Bolam and Amanda Redman.

As well as T.V performances Nita has had a handful of small roles in films such as What a Girl Wants and One Crazy Thing written by Amit Gupta, to name a few. Nita remembers excitedly about her first role: “My first professional role was for a film called What a Girl Wants, starring Amanda Bynes and Colin Firth. I remember having to do a huge improvisation for just a couple of lines in the film. I honestly thought they were going to write this huge part, which only turned out to be a couple of lines, but it was a fun and insightful experience nonetheless, considering that I had just come out of drama school.” 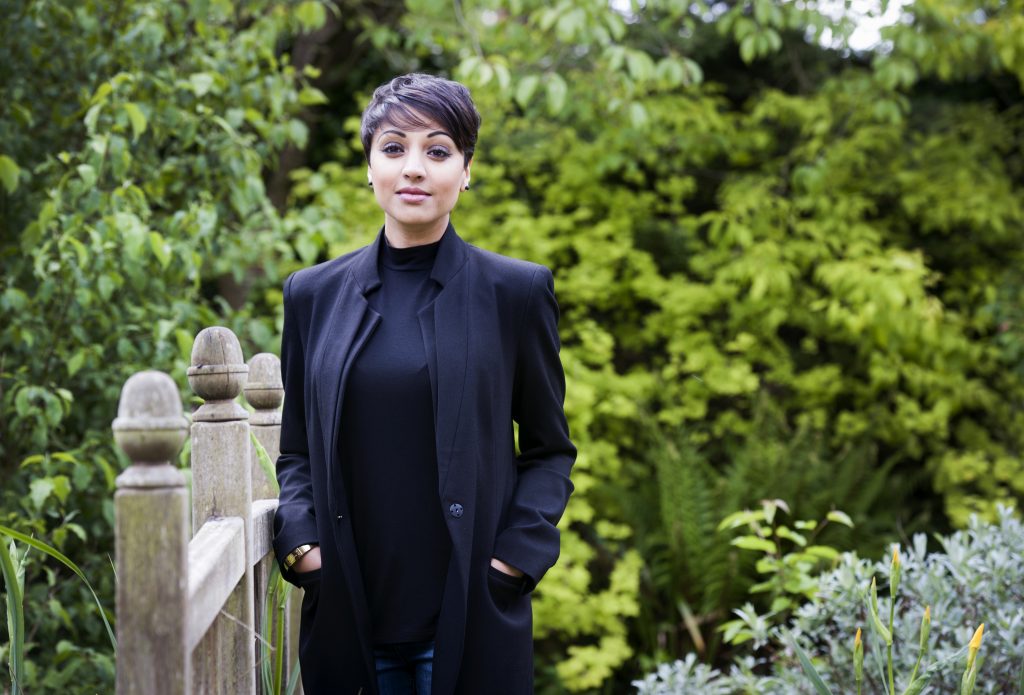 Nita also scored the leading support role as the character Anu, in the 2015 Bengali film, Romeo vs Juliet, directed by Ashok Pati. As her first major role, she explains her amazing experience: “I got to go out to Bangladesh and film over there, so that in itself was a huge experience. Anu was the best friend to Romeo and came from the same village back home. They’d both gone through relationship issues but really understood each other. It was great to play Anu but it was also one of the most difficult roles that I have had, simply because I had to learn to speak Bengali and that was a challenge but also one that I thrived upon. I got to meet some amazing Asian-Bengali actors. Over here you would film over various days, whereas over there you would shoot at least five scenes a day. It’s very back-to-back and the turnover is much quicker.”

Having lived in London for over a decade it wasn’t surprising to hear that Nita couldn’t imagine living in a small city like her hometown of Leicester, but is pleasantly surprised with the city’s vibrancy and development.  Nita was invited back to her stomping grounds at the beginning of June to judge on the panel of Monologue Slam at Curve theatre.

Many actors have various ways of getting into character for a role, Nita explains for her it’s all about sense memory and looking at what a character has been through. She tells me that the preparation of getting into character takes her a lot longer than learning the lines. The actress is definitely not shy of ambition as she dreams of one day starring as a strong character in action films similar to James Bond and Stars Wars. Nita also shares that she would love to work alongside a string of leading ladies including; Meryl Streep, Julia Roberts and Cate Blanchett. 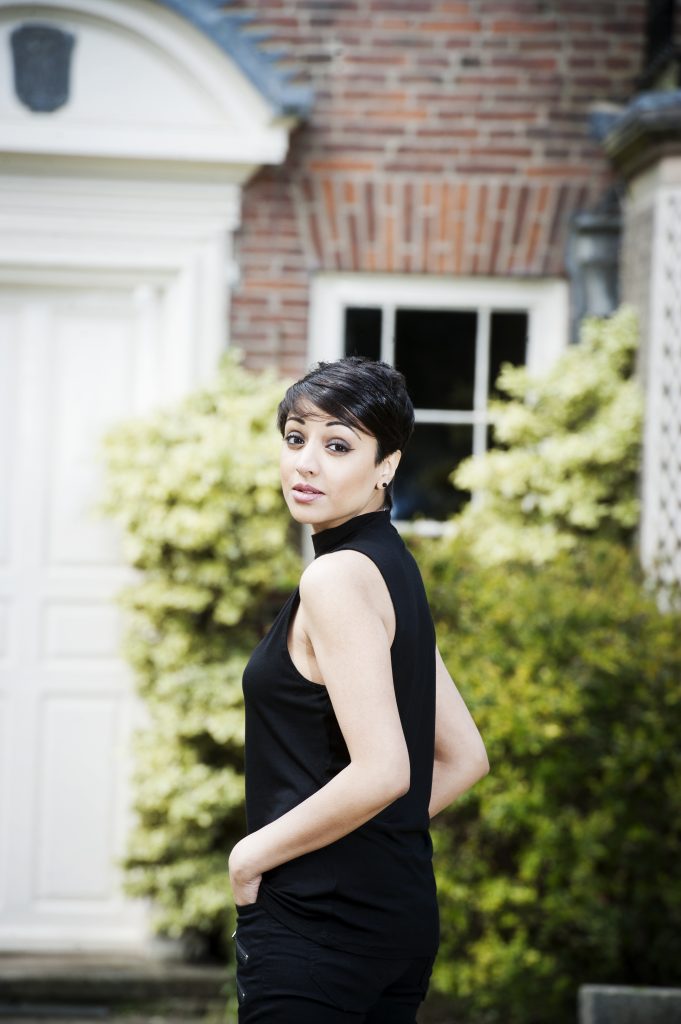 As Nita has been working in the industry for around 12 years I was intrigued to find out how it has developed in terms of casting ethnic actors: “When I first started there wasn’t that many roles for ethnic actors and it was very much type cast and you’d have the Asian shop keepers and the cabbies. Every year it’s becoming better, it’s still not quite there yet and there’s a lot to be done in terms of diversity but things are slowly changing.”

Rejection is a huge part of the ever competitive acting industry and Nita has grown thick skinned because of it: “I will go into an audition, work my socks off and the I’ll forget about it and just think; right what’s next, then I will work just as hard for the next one and just hope that something will come from it.” Understanding just how cut-throat acting can be the actress shares her advice: “One of the things actors never stop doing is working and you’ve always got to be able to work hard at your craft, keep doing the short films, learning monologues and try to do everything you can do to keep going, as you never stop learning in this business.”

Motivation and determination are two traits that Nita possess and it’s inspiring to hear about her plans progress her career and move to L.A.  A city at the heart of the film and television industry, filled with fame hungry people in search of stardom. The excitement on Nita’s expression is luminous as she speaks about the sprawling city that will finally become home in the New Year: “I literally went out to L.A for the first time as a tourist back in January. I was very fortunate to have the opportunity to work with a reputable acting coach whilst I was there. She was pretty impressed with my work and in turn recommended me to Bohemia Group, my now management company, so I have a lot to thank her for. The city is full of creative people and everyone is always doing something. I remember not wanting to leave and have never experienced this feeling in any other country, but there was something about L.A that made me feel at home.” We wish her the best of luck on the start of her new and exciting chapter.