25 properties have been removed from a local list of historic ‘at risk’ buildings following restoration and preservation efforts.

The Leicester Heritage at Risk Register started in October 2017. Created by the Leicester City Council, it originally listed 68 local properties that had suffered from long term vacancy and neglect and were identified as high risk.

Since its publication, investment and repair work has been done to these properties, and new uses have been found for these historic local assets. Over one third of the buildings and structures have now been restored and removed from the list.

This week, the latest version of the register was published which now lists now lists 56 properties, which includes 12 new entries that have been identified as needing intervention from the council’s building conservation team.

The 25 properties that are no longer at risk have undergone repairs and renovations, and are now deemed to be well-maintained and back in active use. 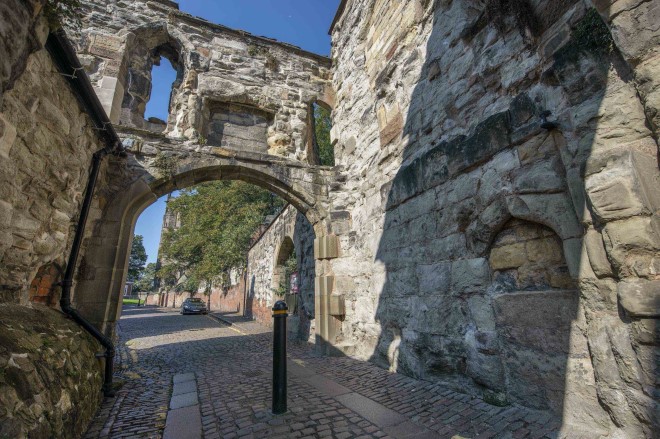 Cllr Adam Clarke, deputy city mayor and city council heritage champion, said: “We’re very proud of Leicester’s growing reputation as a leading centre for heritage-led regeneration, and this update to our local Heritage at Risk Register shows how much we’ve achieved over the last three years. Successfully restoring and bringing back into use over a third of the historic buildings and structures identified as being at risk just three years ago is a tremendous achievement.

“The council takes its role as custodian of the city’s architectural heritage very seriously, but we know we couldn’t have made such a positive impact on own.

“By working closely with local stakeholders –including our two universities – we are continuing to attract major investment into the city. This is a vital part of our commitment to preserving and cherishing the city’s historic buildings and the valuable contribution they make to Leicester’s rich architectural heritage.”

The Turret Gateway on Castle View, which is one of the oldest properties removed from the list, dates back to  roughly 1422. The grade I-listed building had been included in the national Buildings at Risk Register since 2008. Specialist repair work was commissioned by the city council and was completed in early 2019.

Other examples include the grade II-listed Braunstone Hall which is now known as Winstanley House hotel complex, and the former Great Central Railway Station, now turned into a new leisure attraction.