APPEARING IN ROLES ACROSS THEATRE, TV AND FILM, BRITISH ACTOR JASSA AHLUWALIA SPEAKS TO PUKAAR MAGAZINE ABOUT HIS CAREER AND FUTURE OPPORTUNITIES IN HIS HOME CITY.

After a remarkable couple of years, Leicester has certainly earned its rightful place on the map, and not just from the discovery of King Richard III and LCFC’s triumphant win. Those with creative talents are becoming less likely to look to the cosmopolitan cities of London and Manchester for opportunity. Thanks to the development of the city’s Cultural Quarter and Universities, Leicester has flourished, and is fast becoming a hub for young creatives to share and explore their passions.

Someone that did leave his hometown in search of opportunity in the capital was 26-year-old actor, Jassa Ahluwalia, but after landing a lead role in Wipers at the Curve theatre last year, his opinions on Leicester soon changed. 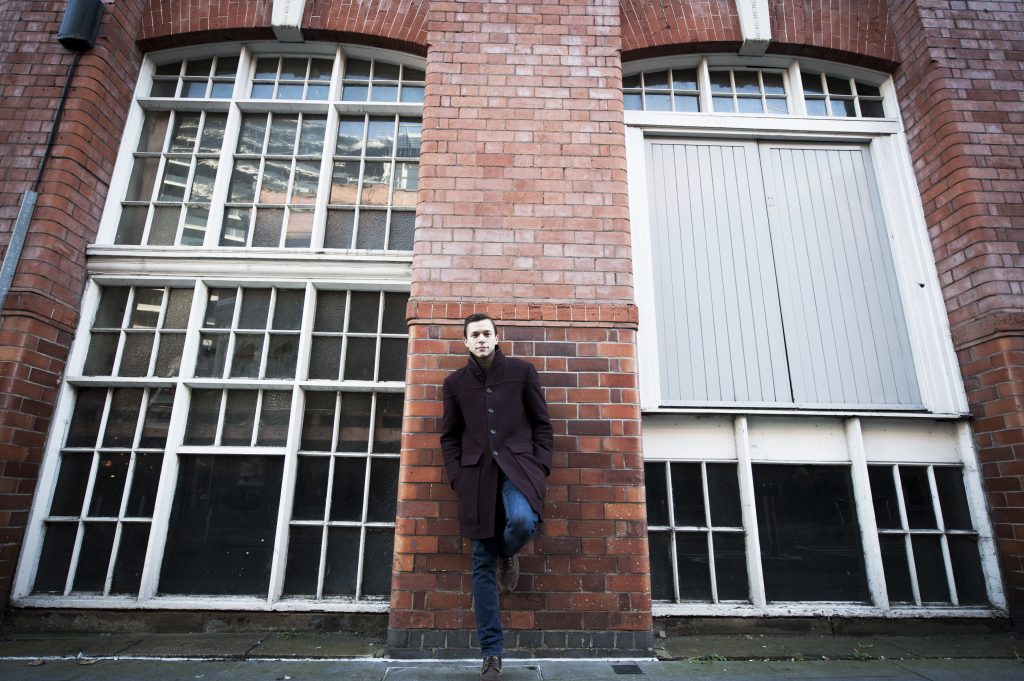 Born in Coventry, half-British, half-Indian Jassa moved to Leicester at the age of two to live with his Indian grandparents. By the age of eight, he had developed a passion for the arts, attending ballet, dance and performance classes twice a week, run by accomplished teacher, Graham Fletcher: “He treated us all as professionals from the outset. The way Graham taught his classes at Herrick Road were the same as the classes you’d get at the Royal Ballet School. He would run a rehearsal similar to that of a professional stage production, so it never struck me as odd that performance could be a profession.” Forming an integral part of his upbringing, it was through Graham that Jassa got into musical theatre, travelling once a month to London for singing and acting classes at the prestigious Urdang Academy.

Possessing a strong appetite for drama and with London in his sights, the 16-year-old Beauchamp College student used work experience as a way to venture out of Leicester: “10-years-ago, there wasn’t that inspiring, creative community that I feel is now growing here. I knew that in order to do what I wanted to do, I needed to be in London.”

The opportunity saw him work for a week at one of the biggest talent agencies operating globally, with the likes of Michael Kane, Anthony Hopkins and Daniel Craig on their books. Tasked with reading the script for Stardust, something clicked: “I was horrified that I was expected to read a 120 page document in an afternoon! I sat down and started reading this script, and it was incredible from the first couple of pages onwards. 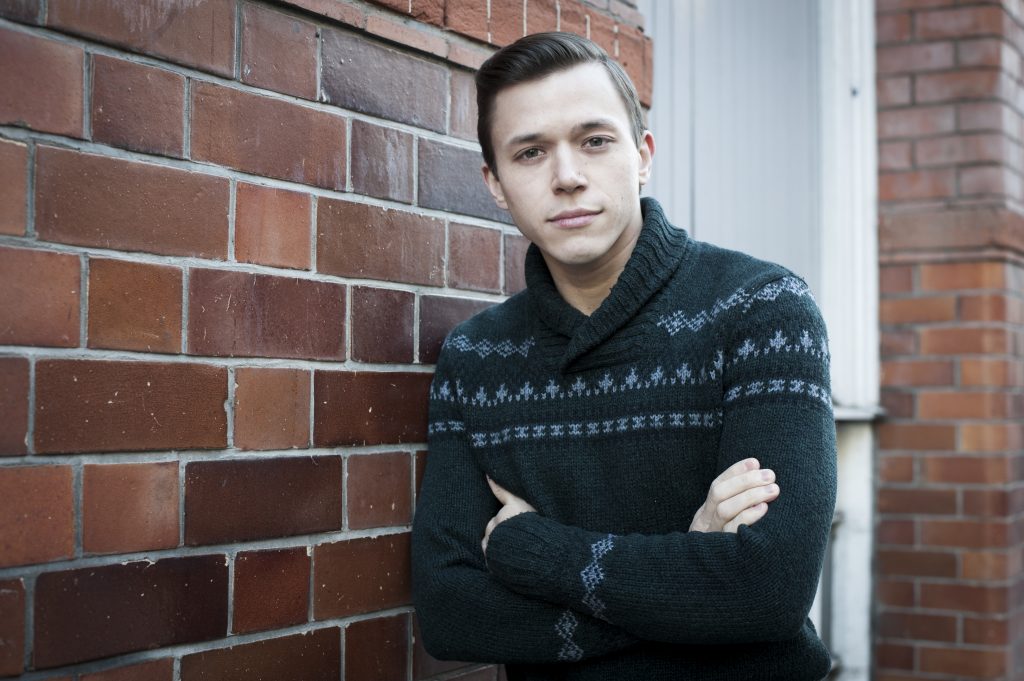 “It was as if the film was playing in my mind. I could really visualise the shots, what the characters were doing and the background details. I guess in a way, it’s similar to reading a book, you imagine the story, but with a script, it’s somehow much more vivid.”

Wanting to pursue a career in acting, Jassa started to consider his options. Ambitious and driven, he quickly realised that drama school wasn’t a route he wanted to take. Instead, his informal training came from acting in short films and student projects found through casting websites.

Signing with his first agent through chance at the age of 17, Jassa got his first break in 2010 presenting children’s TV show, Art Attack for Disney: “Everyone around me was like, ‘are you sure this is what you want to do.’ I just thought, well, it’s in the right direction. I knew that I could make it work for me. It meant that I could get into the industry full-time because it made enough to keep me afloat in London for a few months to pursue auditioning.”

His first notable acting break was in BBC Three’s hit sitcom Some Girls, in which Jassa played loveable character, Rocky: “Some Girls for me was like the big break. It was unbelievably exciting getting that role. I remember finding out that I got it and being like ‘I’m going to be on TV!’” 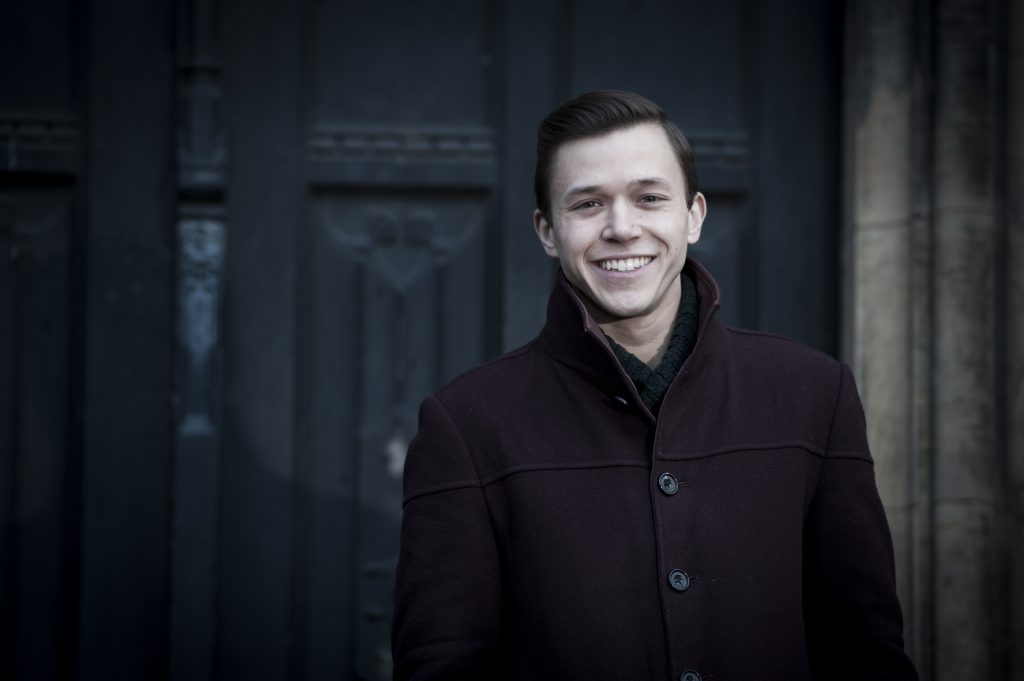 Throughout his career, Jassa has taken on a variety of characters, owing in part to his love of languages. Fluent in Punjabi, yet with no hint of Indian heritage in his appearance, he laughs at the response he gets when he opens his mouth and speaks the language fluently. As well as Punjabi, Jassa also studied Russian and Spanish at university: “The sounds that you create when you speak Punjabi are very similar to the sounds that are used in Russian, so between Punjabi and English, my Russian sounds native.” He was able to put his Russian into practice, translating a complex piece of dialect as the character Dimitri in BBC Two’s gangster drama, Peaky Blinders.

In 2016, Jassa found an ideal opportunity, not only to return to Leicester, but to explore his own identity further as a British Indian. Whilst flicking through a brochure of upcoming Curve productions, his eye was caught by the play Wipers. A story that explores British-Asian relationships during the First World War, the plot spoke to Jassa on a personal level: “As I’m becoming an adult, I’m finding being a white looking Punjabi British guy, it makes me aware of our evolving society in a way that I don’t think I was when I was a child. I’d been trying to understand that more, looking into British Indian history, and that was the process that led me to Wipers.”

Through his return, Jassa discovered Leicester’s developing arts scene and is currently using his own project to engage with young talent across the city, working on his own film and directorial debut: “It was when I came back to do Wipers that it really started to click into place. I’d written the film a little while ago but it wasn’t until I came back to Leicester that I realised there’s a really strong community of creatives here now and it would be lovely to work with that.

“I really do feel like the city is growing and evolving as a creative community. I felt like I was striving to get away from Leicester in order to start my career when I was younger, whereas I now feel like Leicester is somewhere where I can grow my career. That’s really exciting.”

With on-screen appearance this year including a new series of ITV’s Unforgotten and an interactive film-come-video game released by performance capture Production Company, Imaginarium, Jassa’s acting career continues to grow on a national scale. Here in Leicester meanwhile, we look forward to seeing what this talented young mind brings to our growing creative scene.