THE SINGER, X FACTOR WINNER AND MOTHER OF THREE SITS DOWN WITH PUKAAR MAGAZINE’S EDITOR AARTI. C THOBHANI TO TALK ABOUT LIFE AFTER WINNING THE X FACTOR. 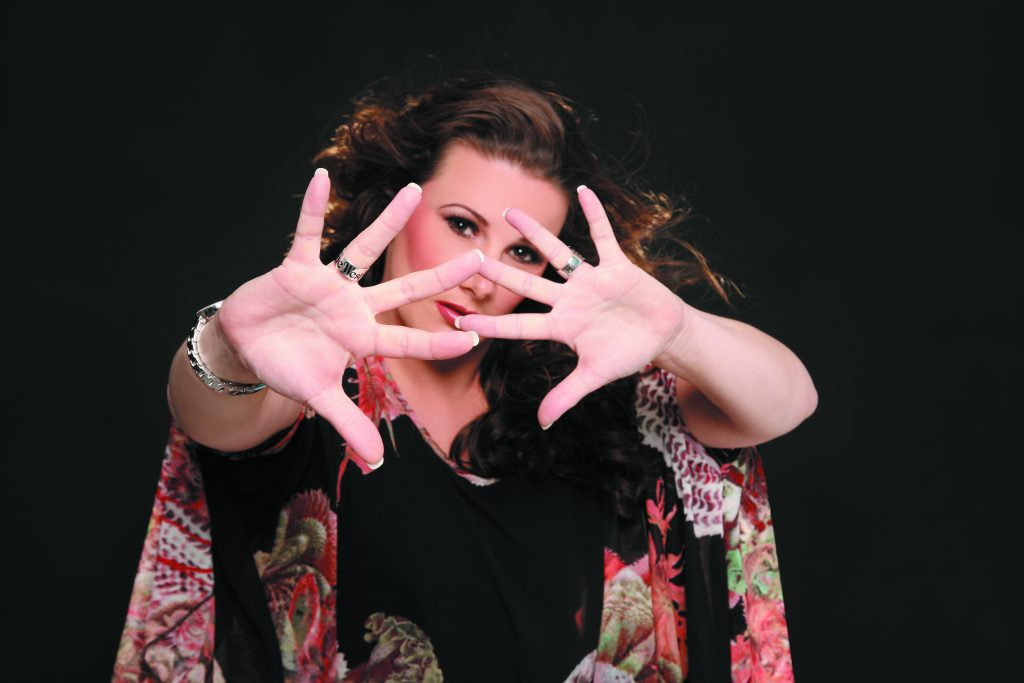 Born in Beckenham, Kent, you can hear the South-East London meets Leicester twang in her accent. “I wanted to be a footballer, up until I was about the age of fourteen, but then when I was about fourteen/fifteen, I went on holiday with some friends to a caravan park and began to have a bit of a crush on one of the Yellow Coats there. He was just so handsome and we slow danced to a song called Superwoman by Karen White and I couldn’t stop singing it. Next thing you know I’ve been told I’ve got a half decent voice and my mates kept getting me to sing in the toilets at the youth group and paid me in chocolate bars.”

“I went to Performing Arts College when I was sixteen and loved it so much that that’s what I wanted to do for a living,” it was a local Leicester band that later brought Sam to the city, “There was a band in Leicester that was around at the time called the Tony Carnegie Show, we were quite big and we used to travel all over the country and I got spotted doing a show at Pontins by this band and they asked if I would join the show. I came to Leicester, did a little audition and moved in to their house and that was like 15 years ago, so I’ve lived in Leicester for fifteen years, that’s a pretty long time, it’s my home now.”

Having worked as a painter/decorator and direct debit clerk in her early years, she speaks about her career before the X Factor, “I was a Prison Officer for three years and I loved the job. I think being a prison officer is generally a misunderstood job; people tend to think it’s just someone in uniform, swinging a set of keys looking hard; it’s not always the case. Prison Officers work very closely with different teams of people, psychologists, healthcare staff and probation and we all work together to help rehabilitate people, so we’re not just the ones that lock them away, we are their first port of call on the wings and we help them and try to keep them as safe as possible whilst they’re in prison.” 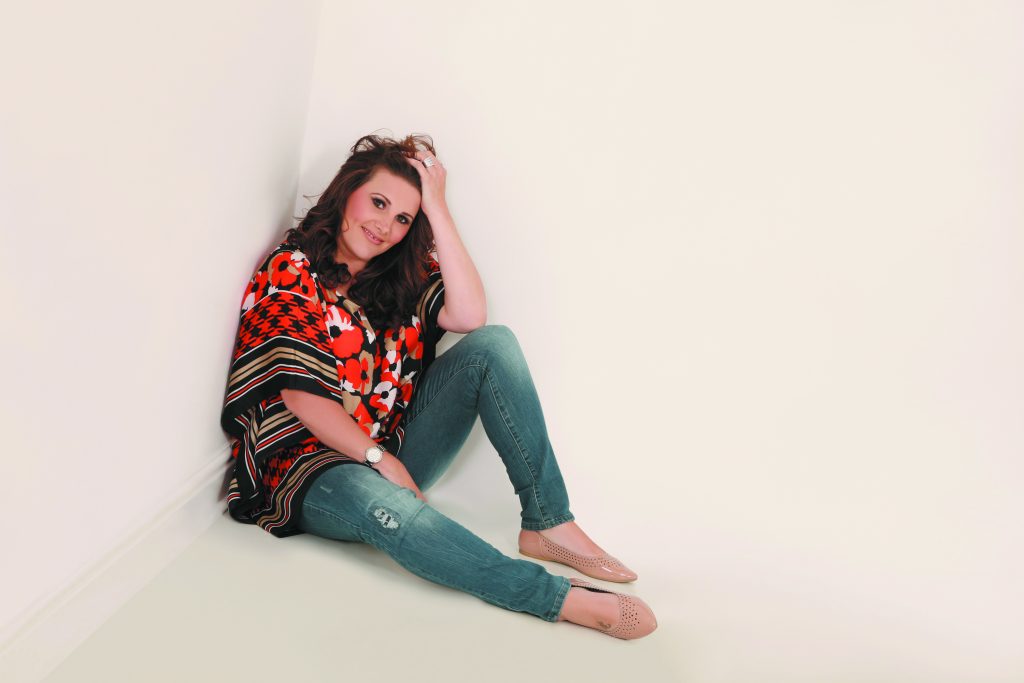 The mum of three, entered the reality talent show X Factor in 2013 and wowed the judges with her soulful rendition of Beyoncé’s ‘Listen’ in the audition, “I remember being in the line and there was me in my frumpy top and my high heels that I couldn’t walk in and behind me there was this woman that looked like Beyoncé and had like the most stunning hair and make-up, she looked absolutely stunning and then I was like, well I’ve got no hope!.”

The singer’s soulful voice saw her crowned as the X factor 2013 winner, “I think the reason I probably got as far as I did is because there are people out there that can relate to me, everyone wants to be successful in what they do, there’s loads of mum’s out there that can’t do what they wanna do because they’ve got children. I’m lucky I’ve got people to support me so I’m always one of these big believers in trying to push people to help people, because if you’ve got a dream, you should be able to go for it.”

“I like doing any song that expresses the way I’m feeling, there’s no point in singing a song if you can’t understand what you’re singing. Yeah you can sing in the shower and stuff like that, but when you mean it, it’s so much more relevant.”

Speaking about her rise to fame, the singer shares how she found people running around after her a weird experience and how she doesn’t associate herself as a full-time “celebrity”. “I don’t really like being known as a celebrity, because I can dip in and out of it, when people come and see me in the streets I expect them to come up and say hello because as far as I’m concerned if it wasn’t for those guys I wouldn’t be sat here right now saying to you that I won the X Factor, so they’re the ones that picked up the phones at the end of the day, so you shouldn’t ignore that.” 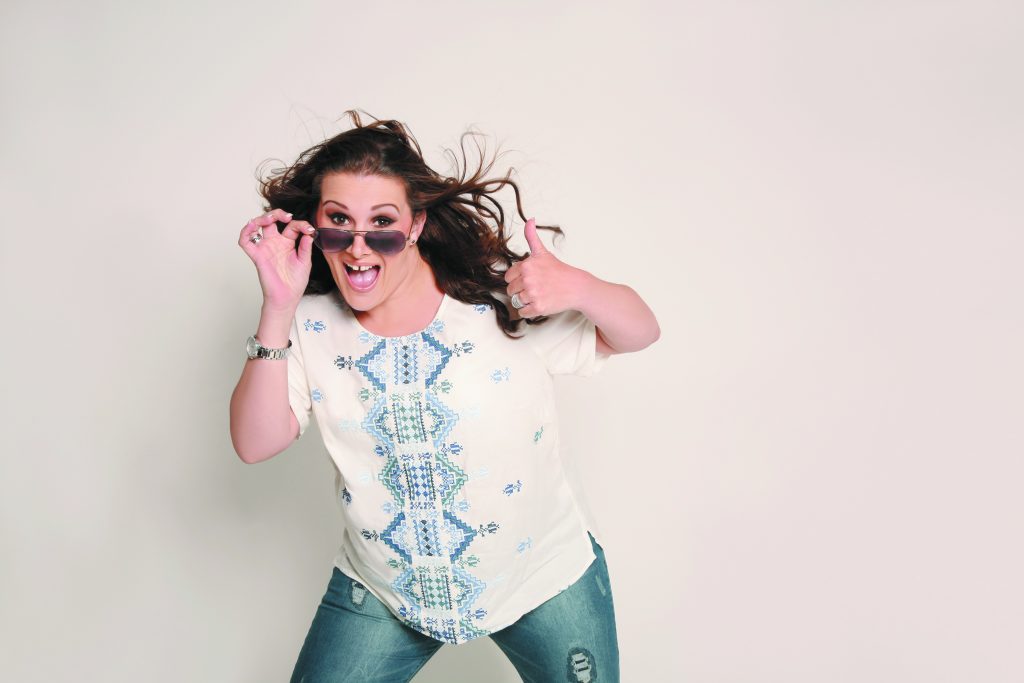 Being in the public eye, how does she deal with negative press? “I have a lot of negative press, but I tend to laugh it off because negative press to me only makes you stronger, if anybody’s been bullied out there or if anyone’s being given any negativity against anything, it should be something like that, that builds more bricks around you to make you a strong person. I’ve dealt with negativity for a long time ever since I was young so I was bullied at a very young age, I just didn’t stick up for myself back then, but now I tend to.”
“Negativity and bad press and stuff like that comes hand in hand with this show business that’s one of the downsides to it I suppose.” Speaking about being dropped from her record label she explains, “I wouldn’t say dropped, I would say set free. I appreciated Simon Cowell; he was an absolute diamond when I met him, really nice guy. But I understand that he is a business man. I’m 37 years of age, Look at me, I’m not a popstar, I’m a mum who went for a dream and got it, if I can carry on doing that and singing and making people happy, I’m happy, it doesn’t matter about a record label.”

Counting her X Factor 2013 success as one of her career highlights, Sam shares her memorable experiences since winning one of the UK’s biggest talent shows, “Opening the NTA’s with Michael Bolton last year was a massive highlight, also supporting Engelbert Humperdinck on his UK tour was pretty incredible. I’ve done so many things and I’m not just sticking to one aspect of the entertainments business, because I want to keep going, I want longevity and the only way you can do that is if you work your butt off and that’s what I intend to do. If it means that I provide for my family so that my husband doesn’t have to work and we all get to live a happy life and do some pretty spectacular things then I will carry on grafting like any mum does.” 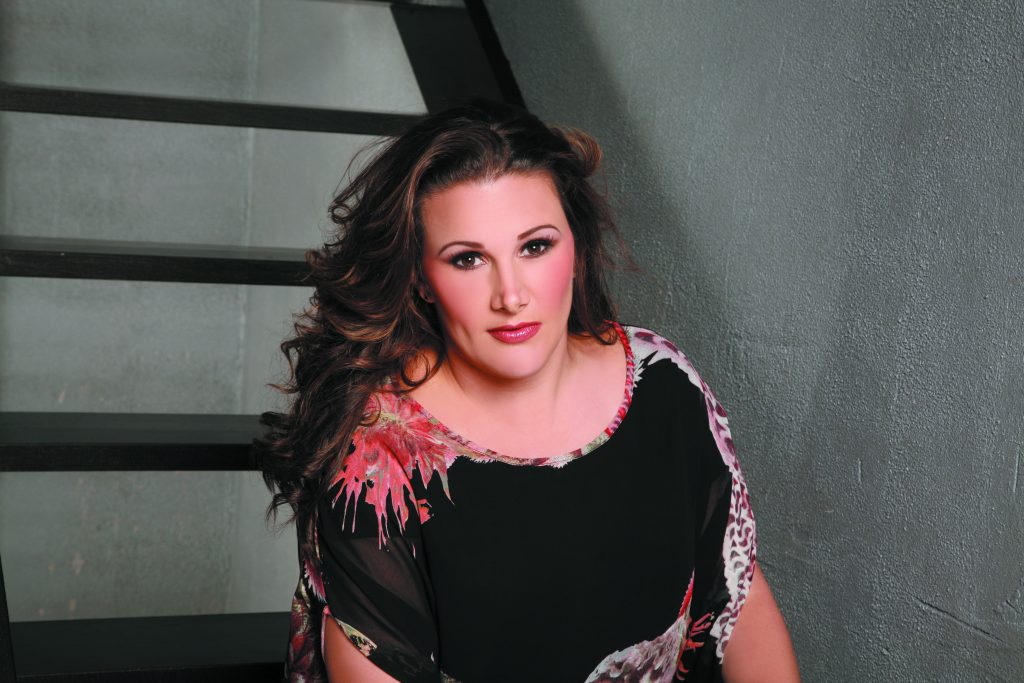 Looking ahead, she shares an insight into her upcoming projects, “I’m doing so much stuff, I’m doing Panto and I’ve got loads and loads of gigs lined up. I’ve just recorded a couple of songs for an EP, so I’m gonna be bringing out that soon, it’s written by myself, Ben Adams from A1 and Shelly Poole from Alisha’s Attic.”

Sam is the headline act for this year’s Leicester Pride Festival in September, “I’m very much looking forward to that, I’m a big believer if you can’t be yourself, who can you be? And some people don’t get the opportunity to be themselves, so it’s nice for people to come together especially at Pride and be able to be themselves and not have to be ashamed of who they are and what sexuality they are.”

Also in September, her fans will have the opportunity to see her perform at another unique event, “There’s an evening with Sam Bailey at the King Power Stadium on the 10th of September, it’s a Q&A with me and I’m gonna do a bit of a show as well. There’s gonna be a chance for people to ask me honest questions about how the last year and a half has been, it’s gonna be a good night! There’s gonna be a lot of people there who want to see me and hear some great songs, you never know I may be singing my new single.”