It’s been an exciting two year’s so far for the emerging Leicester five-piece band. They’ve signed with iconic Island Records, appeared on Later with Jools Holland and played at festivals including Coachella. Pukaar Magazine chats to frontman Murray about the bands unique sound, being on the road and what’s to come.

With years of musical experience behind them, having each learned their craft from a young age, each member brings something a little different to the group. Murray and Sam (bass/sax) met whilst at school and performed in various jazz bands together. They met Olly (drums) and Lewis (guitar) shortly after leaving school, who had also played in bands around Leicester. It was then Olly that met Jordan (synths/backing vocals), the final member of the group whilst doing tech for Jordan’s previous band, By the Rivers:

“It’s a little bit crazy how we all came together really. I remember Olly asking Jordan to join the band on a drunken Friday night out in Leicester. The next day, I had to ring our manager and tell him we had another member, which was a funny conversation. That was about two years ago now; the time has flown by.  It was all very organic; essentially, we all fell into each other’s laps. Sometimes, I think that it was the universe itself that brought us together; I certainly hope so.” 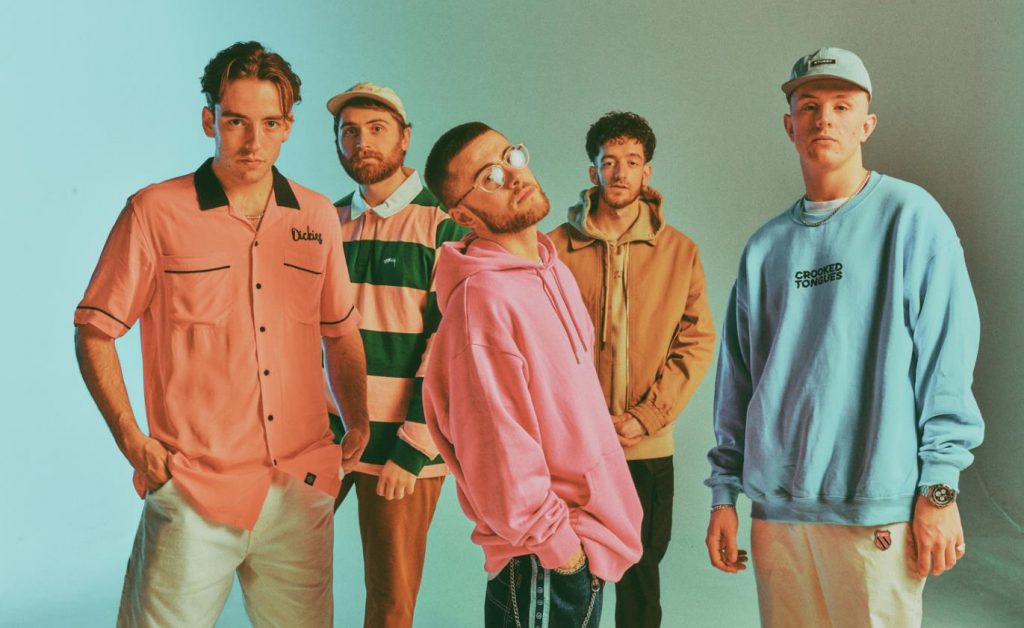 If you’ve listened to Easy Life, then you know it’s quite tricky to pin their music to just one genre. Their diverse sound is an original mix of RnB, Pop, Soul, Hip Hop, Indie and Jazz: “Crucially, our music is full of possibilities. We never want our new music to sound too similar to our last release. For this reason, sonically, we are constantly evolving and experimenting.”

When it comes to the musical direction, there is no set formula for how a song is written and produced. The majority of the music created, explains Murray, is a collaborative process between him and the band’s Nottingham-based producer, Rob Milton: “Together we manage to create wonky sounds and melodies which are all tied together by the storytelling nature of my lyrical content.”

As for the lyrics of their songs, inspiration comes from everywhere, and the lead singer admits there’s rarely a moment when lyrics and melodies aren’t brewing: “There is never a set process. Processes are boring. It is always an exploration, a hedonistic dive into the unknown. Each song is inspired by genuine experiences. The way I see it is, if I have experienced something, then the chances are that other people have too, and therefore, they can relate. This is important to me; I want people to feel something, or be reminded of how a certain event affected them previously.”

Released back in May, ‘Houseplants’ and ‘Spaghetti Hoops’ are two tracks based on the philosophy that no one is happy one hundred per cent of the time, reveals Murray. ‘Houseplants’ explores the possibilities of love and romance where, on the contrary, ‘Spaghetti Hoops’ looks at the more sinister topics of self-destruction and addition: “You have to be real. We can only write how we are feeling at the time. As long as we keep doing this authentically and openly, our music will always translate to people who can level with our own experiences.” 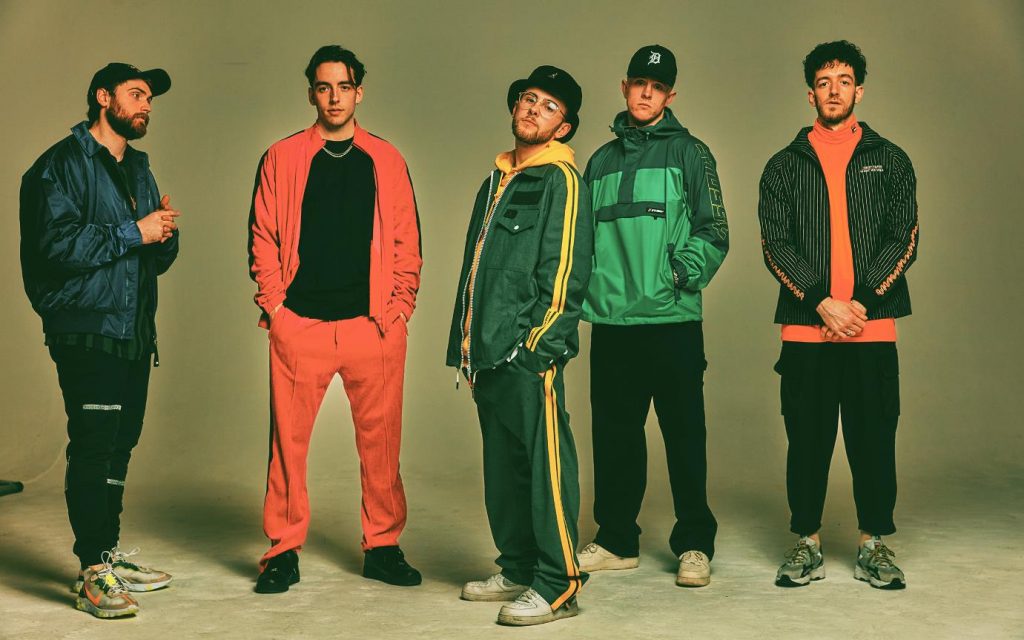 Currently, in the midst of a tour across Europe and the US, Easy Life has played at some unforgettable venues including the Governors Ball in Brooklyn, New York and renowned music festival, Coachella in Palm Springs. As any young and ambitious band would be, they’re having the time of their lives: “It is such a privilege to be able to travel and share our music with likeminded people from all over the world. This is something we will never take for granted and always look forward to.”

Although they’ve travelled the world, all five members would agree that it’s always a pleasure to perform back in their hometown where it all began: “There are some amazing places in the world, one of which is most definitely Leicester.” Back in March, they had the opportunity to perform at the city’s O2 Academy which was a sell-out show: “It’s always a lot of fun to come back home and play in Leicester.

“With it being home, the crowd is often full of friends and family, and it’s always a blessing to return and show them what we’ve been writing, and experimenting with. There is something truly magical about playing in the city where we formed; we will never get used to that sensation.”

Their fearless ability to experiment and try something new is what makes Easy Life so current, unordinary and unpredictable, which in turn, leaves their fans wanting more: “We are always working and writing. Our ethos is one which prioritises being prolific, which has helped us find a unique sound quickly and cement our values. People in all lines of work are only successful if they are driven and work hard consistently, and this isn’t a revolutionary vision, on the contrary, it’s quite obvious really.”

After their tour, Easy Life has a clear goal in sight, one I’m sure all of their fans will be thrilled at: “We can’t wait to write and record the album. I think it’s about time we bite the bullet and get on with it. Releasing the debut will inevitably be a huge milestone for everyone involved in the project, and one which we are all desperately striving towards.”