2017 proved to be a great year for Marcus Joseph. The Leicester-born saxophonist, spoken word artist, writer, composer and teacher speaks about his creative inspiration, career highlights and what’s to come.

An inspiring array of music genres has given this young musician his own unique sound, one that he describes as a ‘warm fusion of jazz, reggae, hip-hop and contemporary music.’ You could certainly say that music runs through his blood; classically trained on the clarinet at the age of seven, he’s also played in various Leicestershire Arts county bands and orchestras:

“I come from a musical family, my dad plays the saxophone and my mum sings, so I’ve always had a musical influence around me and I was always listening to the sounds of jazz, soul, motown, reggae and hip-hop growing-up.”

It was at the age of 16 that he decided to follow in his dad’s footsteps and watching the likes of Mark Bunney and Soweto Kinch perform inspired him to take up the saxophone full-time. He went on to study jazz music in Spain, New York and the birthplace of jazz itself: 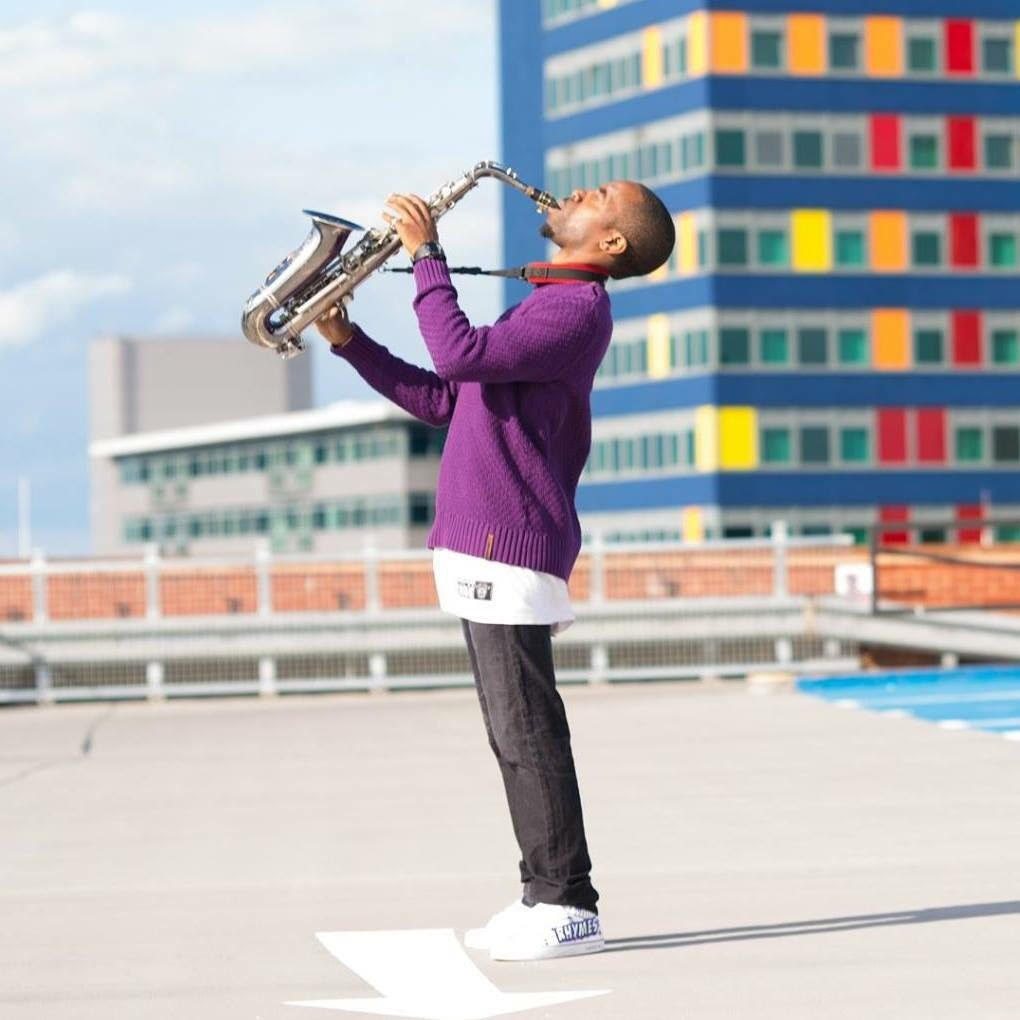 “Everyday something was happening for me in New Orleans. I learnt about jazz music at the heart of where it all began. The food, the culture and all of the experiences I had really helped me on my journey.”

Not wanting to be classed solely as a jazz musician, the young musician began to fuse his favourite styles of music together, and even introduced spoken word into his pieces. “I’m inspired by my own personal experiences and my dreams, as well as issues around the world. Even something that I’ve read often encourages me to write something down.”

Back in October 2017, he showcased Paradigm Rhymes: Beyond the Dome at Leicester’s Curve theatre as part of their Inside Out Festival. This futuristic theatre production of spoken word narration, live jazz music and projected comic book digital imagery was a project that had been in the making since 2013: “As well as inspiring children, the aim of the show was to introduce them to jazz music and show them that it’s a genre that can be hip and cool.”

It was during this time that the young talent was named one of the top 100 musicians in Salute Music Makers, a revolutionary music competition helping to bring new opportunities for UK talent. Although Marcus didn’t reach the finals, it was a great experience and one that really helped him in terms of exposure.

With a busy schedule, Marcus passionately strives to develop his music and to continue inspiring the children he teaches: “We’re hoping to expand Paradigm Rhymes into a series of stories and I’m also working on my album, so it’s looking positive.”