The 70th anniversary of India’s independence that that was celebrated this year was a date of historical significance, with a social and cultural depth that reminds us of the important events that changed South Asia forever.

The year 1947 proclaimed the end of the British India in the subcontinent, the end of colonial domination and the delineation of the territories and cultures that brought about the division and formation of two new nations: India and Pakistan. 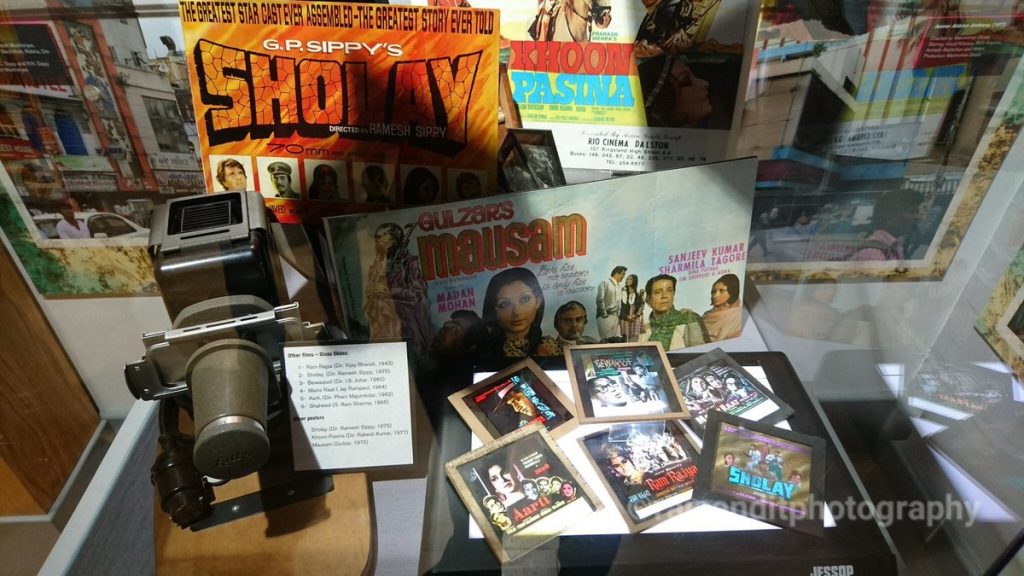 Marked by the boundary of an imaginary geographical line called the Redcliffe line, the two countries were now not only divided on the map, but also culturally, politically, ideologically and religiously. At De Montfort University’s Heritage Centre, the exhibition “Restoring India” that has been running in the past two months engaged materially and metaphorically with the idea of restoration of the nation and of a unique film culture.

Simultaneously, the exhibition has paid homage to the struggles of a burgeoning nation, its uniqueness, its traditional values and shifting identity. The exhibition was carefully curated and showcased a small selection of film posters, promotional glass slides and film booklets; among the film posters selected there were Tasveer a 1966 J.B.H. Wadia’s film, Amar Akbaar Anthony (1977) by Manmohan Desai and Alaap, (1977) direct by Hrishikesh Mukherjee to mention a few films that have pictorialized the changing facets of Indian society.

This selection was instrumental to have a taste of the vibrant film culture from India and that intersected with the cultural panorama of Britain. The selection of specific salient artefacts and film titles was important to record the history of how such films have contributed to the circulation and appreciation of Bollywood in Britain in the 60s and 70s.

The rich cinematographic history of India celebrated Indianness through memorable films that stretched the imagination of a united land, of fraternity and new identities, seasoned with melodrama. The exhibition was a tribute to the invaluable patrimony available on India cinema as testimony of this wealthy culture outside India, and a testimony of the vibrant presence of Indian cinema in the UK. This exhibition is part of a larger project that intends to bring back to life the cinematic artefacts that built part of the film culture of India in the UK and the very essence of a nation in transformation.