Who would have thought that Josette Simon OBE was once a quiet pupil at the back of the class at Rushey Mead primary school.

The star of stage and screen loves her amazing career in film, tv, stage and radio, and sees much irony in the fact that she is an introvert by nature.

However, she tells us: “Introverts often make better actors than extroverts – It’s ironic but that’s the truth of it.”

Back when she was the youngest of four siblings living with their Caribbean ‘Windrush Generation’ parents, theirs was the only black family on their new housing estate and racism from some meant life could be hard at times.

However, she loved school and was very studious. Becoming an actor was the last thing on her mind. “Never, in a million years, would I have ever wanted it or considered it possible – and neither would anyone else. I was keen on going to university to study languages.” 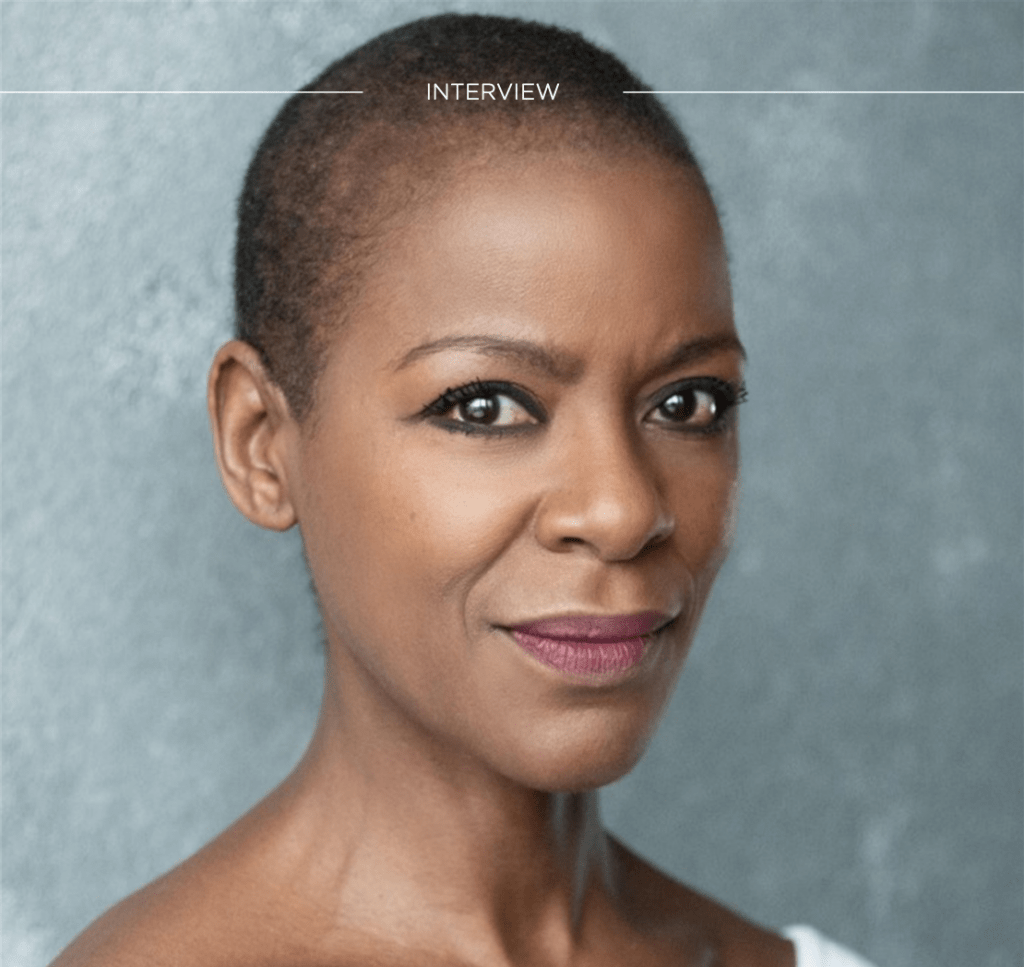 Yet here she is, loud and proud, with 40 years in the business, still going strong and currently on our television screens as the Dryad Queen in the Netflix hit series The Witcher. Out of costume everyone recognises her, as she has played so very many and diverse parts on television, in film, on stage and radio.

Her IMDB cv reads more like a Want to See wish list and – as well as winning several Best Actress awards, including the Evening Standard, Laurence Olivier, Critics’ Circle, Toronto Film Festival and Paris Film Festival Awards – she received the OBE for services to acting in 2000, a great honour indeed.
Also an Honorary MA from Leicester University for Services to the Arts and the Pioneers and Achievers Award. This year she was invited to be included -and is now part of – the prestigious publication, Who’s Who.

So how on earth did this shy and studious introvert emerge into the confident highly-acclaimed actor we see today?

Josette told us: “After I passed the 11-plus, I went to Alderman Newton’s Grammar School for Girls, where, again I was the quiet girl at the back.”

The metamorphosis began when she was about 13. She recalls: “My friend saw an advert in the Leicester Mercury for young people to join a choir to appear at the Haymarket Theatre
in a production of Joseph and his Amazing Technicolour Dreamcoat.

“She begged me to go with her, so I eventually agreed. We got in and appeared there every night—it’s where I met Alan Rickman, who played one of Joseph’s brothers. The production was popular and every year was revived, with us in it. We also did the pantomime and I was cast in other straight plays by several directors there, all after school. This spanned over about 4 years.

“I thought it was fun but I was still on course to go to University and study Languages. I got 10 O-Levels. (GCSEs.) Went onto my A Levels and had a place.”

Then, she says, on a normal day in an ordinary week,

“I suddenly had an epiphany. I just had this feeling. I thought, I love languages but I’m going to be an actor.”

“I asked Alan (Rickman) what was the best place to study acting and he told me the Central School of Speech and Drama in London, which was the same place that Maggie Smith and Vanessa Redgrave went, so I applied and that’s where I spent the next three years.”

When you’re young you just do it. I wrote to them for an audition and got in. I didn’t know then, but thousands had auditioned and only 29 of us got a place so I was lucky.

“I was delighted, but my parents never really came round to the idea of me being an actor. I think perhaps they saw acting as inferior to studying languages at university and they never came to see me on stage.

My mum passed away with alzheimer’s several years ago and my dad died last year at the Leicester Royal Infirmary – I was here in Leicester holding their hands when each of them died. I loved my parents and forgave them for not seeing my work.

Acting isn’t the only string to Josette’s bow, not by a long way. As an adult she re-learned French and is now fluent.

Perhaps more surprisingly, she’s also fluent in British Sign Language and is Patron and/or Trustee of several organisations for the deaf.

This came about, she says, because a good friend of hers had a son, now 16, who was born deaf and would be using sign language. As he was growing up, Josette decided it was important to be able to communicate with him fully so embarked on learning BSL. Josette’s daughter with former husband (and still life-long friend) Mark Padmore, was young at that time – so she learned it too!

Proud mum Josette says she and Mark (renowned opera tenor who himself was last year awarded the CBE), are still close and have always worked together in bringing up their daughter: “Our daughter is now 19 and studying music at Oxford. An ardent cellist she still visits my friend and her son, with me. We all have lovely long conversations together using sign language.” Having lived in London for many years, Josette has lots of friends who aren’t anything to do with acting. They do all sorts of jobs, some are cleaners. I love their company. I’m not the type who goes to the ‘openings of envelopes’, she quips.

She often plays serious and heavy parts, especially on stage for the Royal Shakespeare Company, with whom she made history as the first ever leading black actress, back in 1984. She is an Associate Artist of the RSC. But in real life, she loves humour and companions who she can really have a laugh with.

Sometimes she likes to get away and has a camper van in which she and her loved ones and beloved dog Milo will often escape to the countryside or coast. That is, when she and Milo are not ‘on duty’ in her free time, visiting adults and children in hospital and hospices. Milo is a PAT (Pets As Therapy) dog, giving comfort to the sick and dying. 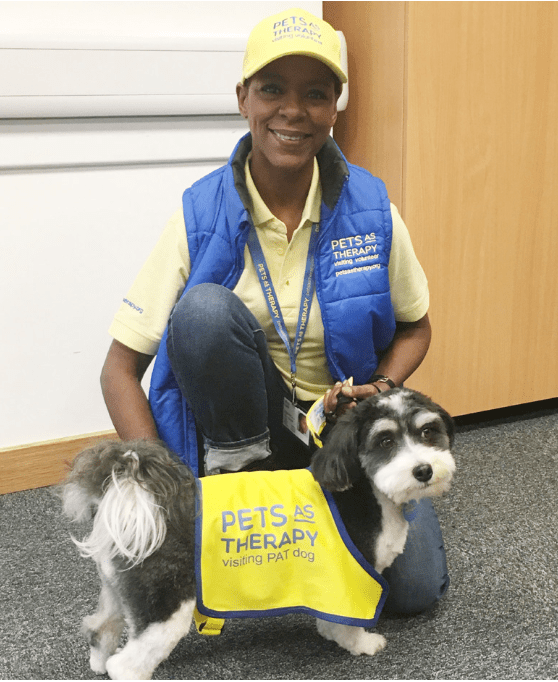 Among all her other interests, Josette is learning to ice-skate, loves yoga and is involved in an enormous amount of charity work as an Ambassador for the Alzheimer’s Society and the RVS. She is also learning to play the Ukelele.

Work-wise, she would like to do more comedy. She can also sing well, so a musical would suit her. “I love to do different things and enjoy a challenge,” she says.

She also says she’s happier now than she has ever been.

“It’s funny. When I was about 20 I read an article saying that older women were the most contented of all age groups. I thought, how can they be – they must just be getting ready to die!”

“I now realise it was absolutely true. I love getting older, you feel stronger, you know who you are and you don’t put up with any nonsense!”

Next on her agenda, she’s about to start filming as guest star in Sky1’s third season of Riviera, in which she plays, ‘a woman who is wanting to avenge the death of her husband who died in mysterious circumstances.’

Definitely one to watch out for.

Josette as the Dryad Queen in Netflix’s The Witcher series – Image Credit: Netflix