PUKAAR MAGAZINE SPEAKS TO LAURA RATCLIFFE, ONE HALF OF THE ACOUSTIC DUO THAT FORM MIA AND THE MOON

There’s something strangely humbling about siblings singing together, when you think about Haim and back to The Corrs and Oasis, there’s a certain chemistry that goes unnoticed. That can be said for Laura and Mary-Anne Ratcliffe, two sisters who grew up in Leicester and brought together their unique, musical styles back in 2012 to form Mia and the Moon.

Laura and Mary- Anne were born in Bournemouth but moved to Leicester when they were just toddlers. Music has always been a major influence in the sister’s lives, as they were born into a family who sang bluegrass and country. Laura, the eldest of the two sisters recalls going to festivals around the country to watch their parents perform, allowing the girls to soak up the music and gospel sounds, and It was there that they were inspired to follow. 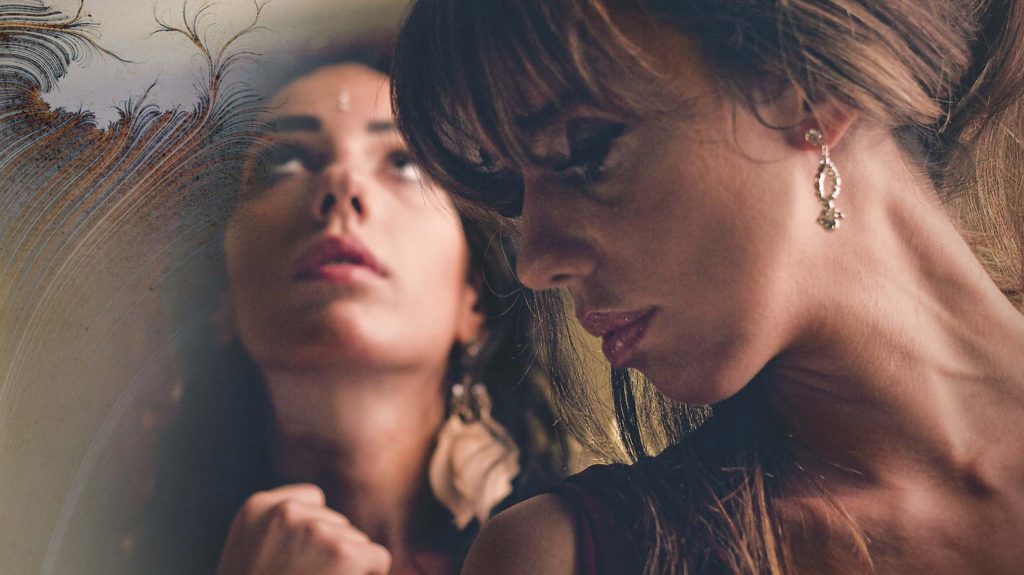 The girl’s individual, infusion of musical styles brings a soulful yet folky sound, with their beautiful and delicate harmonies working simultaneously with one another. Laura and Mary-Anne’s styles are worlds apart but somehow fuse perfectly together. Laura brings elements of jazz to Mia and the Moon, which she grew a passion for whilst working on cruise ships for many years. She was also a guest vocalist at the New Orleans Jazz Festival, in America back in 2011. Mary-Anne on the other hand is the lyrical genius, and writes all of the band’s music; she did her first performance aged 15 at the Looking Glass in Braunstone Gate, and two of her songs were remixed by producer Marco V in 2009, which reached the top ten dance chart through Radio 1 air-play. Mary-Anne’s love of rock music brings a grittier sound to Mia and the Moon.

Laura shares how their creative process works when writing music: “Mary-Anne will write a story about something she wants to tell the world, so the lyrics are very important. For example she went to see a Pink Floyd tribute show and so much of it inspired her, and the story of Pink Floyd influenced her to write a story, which she then set to music. Whereas I will sit at the piano and I’ll just play some chords. Whatever I like about where the tune is going with the chords, I build on that. Sometimes I’ll write some absolute garbage that makes no sense lyrically, but it fits with the music. You couldn’t be more different in our styles really.”

Mia and the Moon have performed at endless gigs across the country and around the city of Leicester, and love to perform at venues such as The Musician and Pi Bar. They have had a fantastic response to their music, which has determined them to keep making music and performing. Laura explains what inspires their songs: “Our last album Fall Awake featured a lot of love songs about heartbreak and very much about being in relationships. Mary-Anne at the time was breaking up with her boyfriend, so the songs were very personal and some of them a bit melancholy. Whereas our next album that we’re working on is grittier and reflective on what’s going on around the world, it’s less about love and relationships and more about making statements.” 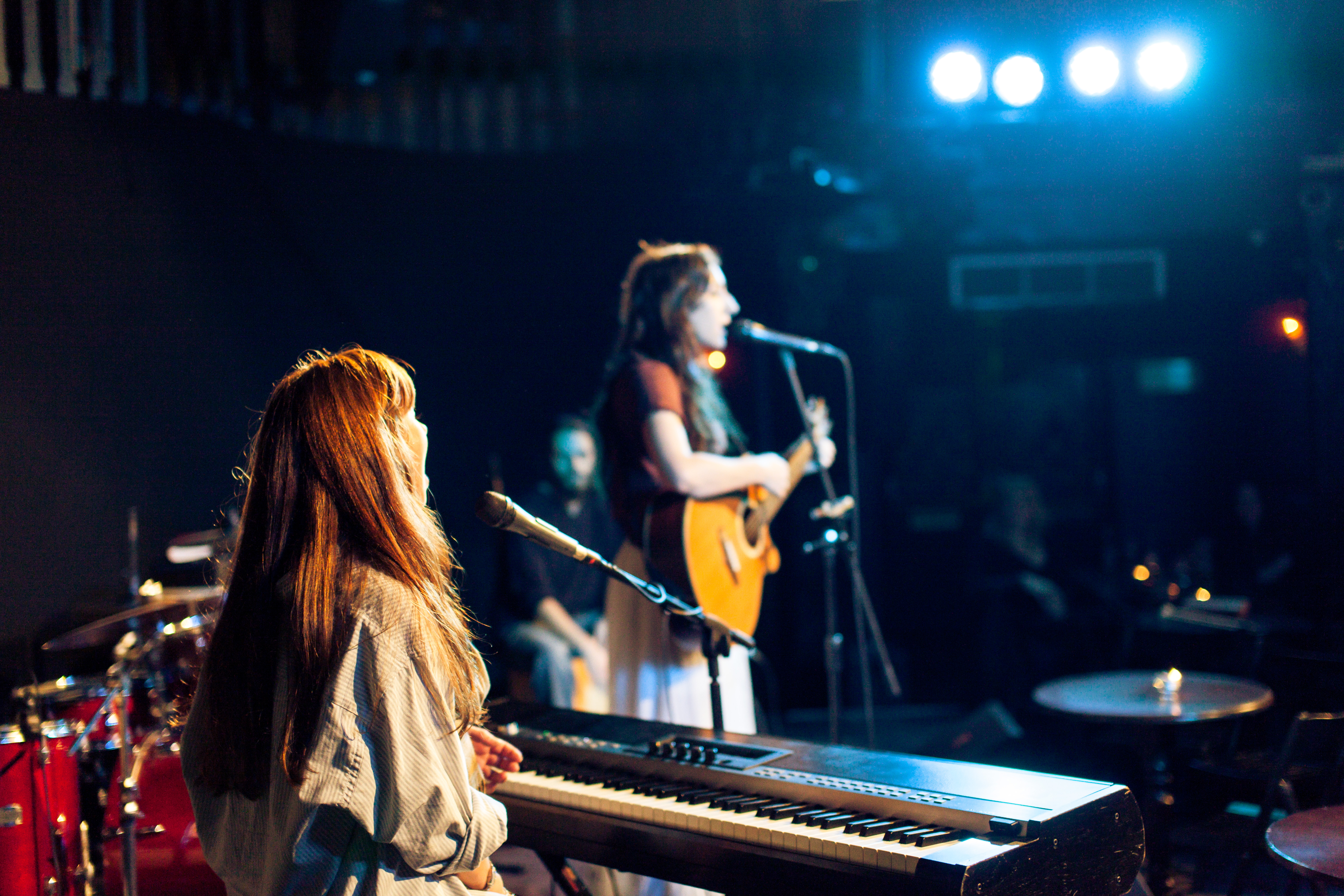 The girls auditioned for the X Factor back in 2012 and got through to the boot camp stage of the competition, but decided to quit as it wasn’t for them. This experience allowed the girls to focus more on what makes them happy. Laura reminisces on a handful of their highlights so far: “A memorable yet random performance was when we were flown out to perform at an official government wedding in Lebanon last year in the capital Beirut, we were a bit nervous but it was actually the most beautiful place we’d ever seen. This year we’ve done some stuff for BBC Introducing and we’ve been on Radio One doing various shows and events for them, so that’s been really exciting.”

Since coming together in 2012 the band’s music has developed and evolved over the years: “I now play the piano/keyboard and Mary-Anne now plays the electric guitar. These were two instruments that we both didn’t play when we first started, we would just sing with an acoustic guitar. Playing the keyboard allows me to add many other layers to the music, which is great. We now have a drummer who also plays the Cajon box, so our music has really gained a fuller sound.” Even though Laura and Mary-Anne have different styles and tastes in music they both love and are inspired by the likes of London Grammar, Ben Howard and Eva Cassidy, who their mother used to play when the girls were growing up.

Following from the band’s experiences and success, Mia and the Moon have some exciting gigs lined up this summer, including a performance at Leicester’s Simon Says Festival. Laura tells us how the opportunity came about: “Darren at The Musician in Leicester said that he was going to be putting bands forward for Simon Says Festival and asked if we would we be interested. We performed there back 2014, but because they like to mix the bands up we didn’t perform last summer, but they’ve invited us to come back this year. We had a really good set when we played at Simon Says previously, it was a really sunny day and people were dancing. We loved it, so we jumped at the opportunity to come back and we can’t wait!” Simon Says Festival will take place on Saturday 23rd and Sunday 24th July at Leicester’s De Monfort Hall.