Pukaar Magazine’s Jessica Challoner-Sterland speaks to Peter Liddle, former museum curator and archaeologist, about the museum’s history, artefacts and its plans to celebrate its 50th year.

Jewry Wall Museum opened its doors in Leicester on March 4 1966 by curator Norman Cook. The museum was designed by world-renowned architect Trevor Dannatt, who designed it as a result of excavations made by Dame Kathleen Mary Kenyon between 1936-1939, in order to correspond with her findings of the Roman baths and the museums centre piece, The Jewry Wall. What remains of the baths were discovered by chance when a factory was demolished in order to coincidently build new swimming pools. 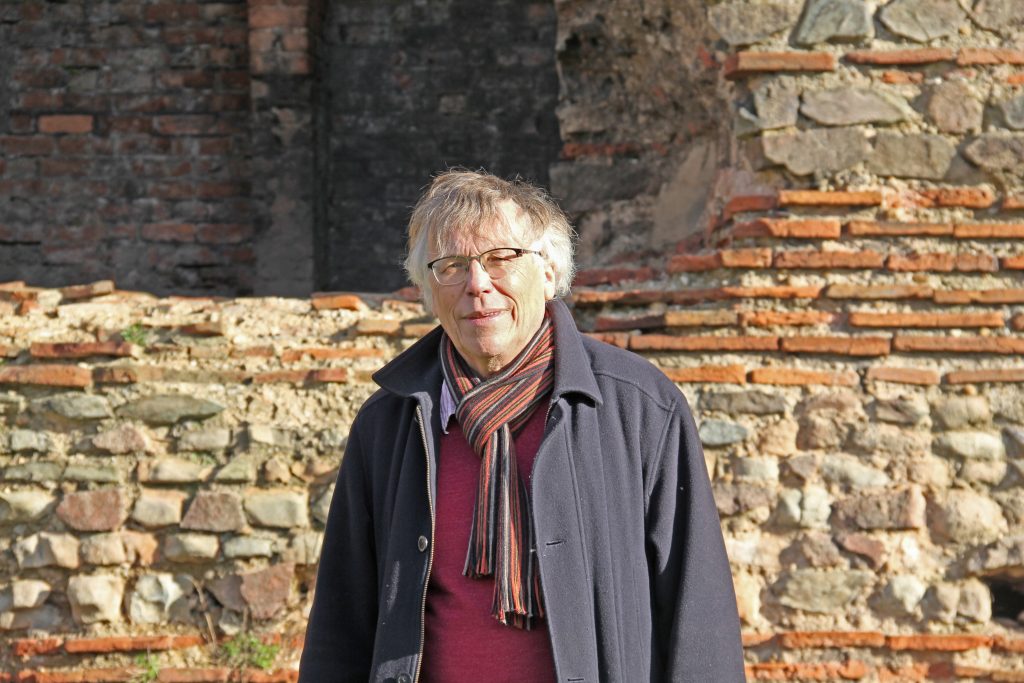 “Dannatt made a real effort to link the historical site and the building, said Peter.

“The large beams that run across continues the line of Roman walls that are out on the site, the shuttered concrete up above the museum echoes the vaulted style of the Roman baths. He tried very hard to link up Roman history with the modern building. Since 1966 this has been the main archaeological museum for the city and for the county. Although after 1997 when the city and county museums services split of, a lot of the counties artefacts went to other museums around Leicestershire.”

The Jewry Wall is the second largest piece of upstanding Roman civil masonry in the country and the only visible survival of Roman Leicester; standing at nine metres high the wall is made from several types of stone that comprises of granite, sandstone and slate from Charnwood Forest. The museum, along with its historical site, stands at the heart of Leicester’s city centre.

Peter has endeavoured a strong history with the museum and it’s been a big part of his career: “I used to work for the County Museum Service and of course up until 1997, Jewry Wall Museum was a part of the County Museum Service, so I worked in the building for over 20 years, one of the very few purpose built archaeological museums in the country. As an archaeologist who was born and brought up in Leicester, it’s always been an exciting place for me.” 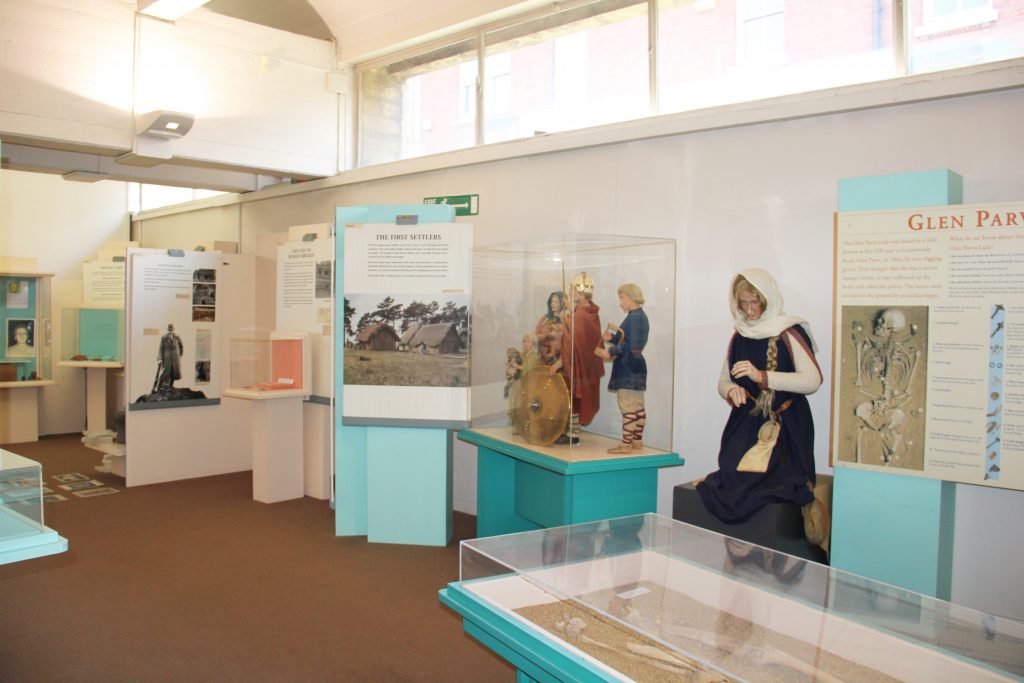 The museum’s content helps to tell the story of pre-historic Leicester up until the end of the medieval period. It is home to insightful artefacts, some of which include the remains of The Glen Parva Lady and The Trevor Rainer Collection, a collection that was produced by the Leicester Search Society in memory of the local metal detectorist who found coins dating back to the times of Edward III. With new excavations being found in Leicester over the years the museum has slowly acquired new and exciting artefacts.

Peter has been involved with many of the excavations that are showcased in the museum, which we discussed in great detail. “Bit-by-bit things have been added to the museum including the wall plaster from the Norfolk street mosaic from King Richards Road which is fabulous, it’s one of the most complete walls of a Roman building found anywhere in the country, which was excavated back in 1975/76 which I was involved in.

I also helped carry the mosaic through the streets of Leicester on sheets of cardboard, a rather unique experience. As time has gone on more things have come into the museum like the black friars Mosaic that used to sit underneath the Great Central Railway, it was a couple of hundred yards away in a purpose built vault under the railway, but when the railway closed they stopped keeping the vault properly maintained and water was dripping through. In the end the mosaic came into the Jewry Wall Museum and it’s one of the finest mosaics in Britain.”

The Jewry Wall Museum is a great centre for educational purposes, used by local schools it hosts an array of events, lectures and activities for visits. The museums archaeological inhabitants allow visitors to explore Leicester’s heritage. Peter added: “The museum itself has been able to build on the walls heritage. Like any museum it always needs a bit of money to build new displays, but it has a super collection of artefacts from Roman Leicester, the Anglo Saxon and the medieval periods. We now know that people have been living and working in Leicester for over 2000 years, in fact the excavations on this site were the first time that people realised that there was a big settlement before the Romans got here. This is the most difficult to find as it is right at the bottom of everything else. With there being 2000 years of history on top of that, we’re slowly teasing out the evidence for that settlement which we now know spreads for hundreds of metres along the bank of the River Soar and around the central point of the Jewry Wall.” 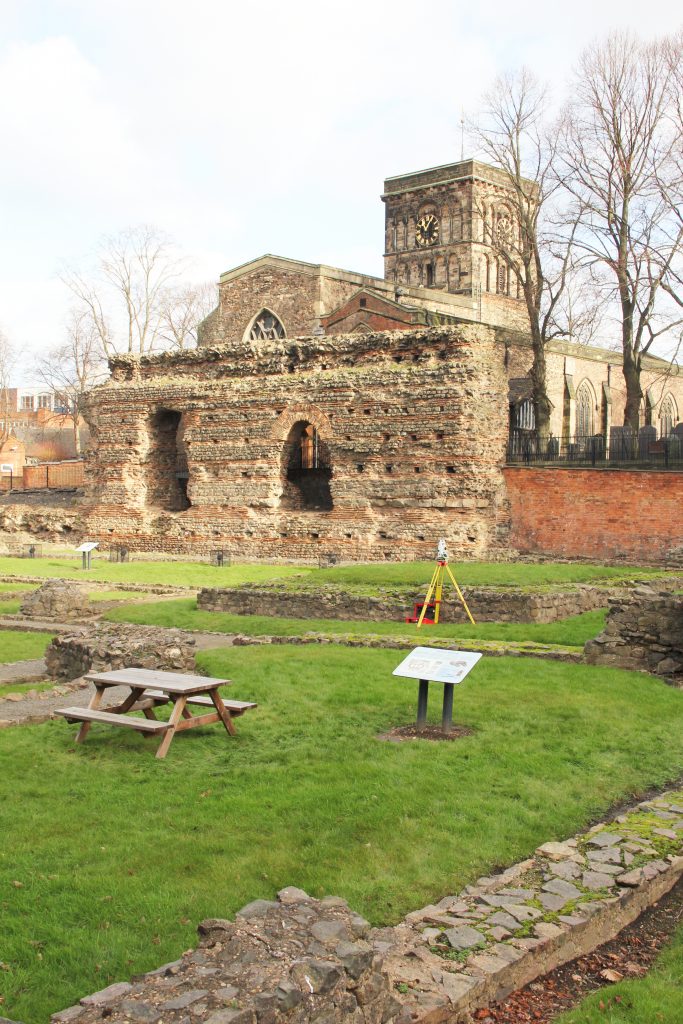 The Jewry Wall Museum is a great asset to Leicester’s history, but with it comes the price of keeping it open to the public. Jewry Wall has had a successful 50 years and none of that would have been made possible without the help of the Friends of Jewry Wall, an active group that works alongside the museum to keep it lively, with a strong educational outreach. “Museums need friends and the Friends of Jewry Wall are a very active group, who run the events and also provide volunteers that will dress up as Romans, Vikings and the Saxons to bring the history alive for visitors and give people a feel for what it was like to live in the past,” said Peter.
In celebration of the museums 50th anniversary it has made no exception to go all out: “There is going to be a birthday party and events over the weekend of the opening and there are also plans for events to continue throughout the year, to really celebrate the 50th anniversary.”

Peter himself will be taking part in the museums festivities that will include a lecture series: An Introduction to Leicestershire Archaeology. These lectures will run on Saturdays from 16 April until 21 May. Other notable events will follow throughout May which include The Dragon Trail of St George, Myths and Legends and Museum at Night: The Trial of King Richard lll.