Saga writer Lynda Page invites us into her home and shares the inspiring story of how she went from writing novels during her lunchtimes at work, to becoming a full time writer. 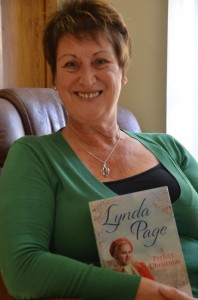 When did you start writing?

Well it’s very strange because I’d never written anything in my life, but I’ve always been an avid reader. One day my best friend Jenny, who I’ve known since I was 14, rang me up and said ‘Do you fancy going back to college and doing an O Level?’ I wasn’t too sure, I was 37 at the time. But I went along with it and I had great fun. We did all sorts of things and worked on some short stories. When we got some homework I would scribble something down and type it up at work because you got better marks if you presented a hard copy.

I was going through my files at work one day when I came across this little story about a boy and his second day of school when all of a sudden I started to picture his mum, her name and where she lived. Everything just came to me and I started typing. I don’t know what possessed me to write to this day but the result was Annie.

How did you get your first book published?

A friend who worked with me one day out of the blue said ‘Lynda you know that book you’re writing have you done any more?’ When I asked why, she said it was because she wanted to read it and find out what happens to Annie. So I decided to write some more and when I finished it she said ‘I really love that book what are you going to do with it?Aren’t you supposed to send it off somewhere?’

So I took out the Writers’ & Artists’ Yearbook and started to look for an agent. I found someone who was looking for female writers and sent my details off. When he rang me
we were on the phone for an hour and he kept saying to me, Lynda you sound like a writer – I still don’t know what a writer sounds like. He told me he’d get back to me in three weeks, but it ended up being two-and-a-half, which I didn’t realise at the time, but is pretty unprecedented.

You were still working full time when you were commissioned, was that very hard for you?

No, because I’m a firm believer that if you want to do something then you will find time. I didn’t go out a lot at the time because I had two teenage daughters, but when my friends were going out I would say no I’ve got this book to write. I had a friend who would be sniggering at the remark thinking what is she giving up a good night out for to do something futile. Anyway, I did it.

I think people can be very mean sometimes and say ‘oh you’re just lucky, I could do what you’re doing but I haven’t got the time’. When people say that to me I say you’re talking to the wrong person because I was working full time, was up at six in the morning, had two kids and was going through a divorce. I wrote because I wanted to write and so you just make time. When the soaps were on I was writing. When other people were out having fun, I was writing. 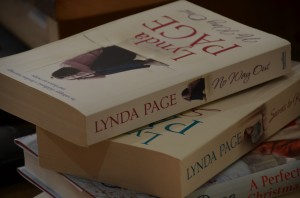 You seem like a very determined and strong person. Does this have a lot to do with your childhood?

I remember being a child of seven years. Every Saturday we used to go round to my step grandmother’s house for dinner and when I walked in on this one occasion two of my step aunties were talking about me and saying ‘Well of course Lynda with her background, she’ll never amount to anything’. My step dad used to treat me like I was in the way and I guess you’re always striving to do well. I was always in a man’s world at work too so I always had to strive double to do what they did.

Honestly, my mum and I didn’t get on very well. She was a very talented woman and
I don’t think her life went the way she had hoped so she was very frustrated. I left home when I was 17. One evening when I came home from work I found all my belongings in a carrier bag on the doorstep and I still don’t know why to this day. My mum died when she was 56 and I think she suffered from depression, of course in those days you couldn’t get it treated.

When did you begin writing full time?

In 2002 I had been promoted and was travelling to Coventry for a job I didn’t really like. So I handed in my notice and my boss got me a redundancy package. I then moved into the middle of nowhere in a place between Taunton-on-the-Hill and Oakham and lived there for eight years. I had a two-year-four- book contract, which went on for six years. When you’re writing two books a year you really only get three months to write a book because you’ve got promotions to do and you’re working on a book behind while you’re minds on what you’re doing for the next. It’s really stressful but very fulfilling I loved it.

When you work for yourself and you’ve got deadlines you have to be very very dedicated. I will get up in the morning, the laptop goes on and I will start to work. I know some writers who lock themselves away for six months where they refuse to speak to anyone. But I’m not like that. If the phone goes, of course I take it. You have to really push yourself. I would say the last six weeks of when I’m writing a book are crucial. I have been known to write 80,000 words in a month. 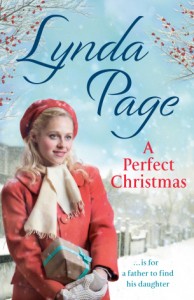 Can you tell me some more about the forthcoming book you’re working on?

I thought wouldn’t it be fun to write a story about a holiday camp? The forthcoming book is called The Time of our Lives and starts off in Leicester but moves to the East Coast. I had such fun writing it because not only have you got all the staff, you’ve got the setting with holidaymakers coming in and out. I’ve created the perfect murder and not only has it got crime, it’s got fun and human relationships in it. They’ve already asked me to do a sequel and my agent reckons it’s good enough to get on television.

Believe in yourself and go for it. Don’t take any notice of what other people say. If you want to do something do it. There’s always room for good books on the bookshelves. I would encourage anyone to write. The only thing is, these days you’ve really got to be different and you’ve really got to stand out. Don’t write to be published, write for yourself. Don’t emulate anyone else and just go for it. 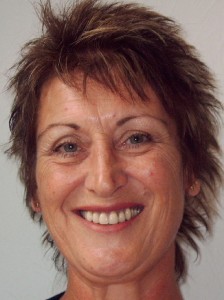 Born  and raised in Leicester, Lynda is the eldest of four sisters. She left home at the age of 17 and held down a variety of office jobs. On marrying she moved to Aberdeen where she lived for 11 years before returning back to Leicester.

At the age of 37 she wrote her first book during her lunch hours at work, which was snapped up by a publisher. She is now a full time writer, living in a village in Leicestershire currently working on her 29th novel.

1. The Murder of Roger Acroyd by Agatha Christie

3. How green was my valley by Richard Llewellyn

4. The Mystery of the Burnt Cottage by Enid Blyton

5. Angelic and the Sultan by Sergeanne Golan

Pukaar Magazine is offering readers the chance to win a copy of Lynda Page’s A Perfect Christmas. To enter simply pick up a copy of the magazine (or view the online version) and turn to page 39 for competition details.

‘My one ambition was to be a cricketer’