PUKAAR’S ZOE MUMBA TAKES A LOOK AT THE FASCINATING STORY BEHIND LADY JANE GREY, ALSO KNOWN AS THE QUEEN OF NINE DAYS, FROM HER BRIEF REIGN TO THE IMPRISONMENT AND EXECUTION THAT FOLLOWED. 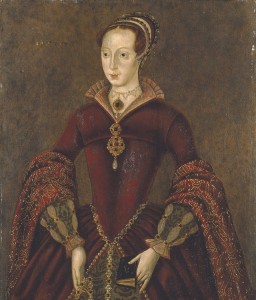 Lady Jane Grey was born in Bradgate, Leicestershire in 1537 to the Duke and Duchess of Suffolk. She was the great granddaughter of King Henry VII, who was father to King Henry VIII; infamous for his six wives.

When Henry VIII died in 1547, his son Edward was crowned King at the tender age of nine, and Lady Jane began to appear at the court once her father was made Duke of Suffolk.

King Edward was dogged by ill health and it soon became apparent that he was going to die without producing an heir to the throne.

When he passed away aged fifteen in July 1553, the legal heirs to the throne were his half-sisters Mary and Elizabeth, and Mary sent a letter to the council claiming her right to the throne. However, a man named John Dudley, chief councillor to the King, thought that if she ruled he would lose his job, and head.

Thus he terrorised the council into making Lady Jane Grey Queen reasoning that Mary was  unsuitable  because 1) She  was Catholic 2) Her father had  divorced  her Mother 3) She  was  female.   If Lady Jane Grey was Queen this also had political benefits for Dudley because she was married to his son Lord Guildford Dudley. 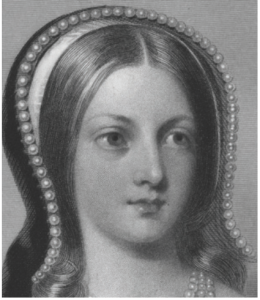 Lady Jane had been staying in Chelsea but was called to Sion House where she was informed that she was to be crowned. Apparently, she swayed and fell to the ground weeping: “The crown is not my right and pleaseth me not. The Lady Mary is the rightful heir.” However she was forced by Lord Dudley, and her parents, to obey.

Leicester plays a part in this fascinating story of one of Britain’s biggest political victims, and you can visit Bradgate House, her former estate, to see its ruins and remember her tragically short reign.