They say ‘life begins at 40.’ For Glynis Wright, this really was the case. The award-winning family lawyer speaks to Keya Modessa about how she reinvented her life to train as a lawyer at 40, set up her own law firm when she was only three years qualified and then grew it successfully to be the leading family law service in Leicester.

She remembers the moment she made the decision that would change her life forever whilst on holiday in Italy with her mum:

“I had been offered a job to run a family law department in a big commercial firm so the decision was ‘Do I become a partner in a big firm or do I run my own business?’ My mum said, “Stop worrying about it. If you’re giving it this much thought, it’s obvious what the answer has to be.” ” 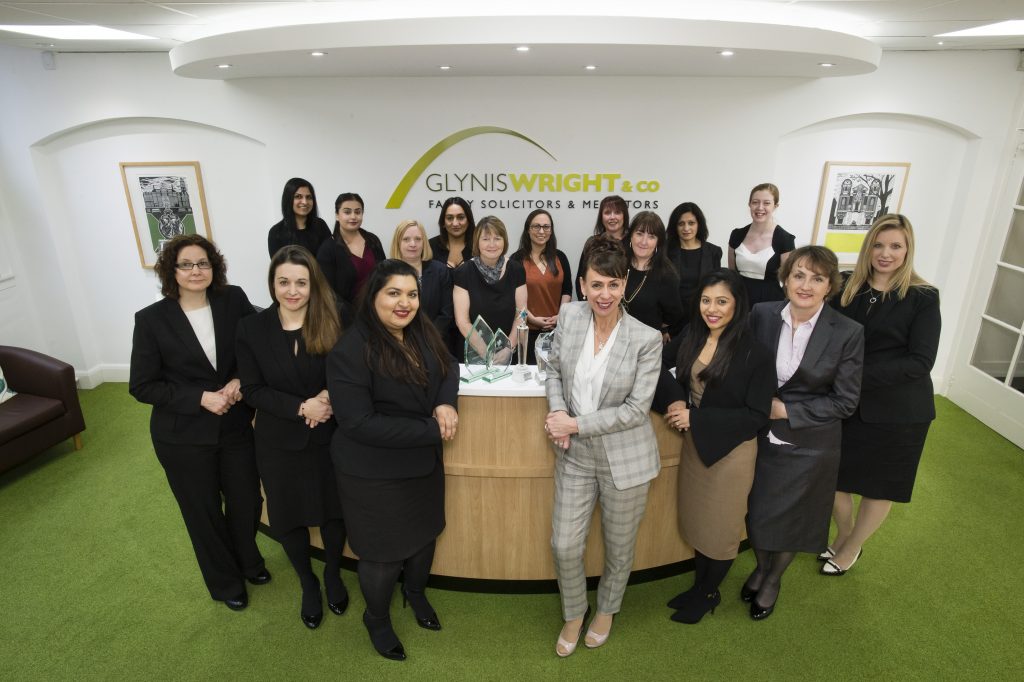 I went to interview the lawyer in her city centre office and what really stood out was the way she has managed to reshape her life in the most inspiring way.

Always ambitious, it was when she hit her 40s that she decided she wanted a new challenge out of her career. She gave up her senior position as a public servant and ploughed her energy into retraining as a lawyer. She said going to university second time round as a mature person was very different from being at university as a teenager. This time she had no choice but to get it right. She had a young son to support and a mortgage to pay and failure was not an option.

“I knew that without the distractions you have when you are younger, I would really get something out of studying law as a second degree. I worked much harder this time round but even though it was hard, it was also hugely exciting.”

After graduating, she started working for local firm Spearing Waite and was then headhunted by Frisby & Small where she completed her training contract. She was made a partner within two years of qualifying in part owing to her ability to attract work into the company. By that time, Glynis had been channelled into family law.

“At first I thought I would hate family law, but instead I found that I had huge amounts of empathy for my clients. Applying law in this area engaged my heart as well as my head.”

Never one to stand still, Glynis then took a deep breath and made the life changing decision to set up her own legal firm solo. All she had was a £10,000 loan from her dad. She had no other financial backing but this did not deter Glynis who started her company operating from two small offices in Bowling Green Street in 2011 with only one member of staff.

Now she employs a team of 21 staff including five senior and three junior lawyers, the company has a string of awards and accolades behind it and she has taken over the entire building she started in. She has also purchased a second city centre office to run services from in Regent Road.

The firm’s rapid expansion was built on the reputation Glynis had already established at Frisby & Small. As soon as she had opened her offices, people who had used her as a lawyer at Frisby & Small immediately began to recommend her. She built a strong relationship with her local business community understanding that you need to give to others in order to get back. Today she works equally with both male and female clients throughout the East Midlands and is also establishing a following of clients in London.

As incoming President of the Law Society in 2019, she revealed how she is about to open her second city office and have an exciting launch, but that’s only a small part of her inspirational future plans:

“I am blessed with the most amazing team. I hope to  develop my lawyers into a leadership team of business people in their own right allowing me further time to concentrate on expanding and developing the company further,” Glynis tells me.

“My plan is to start delivering services for the whole East Midlands and London, not just for Leicestershire. There is no reason why in today’s day and age with technology, solicitors cannot represent clients who are in other parts of the country. That’s a plan for the future, right now I am happy to consolidate the great business that I have already developed.”

When it comes to keeping 21 employees happy and productive, she gives a whole new meaning to the word teamwork:

“We are a busy firm and because we only deal in one area of law, we can go to each other and talk through cases so there is a lot of mutual support. We are all united by the passion to deliver ethical family lawyering to our community. We are also a sociable bunch. We often go to events together and put on our glad rags. We commit to doing a lot of work in our community and raise money for charity which has included abseiling down a building and jumping out of a plane. This year, some of the team (including myself) will be wing walking which means we get tied to a wing of a biplane and get taken on a flight! Terrifying! We hope to raise lots of money for a charity we support called Alex’s Wish by plucking up the courage to do this.”

Now in her 50s, the successful lawyer still has the same outstanding energy, determination and drive that led her to where she is today. She has no intention of slowing down now:

“My 40s and now my early 50s has been my decade of personal empowerment. I have never felt stronger or more energised. I think it’s important for women to embrace the age they are and to not worry about it. I am more excited about my life than I have ever been before and I hope to have a thriving career in my 60s doing whatever it is at that point I want to do. Personal reinvention has been one of the themes of my life and I have no intention of stopping now.”