PUKAAR MAGAZINE’S BETHANY MCLEAN LOOKS AT THE LOCAL AND GLOBAL CENTENARY COMMEMORATIONS, AND EXPLORES WHY HISTORY MUST NEVER BE FORGOTTEN 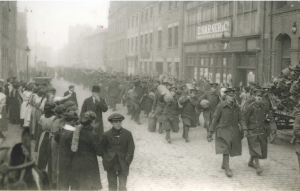 A lot has happened in the last one hundred years. The first man walked on the moon, the Big Bang theory challenged traditional views on the origins of the universe and we have entered the digital age of technology. Amazing things have taken place, and we use the benefits gained from the past century on a daily basis, but rarely consider the impact that history has had. However, this year, as we mark the centenary of the First World War, it is important to remember that the past is integral to who we are, what our country is, and the freedoms we hold dear.

This summer it is the 100th anniversary of the outbreak of the Great War, often known as the bloodiest conflict in history. From now until 2018,  there  will be a series of events, celebrations and memorials to observe the centenary across the globe, as nearly every nation was either directly implicated in the fighting, or affected as a result. Unlike anything anyone had experienced before, it relied on the complete mobilisation of each country’s resources and was considered the first Total War.

It began on 28th July 1914, when Austria- Hungary declared war on Serbia; following that Germany declared war on France, Belgium and Russia and Britain joined the battle on August 4th. These countries all readied their forces, not expecting the lengthy conflict that ensued. Notorious for its trench warfare, soldiers spent months and even years trying futilely to gain ground and push through enemy lines, until after a series of bloody clashes the Allied Forces were victorious on 11th November  1918.

There was an estimated death toll of 16 million, around half of whom were military personnel. With numbers so astronomical, it is easy to just view these as statistics, but with the international commemorations people can gain a greater understanding of the individuals who made up the war, looking at what life was like during those times, and paying tribute to the sacrifices that were made. 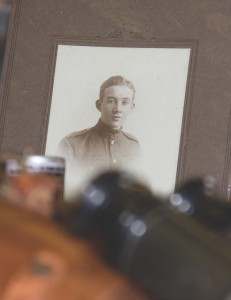 Leicester will host a series of events, including exhibitions in museums and libraries, as well as touring demonstrations around community venues. Leicester City Council is also putting on ‘Leicester at War 1914  – 1915’,  which will run from 26th  July 2014  – 12th  April 2015  at the New Walk Museum & Art Gallery to look at the fascinating history behind our city’s involvement, both at home and on the battlefield.

People are interested in seeing how their area assisted the war effort and each town or city has its own unique tale. With a traditionally big clothing industry, Leicester’s factories played a vital part on the Home Front, and many local companies received important government contracts to make the soldiers uniforms. For instance, Brown’s, which has since closed down, made boots, an invaluable contribution because in the damp conditions of the trenches, decent footwear often meant the difference between life and death.

Linda Harding, Outreach Officer for the Leicester Arts and Museums Service, has taken on a key role in the commemorations, and this has involved inviting local residents to attend memory sessions and share information about their loved ones. People have been keen to talk about their personal  history as many want to learn more about family members who served in, or lived through, the Great War.

Ms Harding explained that “The stories are very moving and people care very much about the sacrifices that their relatives made and the awful times that they lived through. It’s also lovely for those people who don’t have any records – they might know that their relations were alive during the war but they may not have any objects or be aware of what happened to them.”

Linda has heard some incredible tales; what she has learned during her time spent on the project has fascinated her. “There are shocking accounts, showing that as well as celebrating the heroes, we must not forget the brutality and bloodshed. Soldiers were sent ‘over the top’ in attacks doomed to failure, but they obeyed orders and went to their deaths with honour and patriotism, whilst there are recollections of others who were executed for desertion simply for returning to their barracks late.”

Stories like this teach us about the war, and Philip French, a curator of modern history, explained the research that he is undertaking to learn more. He has examined artefacts, studied newspapers and photographs from the time and gone through regimental histories because “We want the exhibitions to be focused on people’s stories, rather than just talking about the battles. 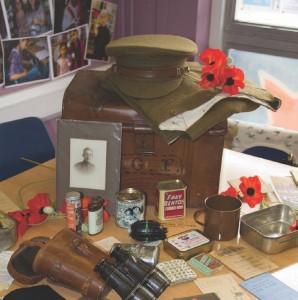 “Hopefully all generations can take something away from it, as it’s getting further and further away from the current times. I can remember people who had first-hand experience, but after my generation it will all be at least third-hand, so part of the legacy is collecting the stories and showing the photographs to younger people who may not have an awareness of what went on.”

It is true that as  of 2012,  when Florence Green of the Women’s Royal Air Force passed away, there are no longer any living World War I veterans.  With no survivors, these tributes seem more poignant, so it is essential that we all try to get involved. Even if you learn about one soldier who bravely fought, or one nurse who tended to the wounded, you will be paying respect to their memories, and not forgetting the history that changed the shape of our world forever.

People are invited to attend the WW1 Memory Cafes to bring objects and share their family stories.

For more information on exhibitions taking place around the city visit: www.leicester.gov.uk/your-council-services/lc/leicester-city-museums/exhibitions/firstworldwar