Amidst the chaos that is the year 2020, which has been primarily comprised of a crippling global pandemic, and political and social tensions, there are still many threats looming that we’ve pushed to the sidelines of our collective minds.

One of these in particular, is climate change. Whether we like it or not, this threat is real, and the time for action has long passed. Yet, there are still plans on the horizon to tackle the runaway train of out-of-control CO2 emissions, primarily from European countries.

There are many projects that are aiming to make more cities carbon neutral by 2030, such as the EU funded “Remourban project”. This project is bringing together various initiatives to implement carbon-neutrality across the EU. Currently, there are three cities that are testing out the initiative to see its effectiveness. These cities are Nottingham, the Spanish city of Valladolid, and Tepebaşı/Eskişehir in Turkey.

Following suit with this carbon-neutrality ideology, is the Leicester city council, which, alongside many other cities across the world, has pledged to make the city carbon neutral by the year 2030, but utilising their own strategies.

What does ‘Carbon Neutral’ mean?

According to carbonfootprint.com, Carbon Neutral is “a term used to describe the state of an entity (such as a company, service, product or event), where the carbon emissions caused by them have been balanced out by funding an equivalent amount of carbon savings elsewhere in the world.” An example of carbon-neutrality would be Microsoft’s Xbox console production.

They measured their emissions with a third-party organisation, set their targets to reduce their emissions by over 100%, and then began to implement measures to meet these targets. This included using 100% renewable energy; working with a small-scale biogas company that gives low-income rural households devices that save methane emissions by converting previously untreated animal manure into clean biogas which has reduced CO2 emissions and harmful smoke in 400,000 small-holder farmer households.

What can a whole city do to reduce emissions and reach Carbon Neutrality?

The strategy to help Leicester respond to the climate emergency is an ambitious one. The city council plans to consider the strategy in two “scrutiny commissions” later this month.

The draft strategy has been developed following “extensive public consultation” which was carried out earlier this year. The responses from hundreds of locals has helped to dictate the path for the development of the plan. This included a detailed online questionnaire, two climate assemblies held at City Hall – one which involved over 100 young people from local schools – as well as meetings with experts from the city’s two universities and representatives from key businesses, local organisations, community groups and schools across the city. 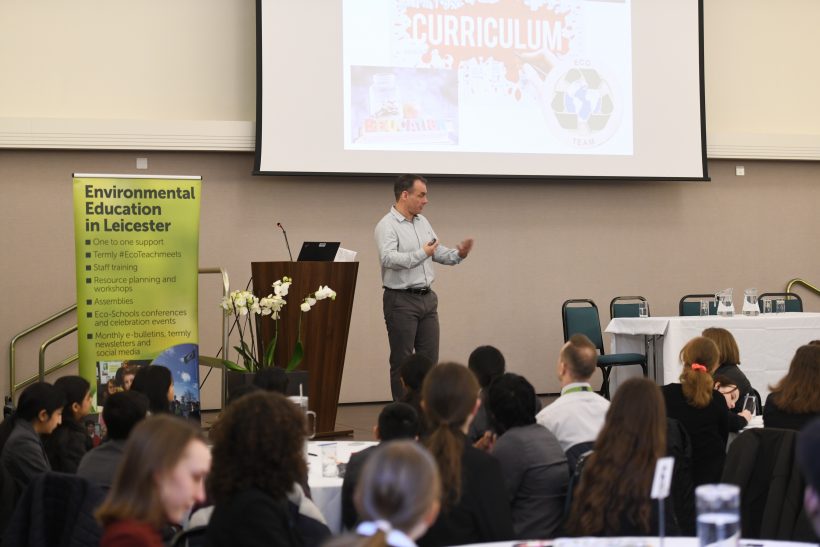 Deputy city mayor Cllr Adam Clarke, who leads on environment and transport, said: “It is essential that Leicester plays its part in tackling the climate emergency, which is already having an impact here and globally, particularly in the developing world.

“This draft strategy provides a vision for how Leicester needs to change to become carbon neutral by 2030. We don’t underestimate the challenge for the council and the wider city.”

To begin with, the strategy will cover six “themes’ over a three-year period until 2023. These six themes are as follows:

At Home: this will include adapting homes to feature low-carbon heating systems and other energy efficient measures. This would help to reduce emissions and also household bills. There will also be considerations regarding solar panels and support for households facing fuel poverty.

Travel & Transport: walking, cycling and low-carbon public transport will be the focus on this theme. And increase in these methods of transportation and travel would naturally lead to a reduction in traffic, and subsequently pollution from CO2 emissions.

Consumer choice and waste: the council wants to increase the rates of recycling and composting amongst the public, and to reduce the use of single use plastics. Healthy choices about food, consumer goods and travel will be advocated strongly.

At work: there are aims here to assist Leicester businesses in developing “low carbon services and products”. There will be support for small businesses and also new low-carbon workspaces created for start-ups.

Land use, green spaces and development: the council will ensure that new developments aim to be energy efficient and generate their own renewable energy. There will also be more investment to reduce the risk of flooding across the city too.

The council: they plan to “decarbonise” all of their own buildings, fleet and operations to become carbon neutral and climate-adapted as soon as possible.

An action plan sets out an initial programme of over 120 actions to support the new strategy. This plan will be updated yearly and will help the city to achieve the carbons savings required.

Highlights of the action plan include:

Cllr Clarke said, “Citywide carbon emissions have nearly halved since 1990, and the council’s own carbon footprint has reduced by a similar amount in the just ten years. In recognising this success, we also know we need to go much, much further.

“Our new strategy and action plan set out our renewed ambition and the steps that we as a council will take to help lead Leicester towards carbon neutrality and a climate adapted future.

“We know we won’t be able to achieve this on our own. It will take a collective effort from everyone in Leicester, and will require a radical ramping up of support from central Government.

“We have already seen a massive amount of support for this new strategy as part of the far-reaching climate emergency conversation. We hope that when it is launched in the coming weeks it will act as a roadmap and rallying cry for Leicester to become one of the first carbon neutral cities in the UK.”