Want to find out what the people of Leicester are reading? Well, we’ve teamed up with Leicester Libraries to bring you a full list of the books that were flying off the shelves in 2012. 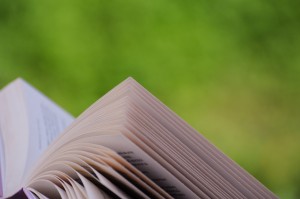 Before I go to sleep by newcomer S J Watson was at the top of the list for the adult fiction category with a total of 664 loans. The psychological thriller, which follows the plight of a woman suffering from anterograde amnesia received rave reviews from critics and bagged a number of awards.

It’s no surprise that E L James also earned two places in the top 10 list with Fifty shades of grey coming in at number two with 652 loans and Fifty shades darker coming in at number nine with 396 loans. Girl with the Dragon Tattoo by Stieg Larsson came in at number 10 with 389 loans. The film adaptation of the book was released in December 2011 and featured Daniel Craig and Rooney Mara in the lead roles.

Surprisingly the Official DSA theory test for car drivers by DSA was the most popular book in the adult non-fiction top 10 list with 1658 loans, while 437 people had taken out Life in the United Kingdom: A Journey to Citizenship by Henry Dillon. Jamie Oliver’s Jamie’s 30 Minute Meals reached number eight with 272 loans, while Caitlin Moran’s How to be a woman just managed to squeeze into the list with 253 loans.

Leicester Libraries development manager Christine Hodgson said: “As you can see from the non-fiction list our customers are keen on learning life skills and we try to help them as much as we can.”

The junior fiction category came as no surprise with Suzanne Collins’ Hunger Games claiming the top spot with 965 loans. Interest around the book was heightened during the release of the film in March 2012. J K Rowling, Roald Dahl and Jeff Kinney were among other notable authors in the list.

For a full list of all the books please see below:

Life in the United Kingdom: A Journey to Citizenship – Henry Dillon (437)

Edexcel AS and A level modular mathematics – Keith Pledger (268)