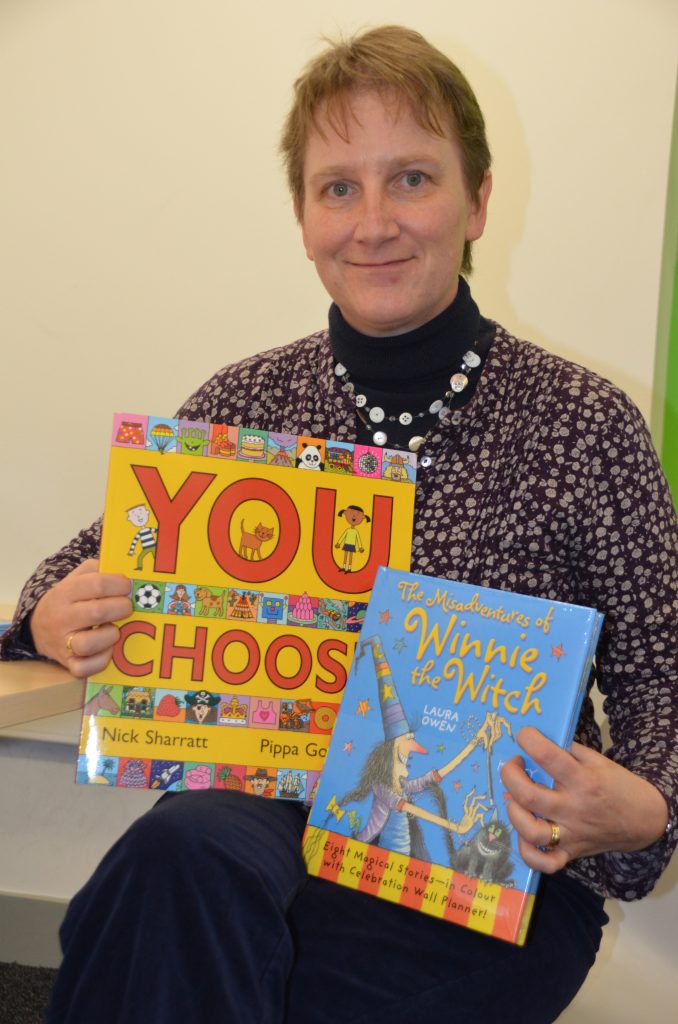 Children’s author Pippa Goodhart chats about her struggle to find a publisher, why she loves writing for youngsters, and how the city of Leicester influenced her stories.

How did you get into writing to begin with?

I was never someone who was keen on writing at school. I was very slow at learning to read and poor at spelling, so I came out of school without much confidence to have a go at anything like that. But, I then took on a Saturday job in a bookshop in Cambridge and was back there during my university holidays. After doing a history degree and a PGCE for infant school teaching, there weren’t any jobs going and so I went back to the shop.

I spent five years book selling and met authors and illustrators and publishers. I then got married to a man in Leicester and it was when we came here that my husband nagged me to have a go at writing for a competition. He had a belief in me that I didn’t have in myself. At the time I was doing a bit of work for a publisher and was a mum of two small children, doing a bit of child minding and a bit of this and a bit of that. The story didn’t win the competition but it did become my first published book.

What is it about writing for children that you particularly enjoy?

Well, I have written one adult novel as well but I enjoy the different formats in children’s books. I love writing picture books where you’ve got pictures to play with as well as text, and it’s partly also about having children as an audience because they’re so fresh and passionate that if they like something they will read that book again and again.

Well it’s all about telling stories. The adult stories tend to be longer and can therefore take some more time to write so it’s a bigger risk investing so much time in something that may or may not get published. But actually compared with the simple stories for children, these have to be very good because you can’t hide behind any beautiful prose for example.

Where do you get your inspiration from for writing these books? 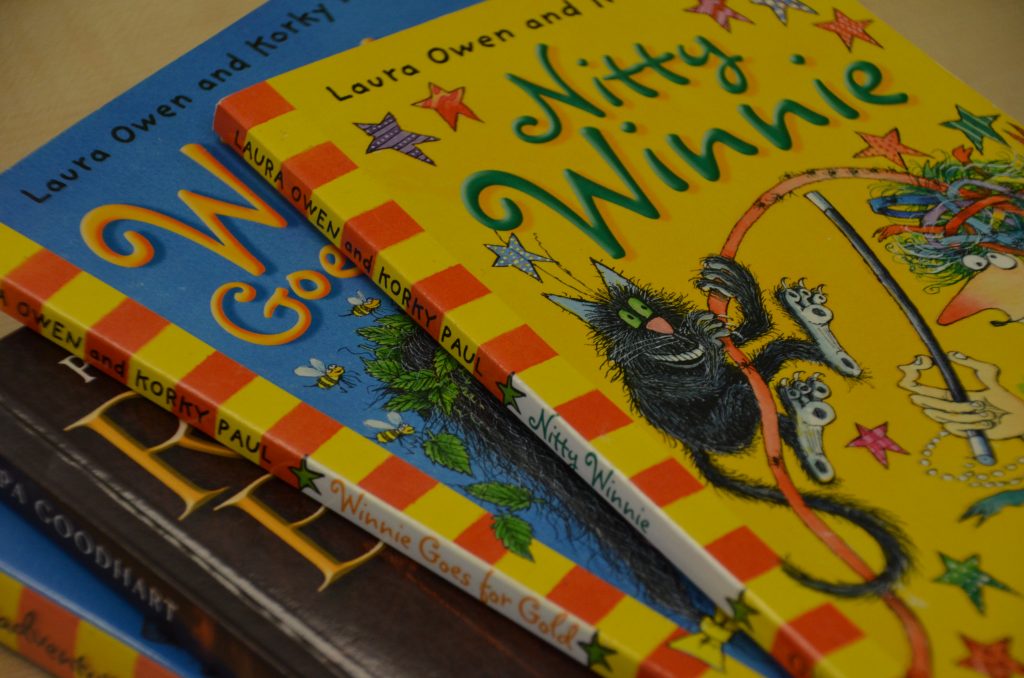 Everything really – life! You pick up on things the whole time and learn how to give them a bit of a twist to turn them into a story. But you have to try to keep in touch with children and see what their issues and interests are and what their sense of humour is like at different stages.

You’re working as a writer full time now, can you tell us what a typical day is like for you?

A typical day for me… I get up, have breakfast and take the dog for a walk. That’s sort of like going to work for me as I turn my brain from home to work mode. I come back, turn the computer on and I now have a proper place to work in my new house which I hadn’t had for the last 20 years so that’s very nice. The days tend to vary too as I do quite a lot of school visits going into schools as a visiting author working with primary school children. That’s an important part of the income. You couldn’t live on just what you earn from publishing books.

Let’s talk some more about your books. Which was the most fun to work on?

That would be You Choose because it was one that I had to fight for. It was an idea that came to me while watching my children enjoying going through catalogues and marking what they wanted for Christmas and birthdays knowing they weren’t going to get them, but just playing a game. And I thought what if you could have a catalogue of the really big things in life, because in real life you don’t get to choose, particularly as a child. So it isn’t a story book, but is a massive things to choose from, from where you’d like to live and who you’d like to have in your family, and it’s illustrated by Nick Sharrat.

Nine publishers turned down the idea before Nick was involved and then the tenth one could see what I was getting at. It slowly slowly built and now Bookstart gives it away to children so there’s over a million of them out there. In November it also won the best picture book of all time on a shortlist with The Gruffalo and The Very Hungry Caterpillar. That was nominated for by people at York libraries and it was a great surprise.

What did you enjoy reading growing up?

I wasn’t a good reader for a long time, but my lovely mum and dad read me stories each night so there were favorites from that. But I think the books that made me into a reader were Laura Ingall Wilder’s Little House Books. My mum read me the first, then half of the second and then left me, so I had to read the rest. I loved those because they were so real.

You lived in Leicester for a very long time, was there any part of the city that influenced your stories?

I’m sure a lot of it did, how directly I don’t know. I mean certainly having Asian characters for example is something I battled for because I’m used to being in a very Asian place and there were a stark lack of them in a lot of children’s books.

What challenges do you face as a writer?

Well, the market for books at the moment is struggling and there are so many out there, so actually as a book buyer there’s never been a better choice. There are so many wonderful things out there that are relatively cheap. But that cheapness of course means they you don’t get paid very much as an author.

Read! And read critically. Read something and then if you thought it was boring think well why was it boring? And do the same if it was good, think whay was it so good? 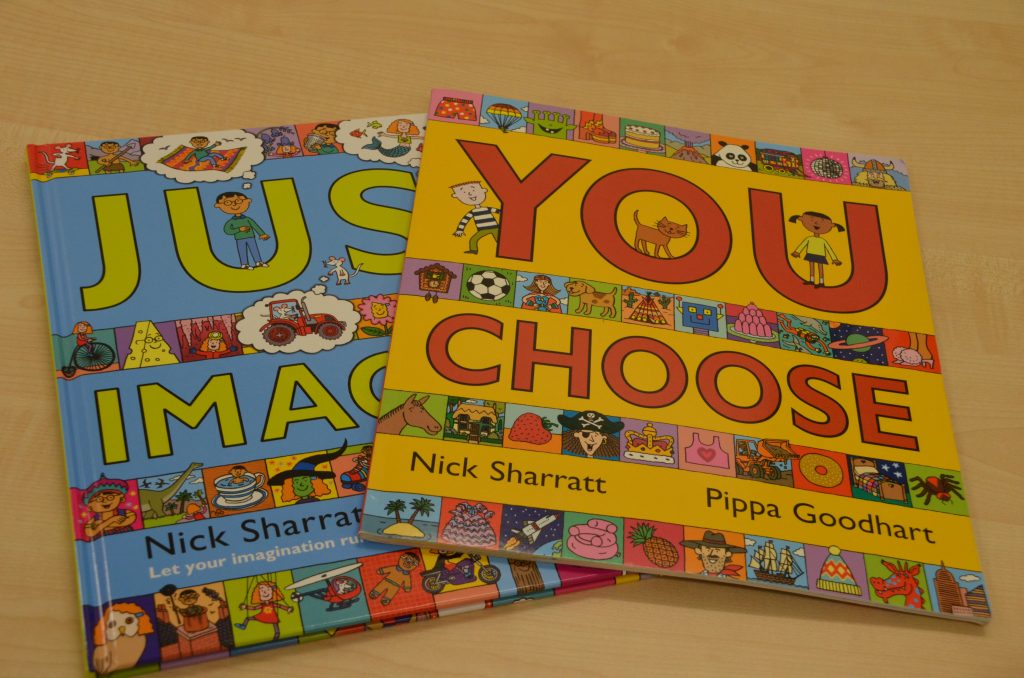 Pippa Goodhart, 54, went from bookselling to writing and has had over 80 children’s books published, which range from picture books through to early readers and novels. Her picture book You Choose has sold a million copies, is one of Bookstart’s chosen books for three- year-olds and won both Mumsnet Best Book award and York Libraries’ Best Picture Book Ever award.

She also writes as Laura Owen when writing the Winnie the Witch stories. She moved to Leicester after getting married in 1986 and lived in South Knighton with her husband and three children for 26 years before deciding to move to another part of the country last year. She still continues to teach a module at De Montfort University and regularly returns to local schools as a visiting author.

Fighting for an education