On 10th April 2014, the world bid a sad farewell to Sue Townsend who was one Leicester’s, if not the country’s, most loved novelists. The writer died at her home after a short illness, and upon hearing the news many of Britain’s authors paid tribute to her. The Times columnist Caitlin Moran tweeted “Oh gosh – Sue Townsend has just died. One of the funniest women who ever lived”, and J K Rowling wrote “So sad to hear about Sue Townsend. She gave me so many laughs.” This demonstrates how highly regarded and respected she was, and her esteem as one of the country’s most hilarious storytellers. 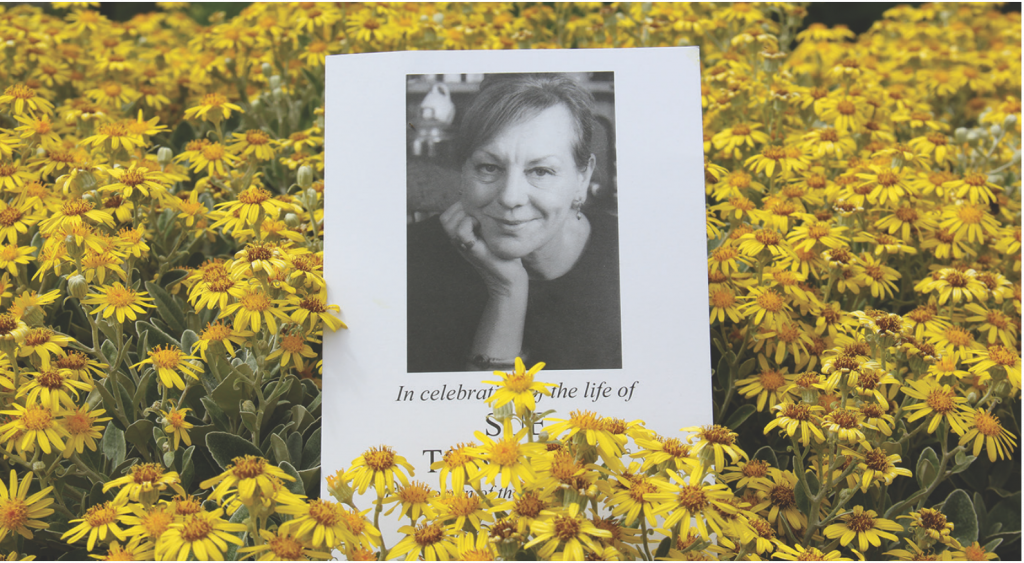 Sue  Townsend was  born in 1946  but did not truly begin writing professionally until her early thirties when she started penning plays, leading to her job as writer-in- residence at the Phoenix. However, it was after her two novels The Secret Diary of Adrian Mole, aged 13 3/4 in 1982  followed by The Growing Pains of Adrian Mole in 1984  that Townsend’s career  took off, making her one of the best-selling authors of the 1980s.

Unfortunately, despite her success, ill health plagued Ms Townsend throughout her life, from the age  of 23 when she contracted TB peritonitis, to developing Diabetes which led to her being registered blind in 2001.This  did not stop  Sue from writing; her books were instantly recognisable for their wit and satirical style which embodied the best aspects of British comedy. Townsend also wrote about emotive topics; the novel Ghost Children was borne from the time she underwent two abortions, and it was this ability to be able to touch people both through humour and sadness which made her one of Britain’s National Treasures.

Her talent did not go unnoticed; the critically acclaimed author was given much recognition throughout her life, including receiving an honorary Masters of Arts from Leicester University. She was made a Distinguished Honorary Fellow of the university in 2008,  an Honorary Doctor of Letters at Loughborough University and a Fellow of the Royal Society of Literature, and  in 2009  Townsend was  given the Honorary Freedom of Leicester.

Here, the people of Leicester offer some touching tributes to one of the city’s finest authors:

“She was a wonderful writer; it’s a great loss for children. She’s ranked as one of the greatest children’s authors and is up there with Roald Dahl. She’ll be greatly missed.”

“Adrian Mole is a book children could identify with and it encouraged them to read because the diary style was accessible, and it was funny.”

“Sue Townsend’s work was full of wit and humour; Adrian Mole was one of the books I read when growing up. The day she died was a sad one for the literary world.”