Pukaar Magazine speaks to Michael Kapur about the prestigious appointment and what he hopes to bring to the role.

Dating back to Henry VIII’s reign, Lord-Lieutenants were originally appointed to a select number of English counties to strengthen the military forces and ‘fill-in’ for the king on the battlefield and elsewhere he was unable to attend. By the time the Spanish Armada reached UK shores in 1588, with the mission of restoring Catholic rule and overthrowing Queen Elizabeth I, Lord-Lieutenants had been appointed in almost every county.

Today, there are 98 Lord-Lieutenants who cover all areas of the UK. So, what exactly does the present-day role of the Lord-Lieutenant entail, I hear you ask? The foremost duty is upholding the dignity of the crown as the Queen’s personal representative. Responsibilities include; arranging Royal visits and escorting Royal visitors, corresponding with local units of the Royal Navy, Royal Marines, Army, Royal Air Force and cadet forces, presenting medals and awards on behalf of Her Majesty, as well as participating in civic, voluntary and social activity. 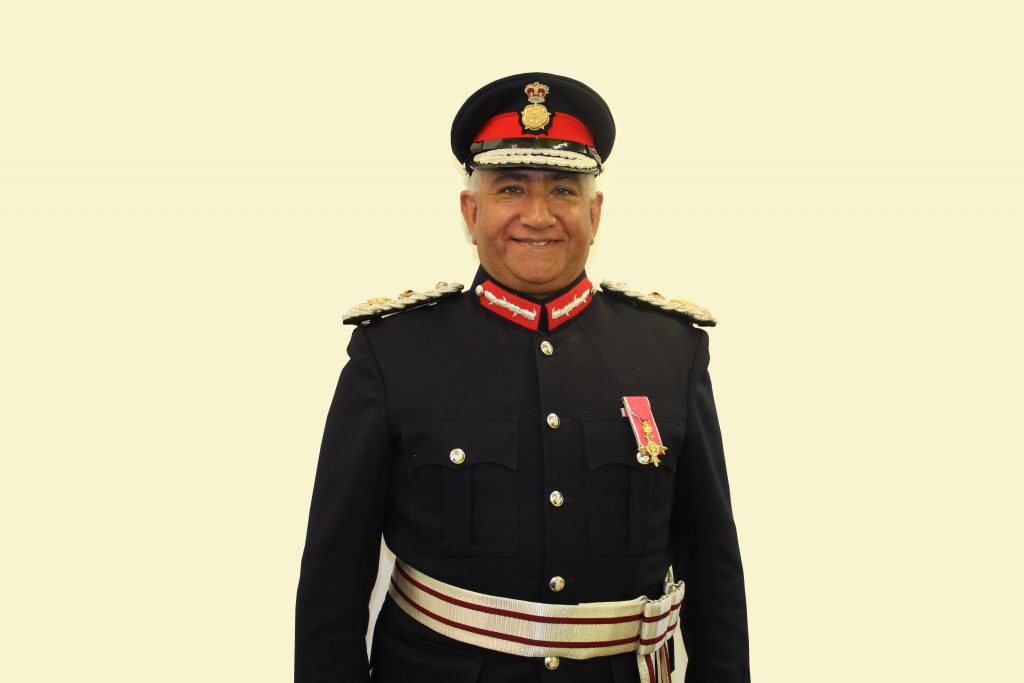 In June 2018, leading businessman; Michael Kapur began his role as the monarch’s representative for the county: “It was a huge honour and surprise; I have to say when I was asked if I would become the next Lord-Lieutenant.

“I thought about it for around three weeks. In the end, I decided it was something that I’d really like to do, so I agreed. Shortly after Christmas, in early January 2018, I received a letter from Teresa May to say that she would like to nominate me for the position of succeeding Lady Gretton as Lord-Lieutenant of Leicestershire. Two weeks after I’d agreed, I was notified that Her Majesty had given formal approval.”

And with the position comes one rather impressive sized manual detailing the ins and outs of the role: “We also get support directly from the House of Lords, as the office of the Lord-Lieutenants Association is based there. We’re always able to contact them by email or telephone to seek further advice on areas that we’re unsure of. Each region also has its Lord-Lieutenants come together to form a regional committee where we’re able to share best practice.”

Mr Kapur came to Leicester from India in 1981 to begin a degree at Leicester Polytechnic before becoming a chartered accountant and then starting a career in business:  “I had dreams of getting my degree and then going on to make my living elsewhere, but I never did do that. I stayed, and I’m really glad I did. I like to think that I’ve put my heart and soul into promoting Leicester and Leicestershire as best I can.”

Alongside his role as Lord-Lieutenant, Mr Kapur also runs his own business, is the current Chairman of the Leicester City Football Club Trust and the National Space Centre, as well as other trustee roles in the education and community sectors. He shares how the prestigious appointment has affected his life:

“It’s changed dramatically, beyond my own expectations. I thought that I was going to be a little bit busier than I normally am, but actually, I’m a lot busier. The thing that has made the biggest impact on me is that I’ve been able to meet so many fantastic people doing great things.” 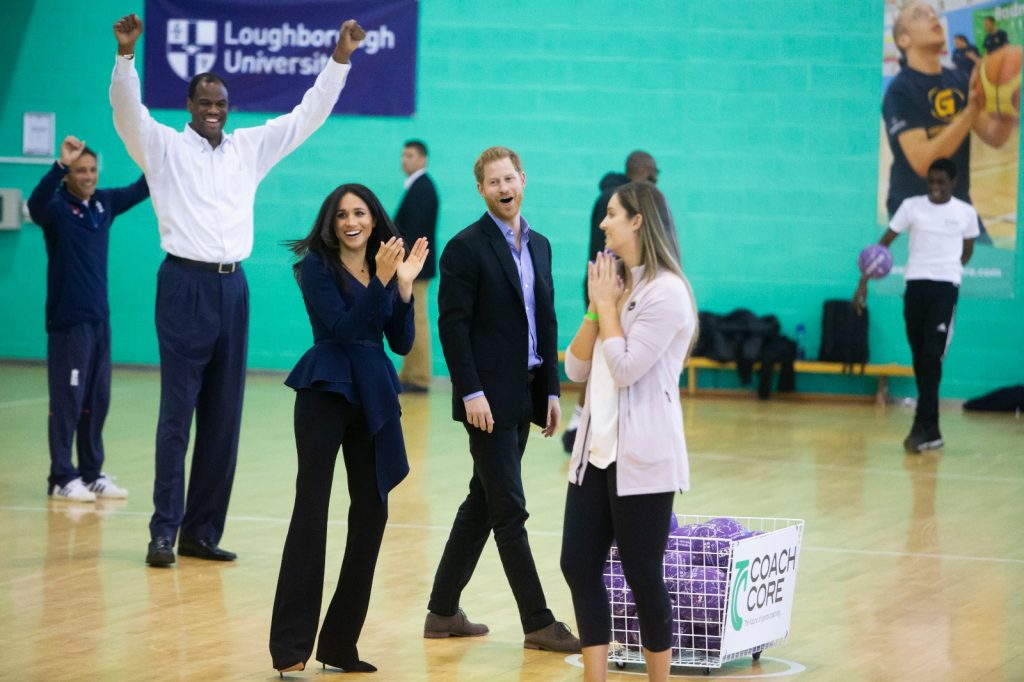 Having already attended many great events in the city, the most memorable so far, he shares has been the year-end awards at the Welbeck Defence Sixth Form College, visiting the volunteers and guests at a Lunch Club in New Parks, and not forgetting his first Royal visit back in September, when the Duke and Duchess of Sussex attended the Coach Core Awards at Loughborough University:

“I suspect that they’d probably been told that I was a relatively new Lord-Lieutenant because Prince Harry particularly put me at ease straight the way. I thought the interaction between the Duke and Duchess and the young people they’d come to see was superb. They made everybody’s day.”

Speaking so passionately about the city and county, and its people, businesses and charities, it’s clear that the role of Lord-Lieutenant couldn’t have been appointed to a more deserving individual. Mr Kapur reveals what he hopes to bring to the position: “One of the things that I’m really keen on doing is to try and make sure that people in Leicester and Leicestershire get more recognition for the excellent work they do. I’m determined to make sure that our businesses are aware that the Queen’s Award is one of the highest accolades that you can get in business. Those that are worthy of it, should be encouraged to put forward applications.

“I also want to ensure that the great work being done selflessly by people around the city and county, that should be worthy of some accreditation is considered for British Empire medals or one of the medals that go with the Order of the British Empire.”