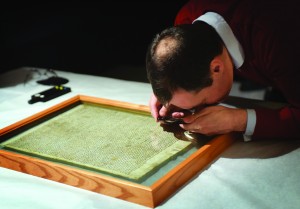 Thousands of people from all over the world are expected to join in the celebrations on the 19th of June 2015, which will mark the 800th anniversary of the Magna Carta.

Eight centuries ago, one of Britain’s most influential documents – the Magna Carta, known as the “Great Charter”, was sealed. The document has played a crucial role in the development of human rights, democracy and liberty in the UK and remains a cornerstone of English law.

The document was signed by King John in 1215, after his barons insisted that he protect their citizens’ rights from the monarchy and to prevent the misuse of power.

On the 15th of June 1215, a draft, called ‘The Articles of Barons’, was agreed upon and sealed by King John. The following few days were spent refining the rough copy and the final document, named the Magna Carta, was completed on the 19th of June 1215 at Runnymede, which was then a meadow by the River Thames, between Windsor and Staines. 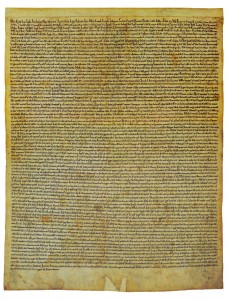 For the first time in history, the four original surviving copies of the Magna Carta were united and displayed at the British Library in London during a three-day major exhibition held in February.

Around 4,000 words of Medieval Latin make up a single document and the most famous 39th clause gave all ‘free men’ the right to justice and a fair trial. Some of the Magna Carta’s values are echoed in the United States Bill of Rights (1971) and the European Convention on Human Rights (1950).

As part of the anniversary celebrations, a number of exciting and informative events and exhibitions have already begun to take place across the country. The aim is to deepen the public’s understanding of the crucial role of the Magna Carta and to highlight its national and international significance to strengthen human rights around the world.

On the 15th of June 2015, the day which marks the 800th anniversary, a Major International Commemoration event will be held at Runnymede Meadows in Surrey, putting Runnymede on the world map as home of the Magna Carta.