VICE-CHANCELLOR PROFESSOR PAUL BOYLE SPEAKS TO PUKAAR MAGAZINE’S AARTI C. THOBHANI ABOUT HIS NEWLY APPOINTED ROLE AS HEAD OF THE UNIVERSITY OF LEICESTER. 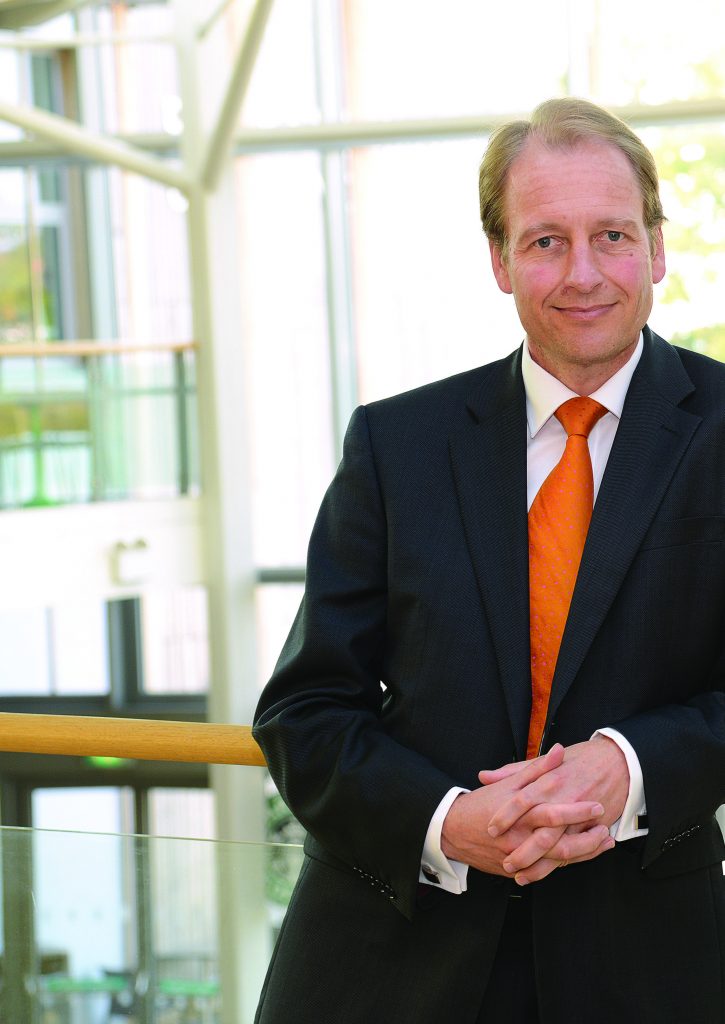 Professor Paul Boyle is a man of many accomplishments, prior to his current role as Vice-Chancellor; he was the Chief Executive of the Economic and Social Research Council, the President of Science Europe and the International Champion of Research Councils UK.

Professor Boyle undertook the post of President and Vice-Chancellor on the 1st of October 2014, succeeding his predecessor Professor Sir Bob Burgess, who retired after fifteen years of distinguished service.

Having been in the prestigious role for over seven months, Professor Boyle reflects upon the positive progression the university has already made, “We have fantastic teaching experiences here, I think the student experience here is first class. We’ve just seen that our recruitment rates for the undergraduate sector are well above the sector average for next year and I’m sure a big part of that is down to the culture of teaching here. We are also a fantastic research institution; the research and teaching have to go hand in hand, so if we’re an excellent research institution, that feeds through into a wonderful learning experience for the students.”

“Leicester has a fantastic reputation, certainly from its teaching point of view, a really strong reputation for doing its best to widen its public participation and that means trying to get students that have ability, regardless of background to come to University.”

Speaking about the perception of the university from an international platform, the Vice-Chancellor highlights, “One of the things that you’ll be aware of is the government’s attitude towards visa immigrants, we’re very unhappy about the impression that is getting to those overseas and international students. Around half of our students come from overseas and we’re extremely proud of having such a multicultural institution in probably the most multicultural city in Britain.”

With worldwide recognition, it’s clear to see why the Institution has successfully progressed ahead, “Students are being taught by people who are carrying out world leading exciting research and that’s really beneficial to them as students. You can think to a whole host of things, we discovered Richard III and that draws some attention to the university, the nice thing about that is that it involved our archaeologists, our historians and geneticists and even people from engineering all involved in a big project that won the Queen’s anniversary prize as the best University research project.” 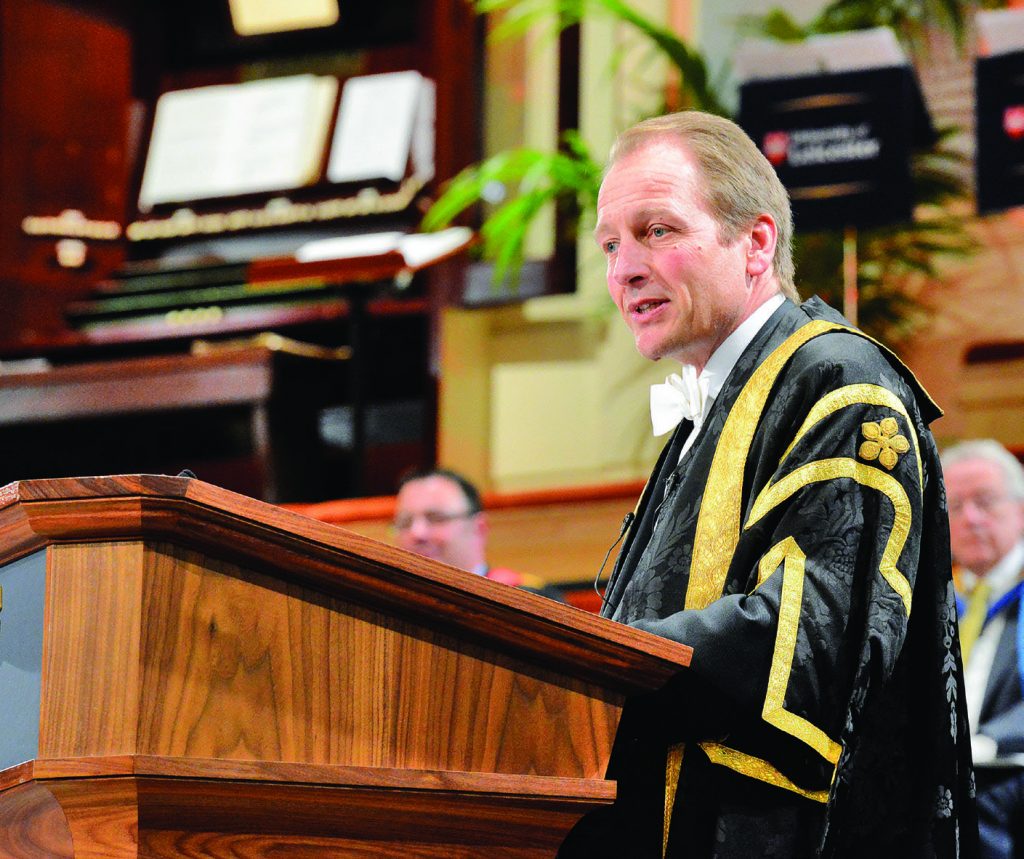 “The University boasts a number of researches being conducted that you hear about on a daily basis. We have a cancer institute that is doing really well and incredible work is going into how to detect cancer earlier than it has done in the past and they’re coming up with ways of being able to detect cancer from blood tests, so not having to use some of the x-rays or some of the other facilities, but much earlier on detecting DNA that may be travelling around the bloodstream and giving us early detection of things which of course, the treatment can be so much more effective, if you get early treatment, that’s just one example of the sorts of everyday research that is going on in this fascinating institution.”

Exploring the impact of the changing role of education, Professor Boyle commented, “One of the exciting things we are doing is bringing a new approach to our curriculum, we are going to be calling it ‘pathways’ and what this will allow is, in the future students who come to us, will get much more flexibility in what they study here, so perhaps you study geography and you would like to add some Biology or maybe even some physics, you will be able to do so, as we are going to create a new curriculum to offer more choice.”

With plans to expand the campus and make the institution bigger to cater for all different areas of research, the future will show the positive growth of the university.

“We have a brand new centre for medicine going up, the biggest investment in medical institution in the UK at £42 million that we are spending on a building that will be a facility to bring together all of the education we do in the medical area, so a facility designed to train more doctors and others to go out and work in society, so it’s a really exciting opportunity for us.”

With its positive national and international presence and having been recognised for its world class research, the Vice-Chancellor provides an insight for the future of the university, “The university has a strong role to play in the city, a proud institution in Leicester’s history, but I think we could be doing even more to engage with partners be that De Monfort University or the council. But also the communities, this is a multicultural university and I am extremely proud of that.”