Walking around Leicester City Centre, its urban suburbs and even across the county, a number of independent businesses may have caught your eye due to the front window decor. The woman responsible for this is lettering artist and sign writer Lorna Dunn. Emma Oliver finds out how Lorna started her business and exactly what sign writing entails.

Six years ago Lorna, now 31, was working five different part-time jobs, one of which was in a local pub and as a result of what she calls her “decent handwriting”; she began writing the menus on the blackboards: “I was never a lettering enthusiast, well not at the beginning,” says Lorna, who is originally from Arnesby in south Leicestershire. 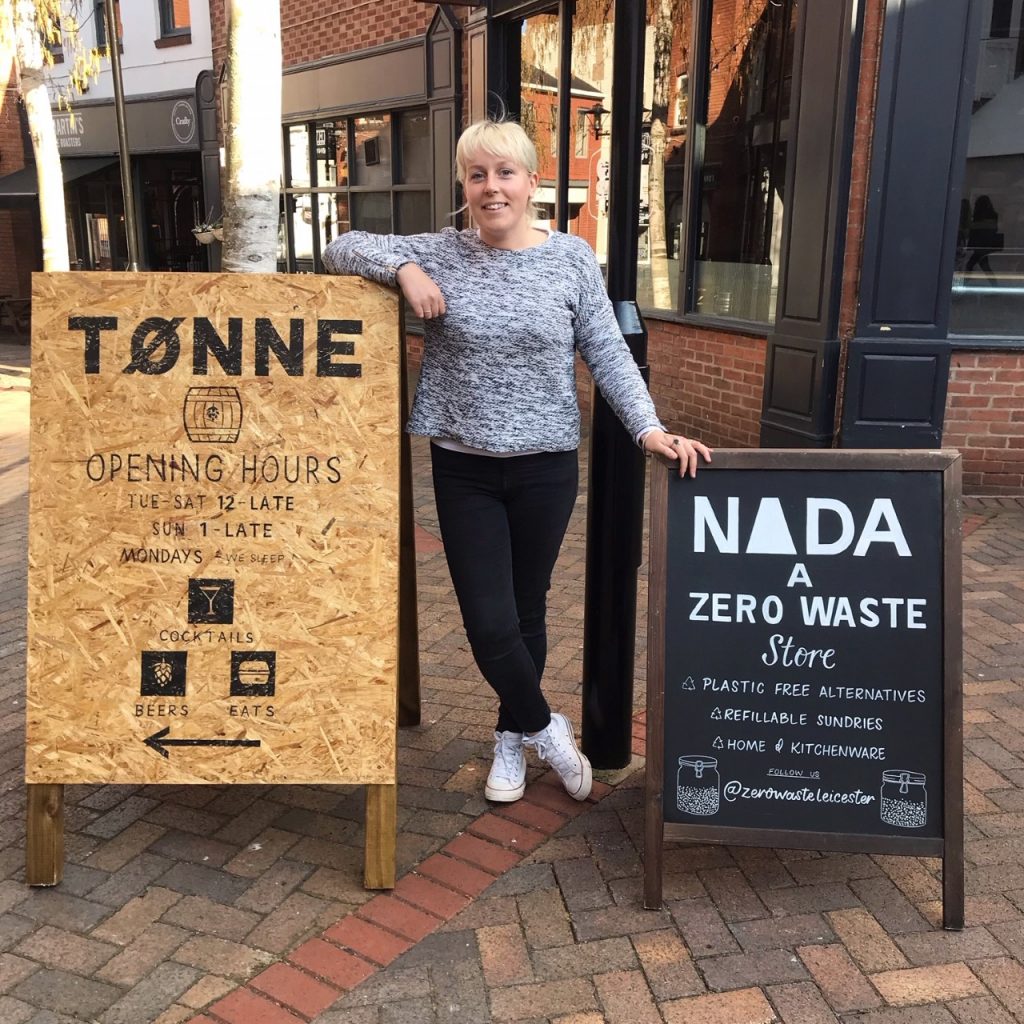 “I was working five part-time jobs because I liked being able to work the hours I wanted. It also gave me some freedom and the flexibility to be able to travel. But then I had a sudden bereavement, and I just quit my jobs. I kept practising my lettering, though. I found it therapeutic. It was a difficult time, but I used the lettering as a form of therapy, and I realised I was quite good at it.”

Lorna created an Instagram account and posted photos of examples of her lettering. She then started to receive messages from people asking if she could create something for them: “I didn’t really have any intention to start selling my work, but I found I was getting more and more interest from people. It started with wedding signs or new babies, those kind of life events.

“Then I decided that what I wanted to do was to create one-off pieces that have a special meaning to people, whether it’s celebrating an important milestone or treasuring a special memory, and it was fuelled by a love for handmade items.”

Lorna decided she needed a logo and this was where her love for handmade came in: “If you use the less than sign and the number three together, they make a love heart shape,” she explains. “So it seemed fitting to go by the name Lesser Than Three. Now, I’m signwriting full-time; I couldn’t imagine doing anything else.” 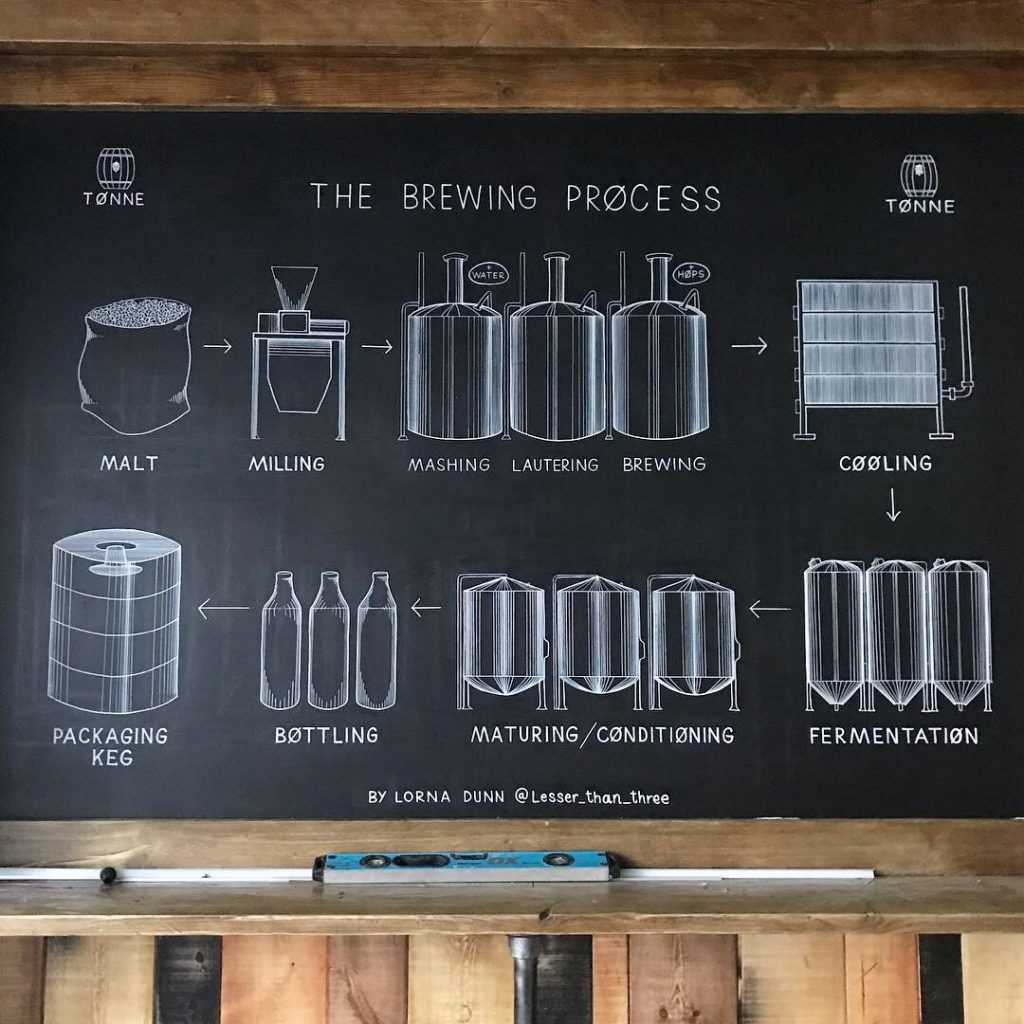 Instagram has been fundamental in allowing her to build her own business. Nearly all of her clients see her work on the platform and contact her as a result. She has worked with many independent businesses across the city including Barrie Stephen, 45 Gin School, and Orso, as well as those in nearby Clarendon Park and Stoneygate. She has also travelled across the East Midlands and recently to Milton Keynes where she did some work for Mercedes Benz. An average-sized window takes her around four and a half hours to complete, depending on the detail.

The artist shares the onus is usually on her to come up with the design, although sometimes the client has an idea in mind, and they work together on producing the final piece: “Every window design I create for a customer is unique. A client may ask for something similar to a piece of work I’ve done before, but I always try and put a twist on it to make it bespoke for them. It helps when a business has a strong identity so I can reflect that in the design. A customer may have an idea of the words or the colours or features of the design, but the layout is my job.”

When asked what job she has most enjoyed doing, Lorna pauses for some time before replying: “I loved doing The Bloom Project on Queens Road. The owner, Emma, is full of vibrant and creative ideas. I really like her style, and we bounce off each other well, which made it a great job to work on, and I was really proud of the end result.”

Lorna, who studied Design for Film and TV at Nottingham Trent University, is also expanding the business by hosting workshops for both brush and bevelled lettering at various venues across the county: “The workshops have been really popular,” she says. “I’ve had an overwhelmingly positive response, and they have been a great way for people to enjoy a relaxed evening and learn the basics of lettering.” 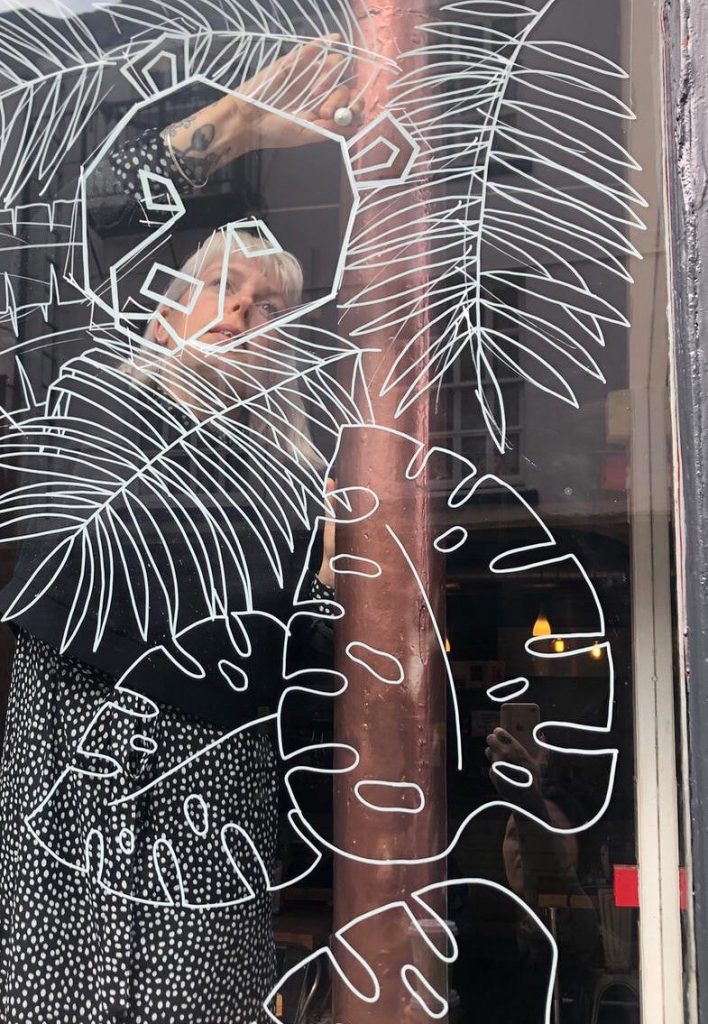 She is also in the process of learning and practising traditional lettering which she says is an area which she’d ultimately like to end up doing more of. Another sideline of the Leicester-based entrepreneur is Christmas baubles: “As soon as the summer is over, I start to receive requests for baubles,” laughs Lorna. But these are not just any baubles – they are personalised, hand-crafted, glitter baubles: “I started selling them a few years ago at Christmas markets, and people just went mad for them.

“I made some in [Leicester] city’s royal blue to sell in the club shop, and then I was at Stoneygate Christmas market when someone suggested I should make one for the then Leicester City manager Claudio Ranieri and hand-deliver it as he only lived around the corner. So I did. I knocked on his door, and he answered, and I gave it to him, and he thanked me. He seemed very touched.

“The following year, I made one for Jamie Vardy, and his wife Becky posted a photo of him with it on Instagram and tagged me in it, which I thought was really nice of her. It’s lovely when these things happen. It makes all the hard work and effort I put into the job worthwhile. I’m also really lucky that I get to do a job that I love.”

BRINGING PAST LIVES TO LIFE