As Ed Stafford reflects back on his childhood growing up in the idyllic Leicestershire countryside, it’s clear that a sense of adventure was instilled in him from a young age. As a member of the cubs and scouts, he recalls roaming the fields with his friends, where they’d build dens, dams and tree houses.

After completing a geography degree and four years in the Devonshire and Dorset Regiment, he surprisingly had plans to become a stockbroker in London, but unable to find a job, his career took a different turn: “The upshot was that I had to accept a low-paid (but fun) job leading gap year kids on an expedition to Belize. I was sleeping in hammocks and washing in jungle rivers and since then I’ve never regretted not pursuing the stockbroker goal.” 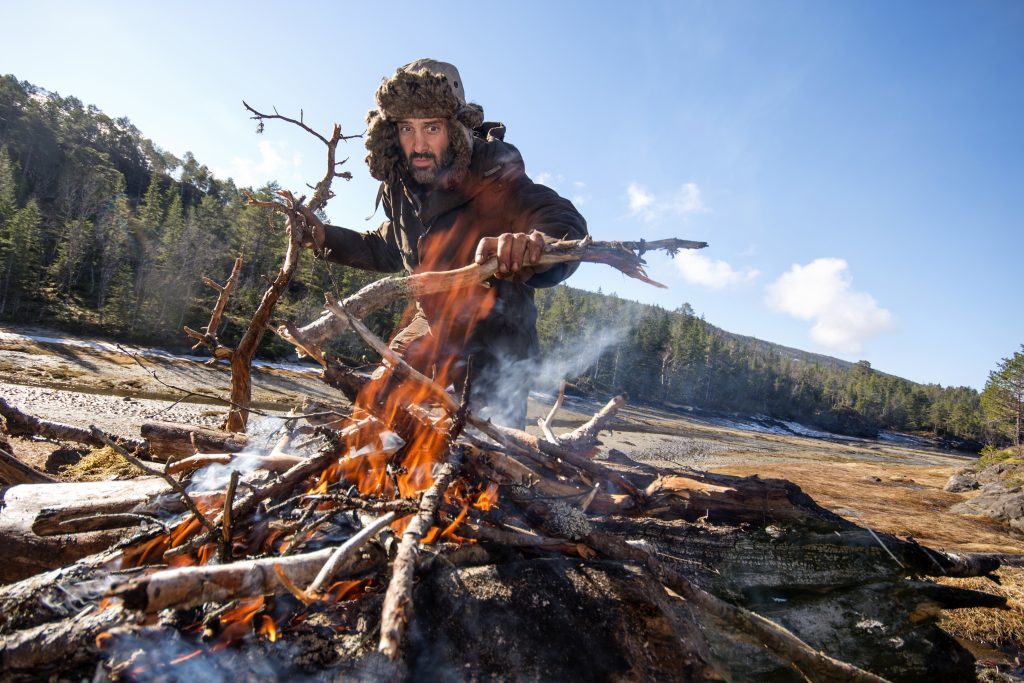 It was in 2010 that the explorer completed his defining expedition, one that earned him a place in the Guinness Book of World Records after being the first person to walk the length of the Amazon River. Ed reveals that the journey, which took 860 days, was just as much a personal journey as it was about making a name for himself:

“I believe all explorers are slightly unhinged – in a good way! My own little story was being adopted as a baby. Although my adoptive parents in Leicestershire were amazing and gave me everything I could have asked for, the adoption itself left some scars on my infant self that left odd behavioural traits well into my adulthood. Insecurity being the main one – an understandable fear of being abandoned. So walking the Amazon for me was my version of doing something so massive that I would prove to myself once and for all that I was capable enough to look after myself.”

With no commitments, the expedition, he shares was also a way of creating a new life for himself that was both exciting and challenging. One that would enable him to grow as a person. It was also supposed to be a team effort, but after three months, Ed’s walking partner Luke Collyer made the decision to leave: “I was on my own and had to find random indigenous people to walk with me. Most said no, so it was a soul-searching and somewhat lonely period of the trip. Then one day I was introduced to a logger called Cho.” After initially only agreeing to walk with him for five days through a dangerous area of Peru, Cho continued walking for the remaining two years of the trip: “He became like a brother and so the journey became easier as our trust and friendship grew.” 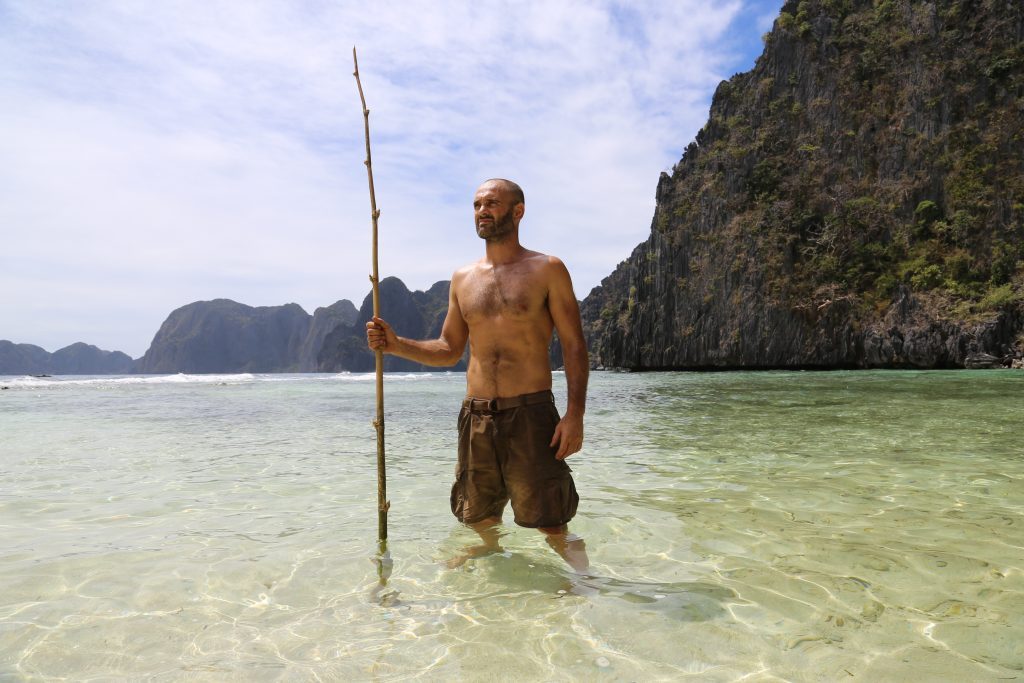 Completing what was considered ‘impossible’, even by Amazon experts, Ed reveals what the unforgettable expedition taught him: “The biggest one was probably not to fixate on the end goal. If I had tried to relax and enjoy each day and each moment then the whole expedition would have been a lot easier. But I was counting down the days from the beginning and so every day was reduced to a mere stepping stone. With hindsight this was a huge mistake on my part.”

Since walking the Amazon, the explorer has been busy working with the Discovery channel on a string of hit survival programmes including a new series, First Man Out, set for release later this year. His first, Naked and Marooned, which aired in 2013, saw him dropped off alone and unclothed on an uninhabited tropical island in the Pacific without food, water or tools. For 60 days he endured isolation, using only his experience and extensive skills to survive.

As well as the obvious physical hurdles experienced during each journey, I was interested to find out how Ed copes with the mental challenges: “Nowadays I meditate. An untrained mind is a loose cannon, as I found to my own detriment both in the Amazon. I now know that to stay grounded and not drive myself mad I must come from a place of instinct, a place much deeper than the mind – a place in the gut.”

Alongside the exhilarating experiences, the avid explorer has also been caught up in his fair share of dangerous situations, including being held up at gun and arrow point, and was also arrested for suspected murder in one tribal community: “There were many times when I had to rely on my faith in human kindness and try and find a glint of understanding in the eyes of whomever I was dealing with. It was a real test of intuition and people skills and, without meaning to sound flippant, the scary parts were the best and most memorable, as they were the ones that challenged me the most.” 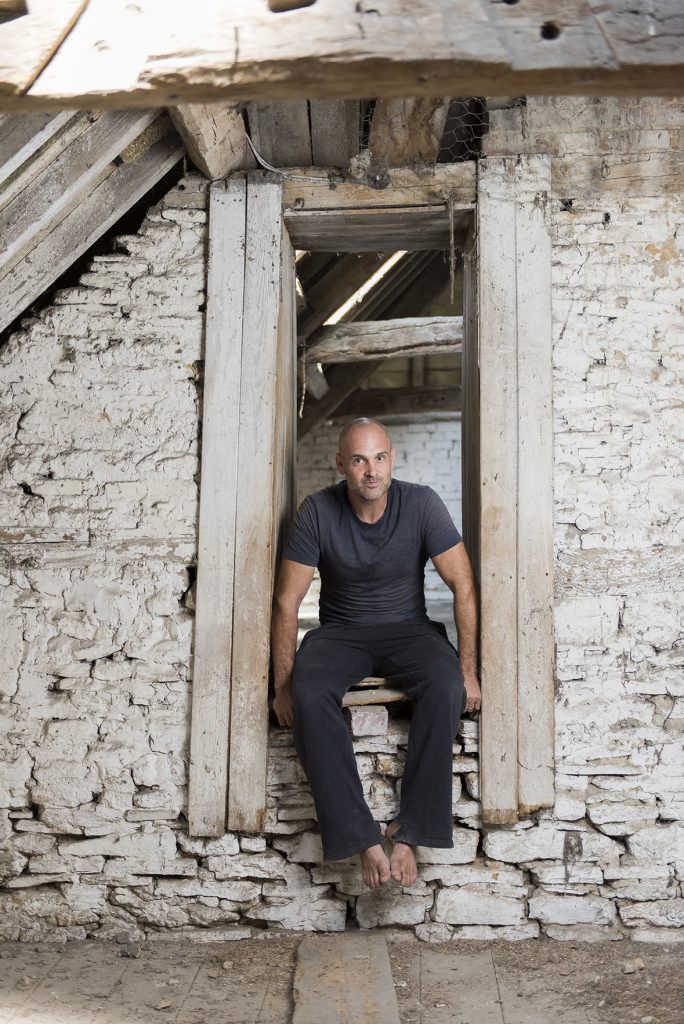 Last year, Stafford and his wife Laura Bingham, also an explorer, welcomed their baby boy Ranulph into the world (named after renowned British explorer Sir Ranulph Fiennes). They have already included their son on their adventures. Back in April, Ed took baby Ran to the middle of the Guyanese Jungle to meet his mum on her world first expedition to descend the Essequibo River: “People told me I was nuts but I knew what I was doing – he had a $3 million insurance package that would have evacuated him to Miami in hours had anything happened. And I knew that I could deal with most eventualities myself. So yes, it made me think – but we, as a family, have resolved never to become boring stay-at-homes.”

When asked how he manages to settle back into ‘normal’ home life after such extreme adventures, the explorer replied: “I go to the pub! Nothing brings me back to normality more than a Guinness in the beer garden looking out over the fields and catching-up on the same old village nonsense.”

As well as filming with Discovery and juggling parenthood, Ed has also been busy working on a new book titled Adventures for a Lifetime, due out on October 4. The perfect read for those looking to create their own unforgettable expeditions.

A Jool in Leicester’s Crown