Her musical journey is an unconventional one to say the least. After being spotted busking in the streets, Leicester-born singer-songwriter Kristyna Myles was offered a five-album recording contract with one of the biggest labels in the world. Pukaar Magazine caught up with the talented musician, who is well on her way to becoming a household name. 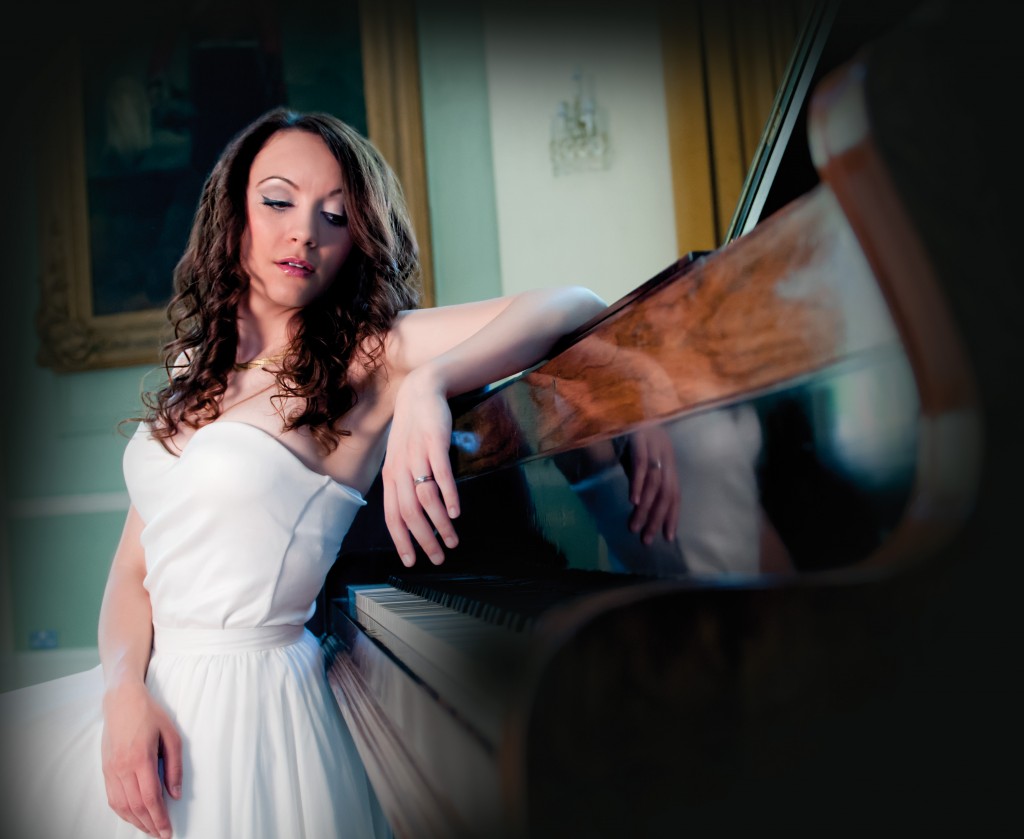 She made her performance debut at the age of four as part of the church choir and then went on to form a pop band called Black Gold with her friends. But who would have thought that several years down the line she would be signing a life changing recording contract and supporting some of the biggest music artists on tour.

Kristyna has been signed to Decca Records, which is part of the Universal Music Group
and also looks after high profile artists such as Sting, Annie Lenox and Elton John. She said: “It’s exciting but it’s also nerve wracking. It’s taken about seven years and it’s not been instant, but I have a five-album deal subject to me selling and it’s just an incredible thing to be given this opportunity.”

Since her childhood Kristyna has been passionate about music and can also play the flute and piano. She said: “I don’t get to play the flute as much as I used to, but the piano is amazing because it’s a great accompaniment for my voice. I used to sing at every opportunity when I was younger, at school assemblies, at church, whenever and wherever I literally could.”

Having grown up in Broughton Astley, Leicester, Kristyna attended Thomas Estley Community College and then went on to Lutterworth Grammar School where she studied media studies, English language, music and psychology for her A Levels.

She then decided to leave the city and head up north to Manchester at the age of 17, to study popular music and recording at the University of Salford. It was at university that she really discovered the music scene. As part of her course she was also required to form a band – a band she still performs with today.

But her big break came in a rather unusual way. The 28-year-old explained: “Basically a lot of people had graduated before me who did not have any music-related jobs. That’s fine for them but would have been my worst nightmare. Me and my friend Ben Williams, who plays the guitar, thought let’s give it a go and see if we can earn a living through busking.

“Initially it was pretty tough – it rains a lot in Manchester – but the amazing thing was we made lots of contacts. You never know who would be walking past and you’d get a lot of business cards with people saying would you play at our wedding or at our bar. It was an amazing way to get to perform and at the same time earn a living with your art.” 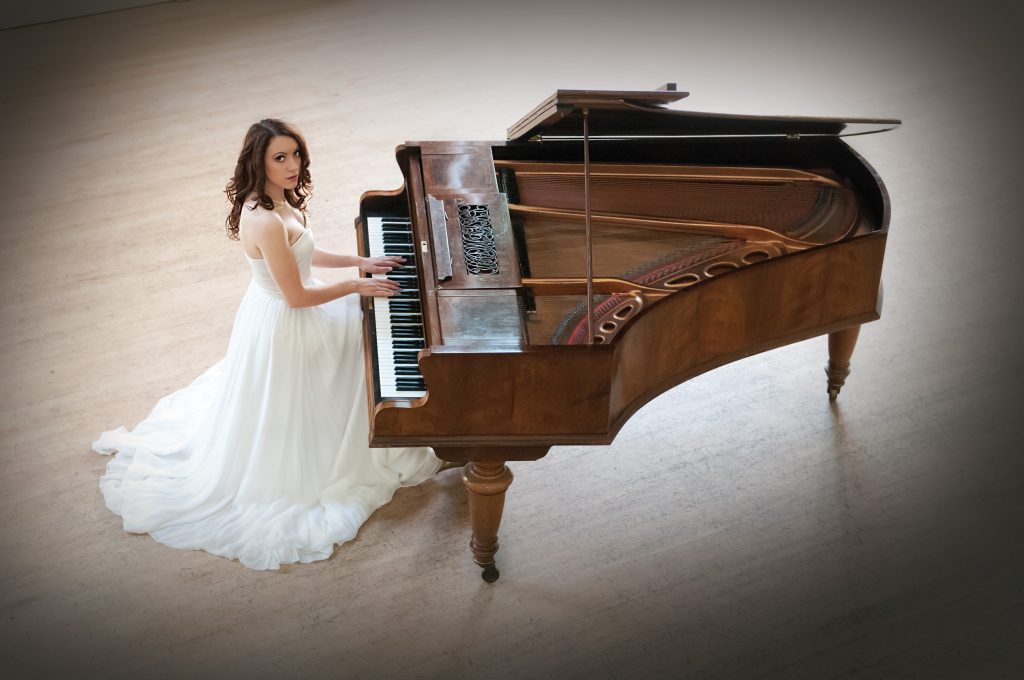 It was while busking on the streets of Manchester city centre that she began to get a lot of media attention and really started to get noticed. She won the title of BBC Radio Five Live Busker of the Year in 2005, recorded at Abbey Road studios with Chris de Burgh, who also invited her on his European tour. She supported Mick Hucknall too and in 2008 wrote a song called My Lord that got selected to go onto a CD compilation which also featured Amy Winehouse and Eva Cassidy, which Kristyna rates as being one of her biggest career highlights.

Music has always been her passion and she could never imagine doing anything else, which is why she stuck it out. Kristyna added: “I’ve always just loved music whether that’s performing, writing or just listening. I think I’d be very miserable if I didn’t do music, so I’m doing it for my own selfishness really.

“But I would never have been able to do it without my parents both financially and in lots of other ways. They’ve always encouraged me to do music and said don’t get a real job, we’re going to support you if that’s your passion.”

Unlike other artists who seem to be floating on air after being signed, Kristyna remains as humble as ever and has decided to help raise £250,000 for the homeless charity Centrepoint via a musical marathon with her friend Ben. Talking about the interesting venture, she said: “We’ve done a lot of miles already and have been going across the UK doing a busking tour. We’ve been busking in the daytime before our big gigs in a bid to raise money.”

The duo contacted many big artists to ask if they could busk before their shows and actually landed the whole of the Kew Gardens festival, which Kristyna describes as being ‘absolutely amazing’. They have supported acts such as Will Young, Gypsy Kings and Pink Martini to name a few.

In between touring, keeping up with her family in Leicester and her husband and friends in Manchester, it would seem like Kristyna really does have her hands full. But she insists that she always takes time out to return to the city she knows as home and to visit her parents. She said: “The beauty of touring around means I’m often in London and Leicester’s a really good half way point between Manchester and London. I usually stay in Leicester as it’s a pretty long journey if you travel straight the way through. Whenever I have the opportunity to come, back I do.”

And with all the touring and socializing with celebrities, you would assume that the singer would be accustom to living the glamorous life, but she loves nothing more than chilling out at her parents house when she’s in the city. When she’s in Manchester, she simply loves walking her dog Mr Beefy and just taking some time out with her husband. Kristyna added: “My husband’s just done up a camper van – it’s a 1967 Ford Transit Mark 1. We’ve gone to Cornwall in it once but I just love being able to forget about everything and visit places in the UK I’ve never seen before. Just not knowing where you’re going to go is an experience on its own.”

Living a complete dream, it’s only fitting that her debut album is titled Pinch Me Quick. Her debut single I’m Not Going Back was released earlier in the year, with her next single due to be released at the end of 2012. Her debut album, which will be released in early 2013
is described as a mix of soul and pop with a hint of jazz thrown in. Kristyna has also written many of the songs herself.

When asked if she had any advice for aspiring musicians, Kristyna said: “I would say keep writing as much as you possibly can and perform at every opportunity, however little the crowd, whether there’s three people listening or 300. Just keep going because although it can happen quickly for some people, it took me seven years. I suppose you just have to keep the hope alive and keep going for it.”

For the latest news on Kristyna and her music visit her website www.kristynamyles.com

LEICESTER CITY ARE MOVING ON UP!