Pukaar Magazine’s sports reporter John Sinclair catches up with the manager of the city’s much loved football club.

Leicester City Football Club manager Nigel Pearson has recently celebrated his first year in charge and in his second spell at the King Power Stadium he talks about some of the changes he has made and the impact they’ve had. 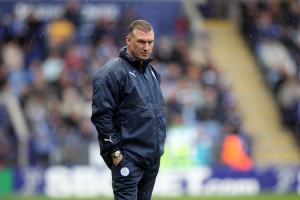 Pearson and his first team coach Craig Shakespeare first came to Leicester in June 2008. It was during the following season that they guided the club back to the Championship after its relegation to League One.

Speaking about his time at the club since his return in 2011, Pearson said: “The squad has really changed from a year ago. Did I envisage doing that amount of work on the squad? If I am honest, no, but it needed to be done. Last season was complicated and we have certainly moved the club forward in lots of different areas.”

“We are doing okay this season. We aspire to get back into the top two and that is an ongoing process, but it will be more important to talk about whether we have achieved these goals at the end of the season.”

There’s been a big turnover of players since his return with only Andy King and Lloyd
Dyer remaining at the club since his first spell in charge. Pearson brought in Anthony Knockaert, Jamie Vardy, Zak Whitebread, Richie De Laet, Matty James and Marko Futacs over the summer, while releasing some of the higher earners at the club like Matt Mills and Sol Bamba. “We’ve been operating with a much smaller squad but having said that, in terms of the midfield area, we’ve not made too many changes,” he added. 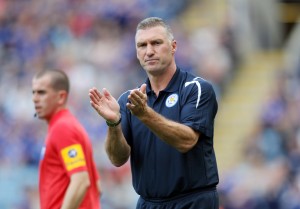 The manager also commented on how pleased he is to see younger players like Liam Moore gain some international experience with the England under-21 side. He said: “He’s had a very good start to the season with us, and if you look where he was a year ago he’s made great strides, so to make even a limited appearance for the national side is a testament to the amount of hard work that he’s put in.” He hopes that Moore will provide an inspiration for other young players and said: “He’s worked very hard on his game and we’re very proud of him.”

Pearson was nominated for the Championship Manager of the Month Award in September, but his focus is on gaining promotion to the Premier League. “Certainly we have worked very hard to get the squad into the shape it’s in, and hopefully that will develop,” he added. “I’ve enjoyed my first year back. The Championship is a difficult league when it comes to consistency but I think our performance levels for the most part this season have been very good.”