Last year proved triumphant for the British heptathlete after winning bronze at the Commonwealth Games and just two months later, became the World Under-20 Champion. Niamh Emerson speaks to Jessica Challoner-Sterland about life as a student, her notable achievements and the transition from a junior to a senior athlete.

Despite a heavy training schedule, as well as studying for a degree in Psychology at Loughborough University, the 20-year-old arrived at the Pukaar HQ positively upbeat for a sunny, yet frosty morning in February. She remained admirably composed during our outdoor photo-shoot in Leicester’s Victoria Park without any complaint, a trait that’s undoubtedly aided her sporting success. 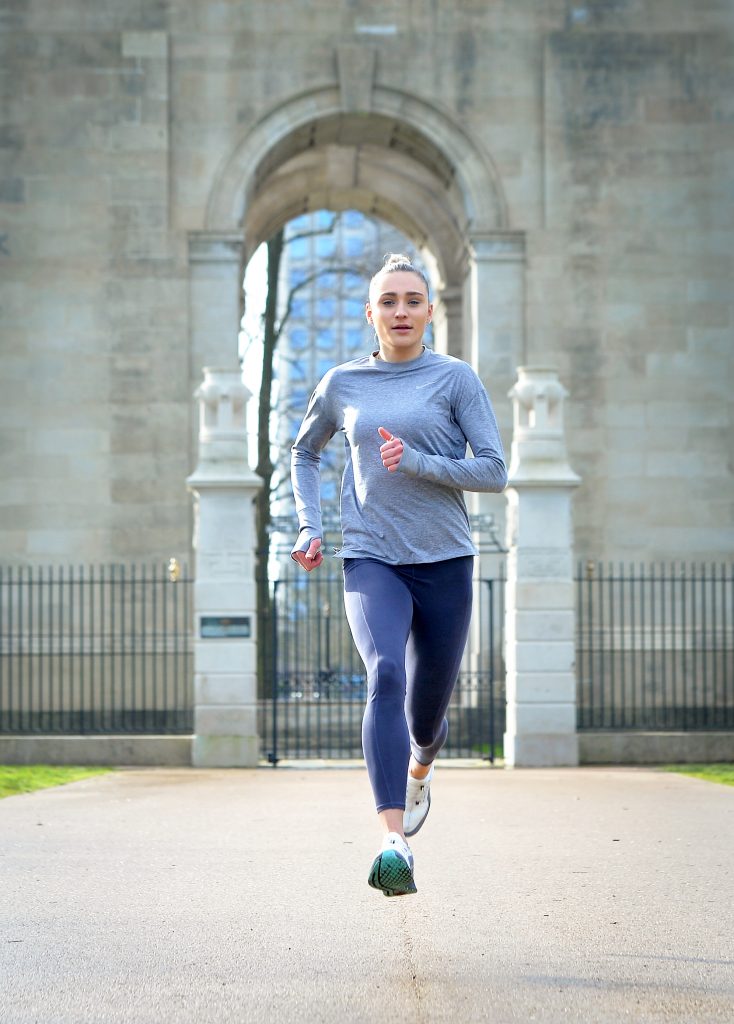 Athletics has always played an important role in Niamh’s life. As an energetic child who’d tried everything from gymnastics to ballet, it was at the age of eight that she found her calling and was encouraged to join her local athletics club in Derbyshire. Competing in both county and national events, it was at the age of 14 that she took a step-up from just running when she was introduced to the heptathlon. Made up of seven events consisting of 100-metre hurdles, high jump, shot put, 200 metres, long jump, javelin and 800 metres, the heptathlon is certainly not for the faint-hearted:

“In order, I’d say that I’m best at jumping, running and then throwing. I’m a natural runner and jumper, so I’ve really had to work on my throws quite a lot. However, I’ve learnt that jumps and the throws aren’t too dissimilar even though they look completely different.”

After completing college, the athlete was keen to go to university as well as continue her training. Regarded as the world’s best sporting university, Loughborough was the perfect fit and a place that was already familiar: “By the time I was studying for my A-levels, I was already training at Loughborough three times a week, so it was just a really natural transition to go to university there. It also meant that I didn’t have to change my training set-up.”

Coached by David Feeney, Niamh dedicates five days a week to training: “I tend to train for every event once a week and then my gym session is broader, so I’ll train for both throwing and running. As the nature of heptathlon is all about maximising your time, I will link my sprints in with my warm-up and then move on to hurdles.” 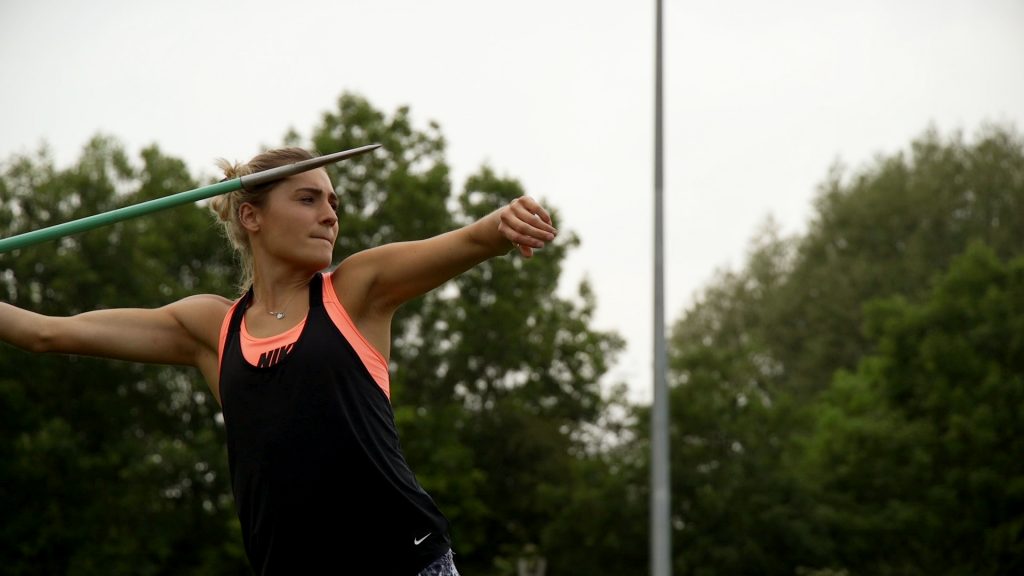 Back in April 2018, she followed in the footsteps of her hero Jessica Ennis-Hill after winning bronze at the Commonwealth Games in Australia – her first ever senior event: “It was incredible. I’d never experienced anything like it because I’d only ever done Junior competitions. It was only during the competition that I thought I could actually win a medal. A lot of time I go places and think, I’d love to win a medal, but then I end up coming fourth or fifth.”

Just two months after the Commonwealth Games in July, she remarkably went on to win gold at the IAAF World Junior Championships in Tampere, Finland with a personal best of 6253, the third-best winning score in World U20 Championships history. No-one was more shocked with the results than the heptathlete herself, who was ranked third going into the competition: “What I normally do is get to the 800m and then work my way up from that event to try and secure third place, but to be in the lead from the start was so surreal.”

It was a dramatic end to the contest, to say the least during the 800 metres with the heavy rainfall and Austria’s Sarah Lagger closing in: “In an event like the heptathlon where there are so many events, the odds of you scoring similar points are very slim. We’d done completely different performances to get to the same point, so it was a big shock. Then, the whole two days just came down to one race, and it was whoever won the race would win.”

With a jam-packed training schedule, university deadlines and all of the other things that come with student living, I was interest to find out whether she feels like she’s missing out with her friends: “A lot of my friends are in athletics, so they understand it because they are doing it with me. To some extent, I guess you do miss out on the whole uni experience, but we still do go out during off-season, just not to the same extent. When you’re around like-minded people who are doing the same thing as you, you don’t feel like you’re missing out too much. It would definitely be harder if all of my friends didn’t do athletics.” 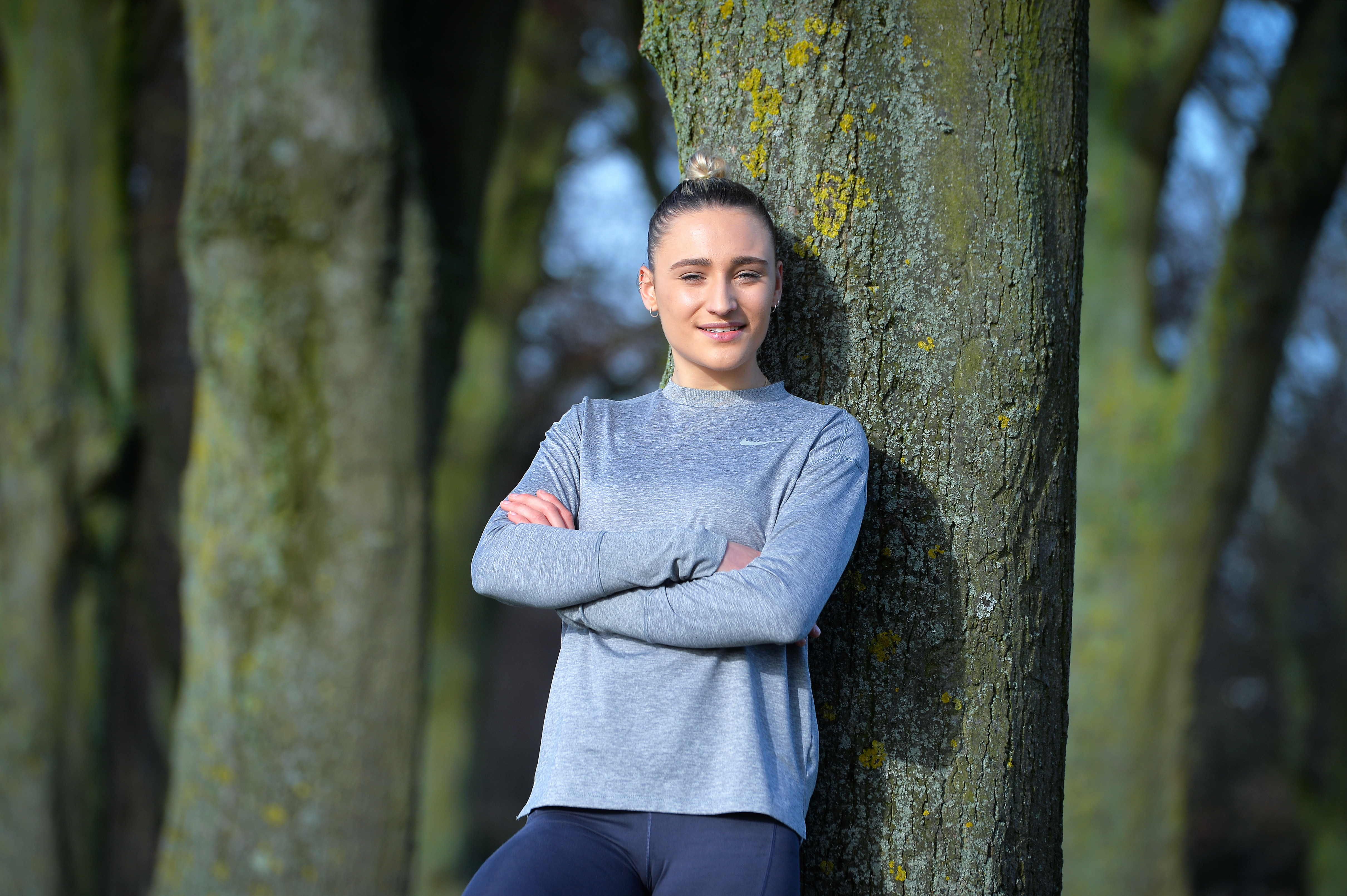 As we sat talking about all thing’s food related, the athlete reveals that although she eats well, she does enjoy chocolate as much as the next person and won’t restrict herself. She also has a positive mentality for when training and competitions don’t go to plan: “It’s natural to have dips and peaks, but you just have to persevere. It’s obviously easier said than done, but when you see your performances peak after a drop, you start to believe that things will get better again.”

Last year put Niamh in great stead for the start of her journey as a senior athlete, and she’s taking it all in her stride. The heptathlete will participate in a multi-event in Gotzis in May and is hoping to qualify for the IAAF World Championships in Doha in October. We wish her the very best of luck!