Award-winning independent filmmaker Jess O’Brien talks to Keya Modessa about her latest project and being a voice for a young generation.

A lot of things come to mind when you’re about to interview a teenager but Jess O ‘Brien is a breath of fresh air. She’s confident, calm, ambitious and likes to use the word ‘amazing’ but when you’re 16-years-old and have had the opportunities and success she has, life is pretty ‘amazing.’

The teenager has always had a keen interest in drama and joined the Pauline Quirke Academy of Performing Arts where she met Keith Allot who cast her in her first short film, Flawless. 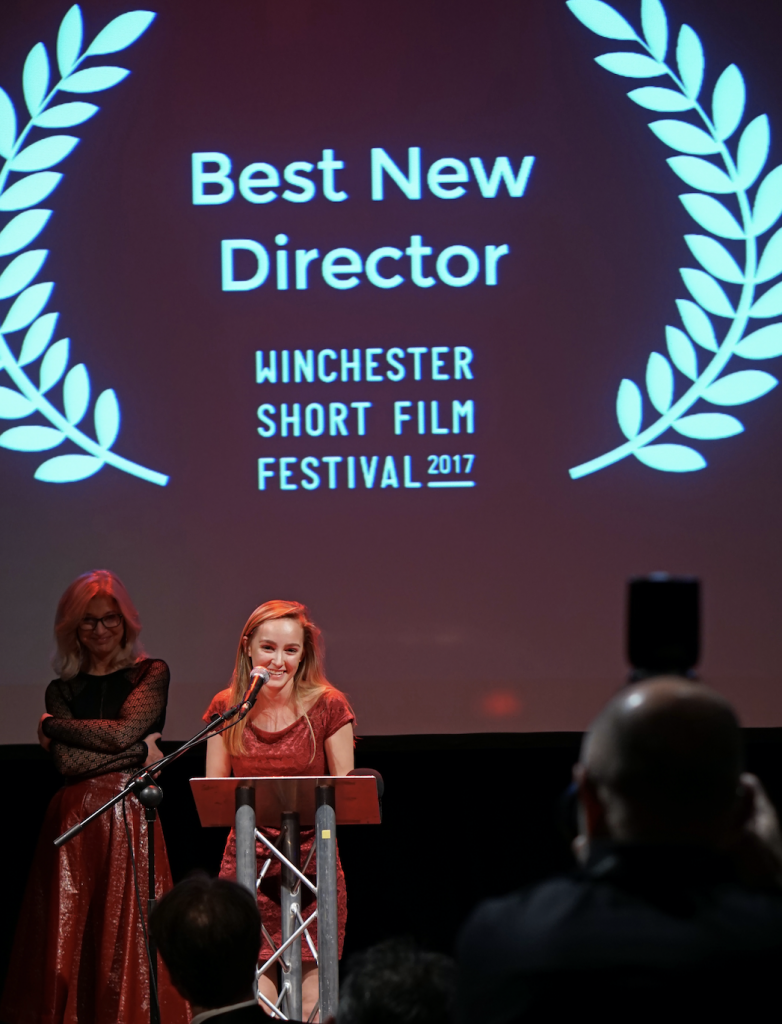 Acting gave her the opportunity to get a closer look at what happens behind the scenes and inspired her to get behind the camera.

Written, acted and directed by Jess, Coping was her directorial debut and looked at how a young girl recovers from the death of her two best friends. She went on to direct Girl A, a short film about a girl who is originally perceived as a bit of a bully:

“I took the idea of bullying and flipped it, so we see it from the bully’s point of view instead of the victim. I wrote it so that she was the subject of domestic abuse. So the big question we put out to the audience was “Is she a bully or is she a product of what she has been through in her childhood?” ”

Jess talks passionately about the representation of women and especially younger girls. “I stand for a young, female point of view and have always cast females in my films but it was never intentional, I’ve just always had ideas based around females because that’s what I know.”

The success of Girl A thrust Jess into the limelight and as a result has received a string of awards including Best Director at the Festival de Cinema Escolar de Alvorada, Best New Director at the Winchester Short Film Festival awards and the film has been screened at festivals all over Europe not to mention at the BFI Future Film Festival in London.

Now in her first year of A-Levels at Wyggeston and Queen Elizabeth College, she has just finished the post-production for her new film called Stripped based on the dangers of sexting. The film has been commissioned by Safen3t, an educational programme aimed at informing people of the risks and dangers of social media and the internet.

With so much going on I ask her how she finds time to juggle it all:

“I don’t feel like it’s a job but I do see it as a job. It’s a lot of work but I love it so much that I’ll always find time for it and I like to keep myself busy.”