If this year’s 70th anniversary of the Partition of India teaches us anything, it’s that forced mass migration, and the extraordinary extent to which individuals will overcome seemingly impossible odds, is not a modern phenomenon, says Gary Newby.

We’ve heard afresh first-hand accounts of the horrors of the killings and cruelty that took place during the violent, frantic birth of two independent states when freed of the reigns of foreign rule.

We also heard how despite the violence, there were countless stories of Hindus and Muslims helping each other, providing shelter, sometimes safe transit, often saving lives and keeping families together.

The two communities had lived in harmony for years, for centuries even.  Then, with freedom came fear and unparalleled violence, as 15 million people attempted to cross hastily drawn borders in what became the largest migration in history. Hindus and Sikhs fled to India, Muslims to Pakistan. 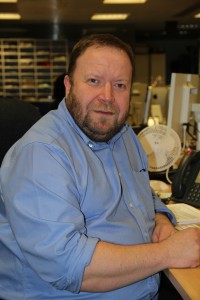 Many whose lives were shaped by those tumultuous events came to Leicester to make their home – and their peace – and where it seemed right to us at ITV News Central to base our coverage of the anniversary.

Our Leicester Correspondent Rajiv Popat produced a series of reports from the city.  Ram Singh Dhesi, a 10-year-old schoolboy in Jalandhar, Punjab, at the time of Partition, told him “We were thinking that we were quite ok but within a month things changed. Either people started killing each other or arming themselves.”

Kidar Nath Jain grew up in the Jhelum district of Pakistan and was left traumatised by the death of his father who was killed during the riots after Partition. He said the violence was senseless. People who had previously been friends suddenly became enemies.

Rajiv concluded that 70 years on, Indians and Pakistanis feel a deep sense of pride and belonging about their respective countries. And whilst the anniversary allowed for great celebrations there was also the opportunity to remember and reflect upon the heavy price that was paid for their freedom.

The acrimonious split had also set in place a deep mistrust. India and Pakistan remain at daggers drawn. They’ve clashed over Kashmir – a territory which remains disputed, and launched wars against each other in 1965 and again in 1971.

The upheaval and pain of Partition transcended time and place and the generation that lived through it are now in their 80s and 90s. Time is running out to hear their voices and to tell their stories about this extraordinary event, the legacy of which continues to shape our world.

MY LIFE IN ART