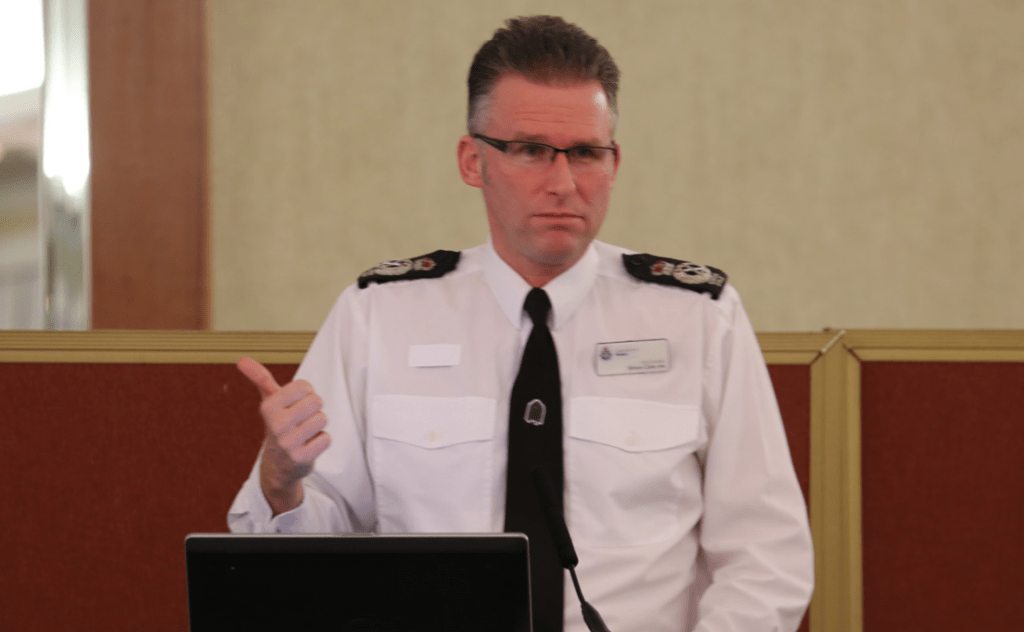 Chief Constable Simon Cole shines a light on the challenges that Leicestershire Police have been facing during the pandemic, and discusses the diversity of the city and the team.

Needless to say, the last 12 months have been something none of us anticipated or indeed have dealt with before.

It has been challenging for us all, and especially so for us at Leicestershire Police. I have been through many different situations in my career but never so challenging as policing through a global pandemic.

We have learnt a lot about ourselves as an organisation and how we work but also that we can step up to the plate when it is needed.

As I write this, our new police officer recruitment campaign has gone live. Over the last 12 months, we have been recruiting new officers in a way we haven’t been able to for many years. After a long period of relative austerity and cuts to policing, police forces are now recruiting in the highest numbers since before 2010.

This is thanks to increased levels of Government support alongside investment via the annual budget set by the Police and Crime Commissioner.

As the Chief Constable, I want to ensure we have a police service that is representative of the many different communities we serve in Leicester, Leicestershire and Rutland. Leicestershire and in particular the city of Leicester is one of the most diverse areas in England, with an estimated 25 per cent of people in LLR identifying as Black, Asian or Minority Ethnic and more than 130 languages and dialects are spoken in the city of Leicester alone.

This is why the Police and Crime Commissioner resolved that one in four of those joining the police family as an officer or staff member (almost one-third of the force are staff members) would be from a Black, Asian and Minority Ethnic background.

We know that the best way to be a service that truly understands its communities we need to reflect them. Policing is a deeply rewarding career with an appeal for everyone including school leavers, graduates, people who want to change careers and those from under-represented groups.

There are two main routes into modern policing. The first being through the Police Constable Degree Apprenticeship, where you can earn while you learn on the job, and the other a Degree Holder Entry Programme aimed at graduates.

Policing is becoming increasingly professionalised and is a career within which you can develop fantastic transferrable skills. When I meet our new joiners, both officers and staff, I am always impressed by their energy, innovation and passion to serve local communities. Even after 32 years in policing it makes me envious of them and wish that I could start all over again!