Pukaar Magazine speaks to Bharat Patel about his book, Indian Takeaway which explores his childhood journey living in three continents.

As a journalist who has worked for the likes of BBC Radio 4, ITN and ITV News Central, Bharat spent many years sharing the stories of other people, but it was whilst on a job in Gujarat, India in 2001 which sparked an interest into his own background. But although the Indian state was his birthplace, he reveals that he felt more like a foreigner:

“It’s a sort of strange feeling that you only get when you come from a different country, I suppose. There was a government minister called Norman Tebbit, and he did something called the cricket test where he’d ask immigrants which team they supported– England or India. My dad would always say India, and funnily enough, I did as well, which I couldn’t understand because I felt a lot more English than I did Indian, but there’s a tie there that you can’t get rid of.” 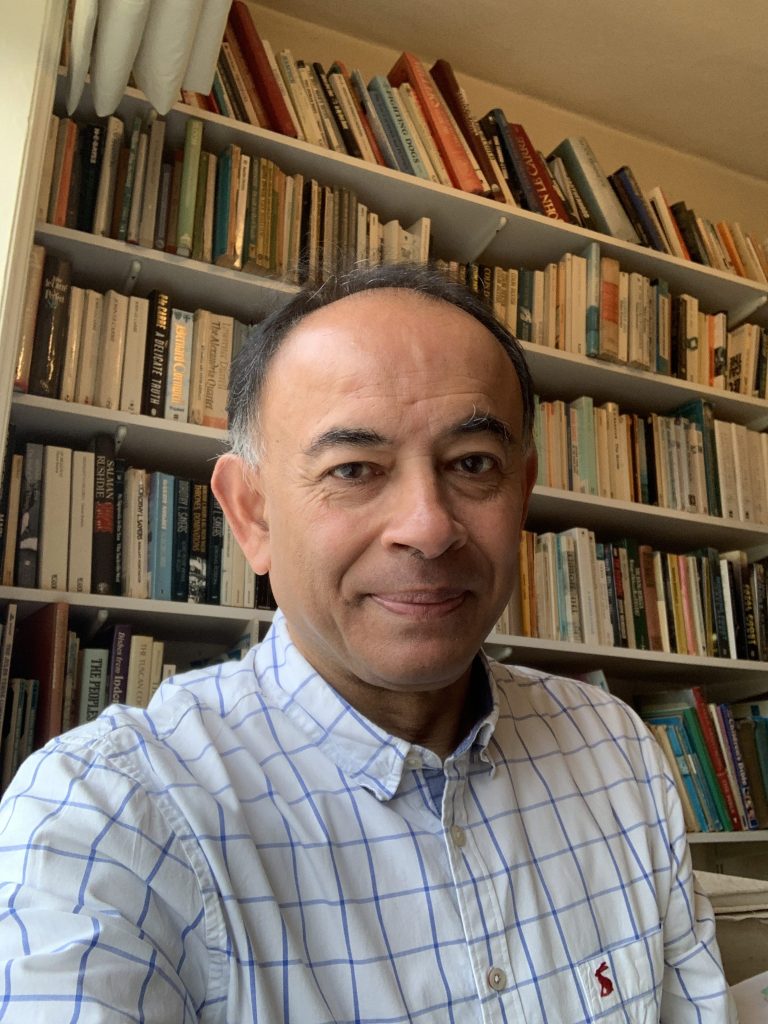 Over the next decade, he asked his family hundreds of questions and uncovered many stories of his childhood: “I didn’t really know anything about where I was born, so I asked my parents and uncles, and started to write things down.”

After piecing together memories that he could remember and information provided by family members, Bharat accumulated enough material to begin writing his book. Indian Takeaway, which was released back in November 2019, is divided into three main sections reflecting on his life in India, Africa and the UK. The book reveals a colourful and interesting account of his childhood through funny and distorted tales as he adjusts to three very different ways of life: “I enjoy telling stories and entertaining people, and that’s what I’ve tried to do in the book. I mean, it’s what I’ve spent my whole career as a journalist doing.

“Everybody’s life is full of stories but most people don’t appreciate the stories that they’re in at the time. Maybe my stories are a little more colourful because of what happened to me because I moved around so much.”

Bharat lived in India until the age of five, and the blurred memories of his home country come to life in the book through vibrant descriptions of his family, delicious food, stories of Hindu gods and his village, Ganeshgam: “The title of the book Indian Takeaway, is what I took out of India. There’s so much of India that’s always within me, it doesn’t matter where I go.”

The ‘second course’ of the book paints a colourful picture of the short years he spent living in Zambia, where he experienced several unforgettable incidents including his first sighting of exotic animals, and a disastrous three thousand mile journey across the plains of Africa.

It was the predictions of a local soothsayer who influenced Bharat’s final big journey after revealing he needed an education: “I think he was guessing, but my dad took him seriously which led me to England. He sent me on my own to live with my uncle, which was quite a shock.” 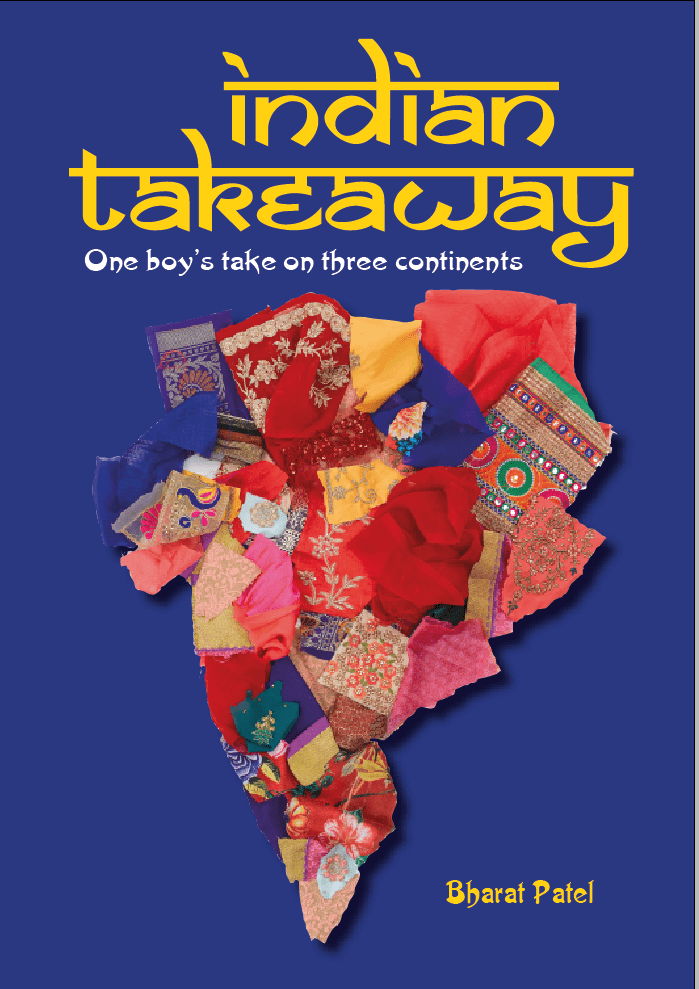 He arrived in Leicester at the age of eight during the ’60s where he shares his experience of adjusting to the changeable British weather, the Leicester dialect and starting a new school as the only Asian pupil in his class: “I can’t think of any other life now, but at the time I was just desperate to go back to Africa. There’s that fundamental question as to why you’d uproot and go halfway around the world to somewhere that doesn’t feel as nice instantly.”

Looking back on his exciting childhood, Bharat reflects on his favourite memories: “I think something that’s completely disappeared now is freedom. We used to go out and play in the park when I came to Leicester. During the school holidays, as soon as we had breakfast, there’d be a football game going on and then you’d go home, eat lunch, and then go back if it was a nice sunny day. In between, you’d play cards or go on the tennis court for an hour, and we were outside all day. Kids are attached to their gadgets and aren’t really let out anymore.”

Bharat hopes in time that the book will be something his children can enjoy and pass on to the next generation: “My father died around six years ago, and I’d have loved to have asked him lots more questions, but it’s too late. Your children aren’t always interested in you; I wasn’t that interested in what my parents had done. So, by writing the book, I’m doing my children’s job for them in a sense.”

For the last eight years, Bharat has been running his own successful media company, which creates films for the likes of the BBC as well as local charities. After completing his book, he decided that all proceeds raised from the book sales would go to Hope Against Cancer, a research charity based in Leicester, who he has also previously created a film for: “A figure that stuck in my mind is that one in three of us will die of cancer. It’s a disease that’s going to affect us all in some way, so that was the reason I chose it.”

To purchase a copy of Indian Takeaway, visit: hopeagainstcancer.org.uk/store

To win a copy of Indian Takeaway, simply answer this question:

How old was Bharat when he moved to the UK?

To enter, send your answer along with your name and address to
info@pukaarmagazine.com by Friday 27th March 2020