LEICESTER BORN JONNY WALTON TALKS HIS OLYMPIAD QUALIFICATION, AND THE TOUGH ROUTINE OF A GB ROWER.

Humble – a word I would use to describe Jonathan ‘Jonny’ Walton as we sat and discussed his journey from a rowing hopeful to making his debut in the Great British Rowing Team.

Just months away from the greatest milestone in sport for all athletes, I felt honoured to get Jonny on a rare day off where we discussed his career so far and how the 25-year-old has got to where he is today: in the running to compete at his first Olympic Games. 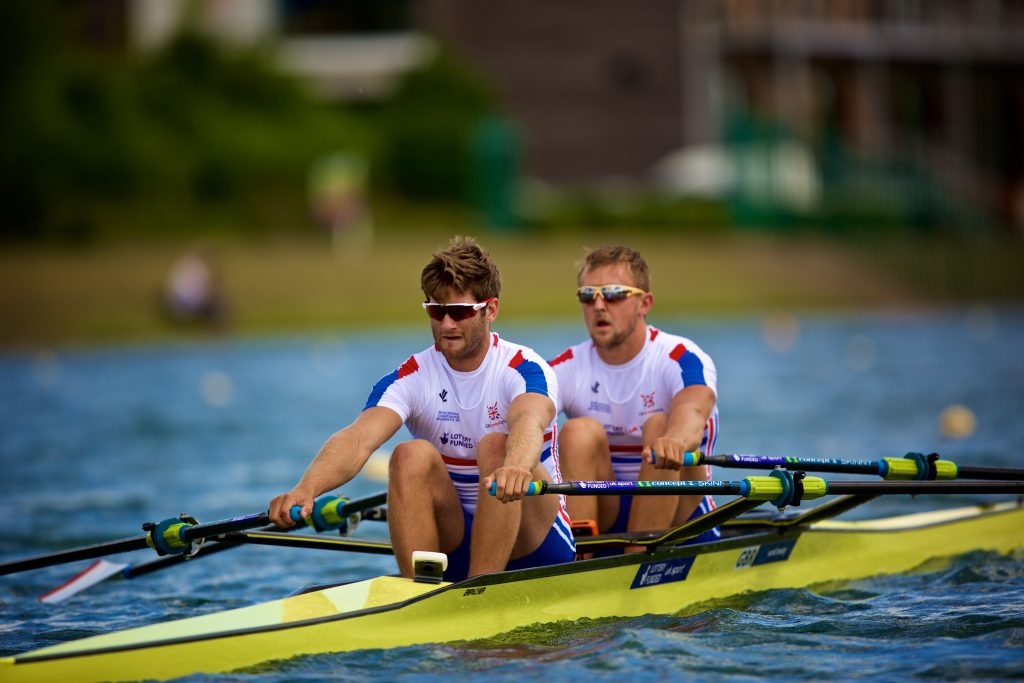 As I sit writing this, the Lucerne World Cup is about to get underway, a warm-up Olympic competition for those in the Great Britain team that could be heading to the Brazilian tropics. As I write this I have just received confirmation of Jonny’s Rio Olympics selection, he is now days away from stepping out onto the picturesque Lagoa Rodrigo de Freitas.

It’s only fair really, as it was Jonny and partner John Collins who qualified the men’s double scull boat for the Rio Games with an eighth place at the World Championships last year. Since their initial pairing at the 2014 European Championships Jonny and John have gone from strength to strength. In May the pair competed at the European Rowing Championships in Germany and reached the final, coming sixth in blustery turbulent conditions that challenged the boys.

But, where did it all start? As a young Leicester lad Jonny got into rowing through his family. Both his parents are rowers, and his dad is also an umpire meaning that Jonny spent many weekends of his childhood following them around the country. Jonny began rowing when he was 15, on the canal by Leicester City Stadium. “I was always into lots of different sports as a kid and it was something I fancied giving a go,” said Jonny.
“My original coach, Howard Marsh, believed in me and thought I should take it forward. He took me under his wing, followed me to Loughborough University, and is still to this day involved in my rowing behind the scenes.” 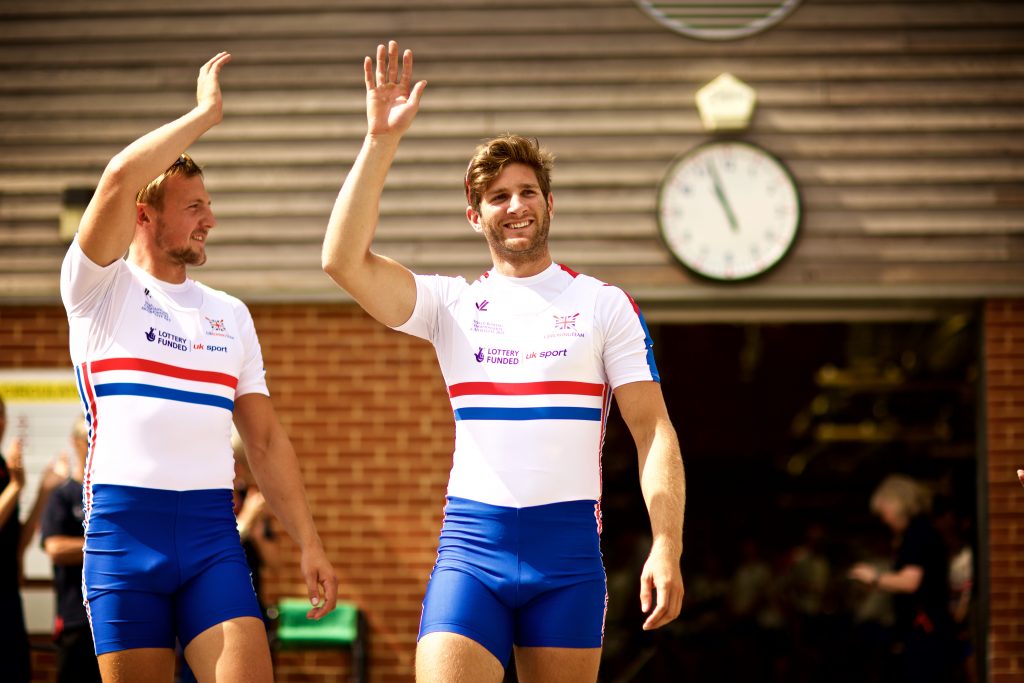 After graduating from Loughborough University in 2012 with a degree in Sports Science, Jonny moved to Henley-upon-Thames to join the British Rowing team full-time, and has been living and training there ever since. With a day off every three weeks or so, training is extremely intense. I asked Jonny what a typical day in the office is for him; it’s safe to say it is far from similar to mine. “We get to training for about 7:30am and it’s either a row on the water or a weights session. There are typically three sessions a day, so we have the morning row and then have our second breakfast, another session before lunch and then we have a little rest before going out once more in the afternoon.”

Phew, just hearing the schedule tired me out, but it’s not just the vigorous training that Jonny has been tirelessly completing, the lead up to the end of the Olympiad has seen him and the rest of the GB crew compete in numerous competitions for both practice and qualification. Before the European Championships the team were out in Portugal for two and a half weeks of training, they will visit Austria and Italy before heading to Rio for a handful of weeks prior to the Games, this time of year is what Jonny has been looking forward to most: “It’s the exciting part of the season now really, we have done all the hard work in the winter and now we get to race and see where we stand for the all important Olympic year.”

All this travelling and time with his teammates forms unique bonds among athletes, and as Jonny stepped in to the squad following London 2012 most would think there were big boots to fill, but as the Leicester lad explained that was far from what he was made to feel: “Quite a few people retired after London so there was quite a new fresh group of us that came in for the Olympiad. In the first year it was about to getting to know each other, but in the last couple of years we have all become brothers and best friends. We are a pretty close knit group of guys now which is great!” 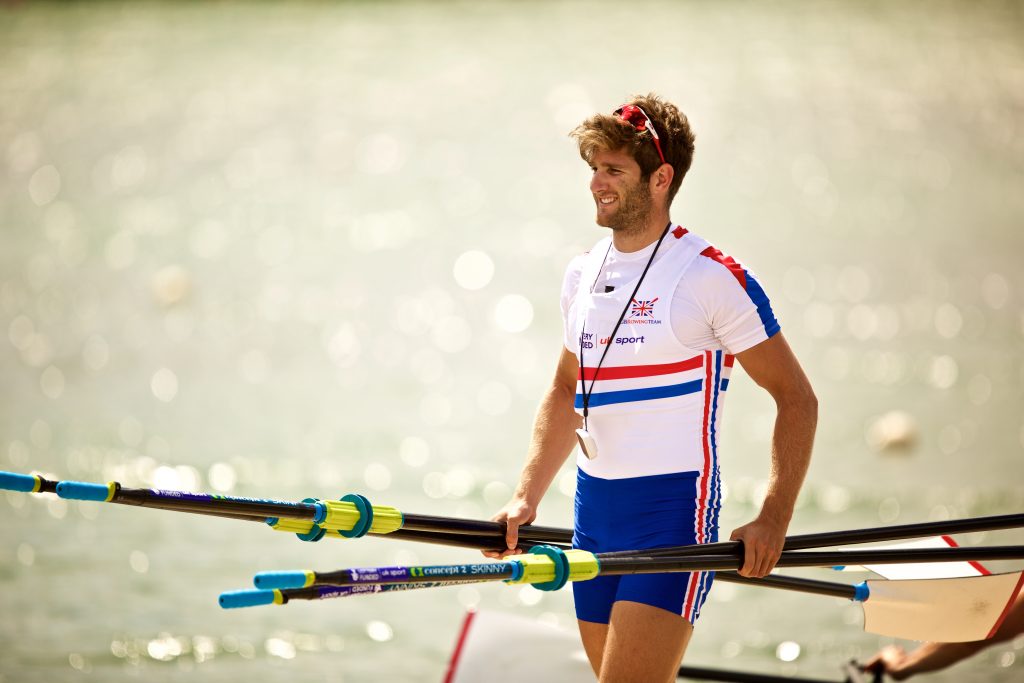 All athletes have goals and ambitions, and as Jonny explained each group staging and the process of selection I asked him what his career goal is: “Obviously to win Olympic gold, that’s the ultimate goal, it’s the pinnacle of the sport. This year my goal is to make the Olympic team, reach the final, and then push for a medal – there is no specific real target, it’s just to make the Olympics and take everything from there.”

As we went on to look back at his success in the sport I asked Jonny what his career highlight to date would be and he pointed out one of the most poignant days of his life as a rower so far: “It has to be last year, qualifying the boat for Rio. There was a lot of pressure on us for that, we didn’t quite get the result we wanted but just getting qualification meant a lot to both of us. It’s been a lot of hard work to get to where I am, so my first medal I can imagine will mean so much to me, fingers crossed we will be getting there soon.”

It seemed that following this talk about highlights and aspirations all too fitting to ask the all important, who is your role model question…so I did.
“I have a couple, I can’t dismiss Steve Redgrave with what he has achieved in the past, but as a general Olympic athlete role model it has to be Chris Hoy – he was obviously incredible. Alex Gregory, who is in the team at the moment, is a great guy. He has a pretty remarkable story and is definitely someone who I aspire to.”

Now, as you read this Jonny could be racing, about to race, or even be stood on the podium receiving a medal listening to the national anthem. We have our fingers crossed for him, as all his hard work to get to where he is now deserves a medal or two, he should be proud of how far he has come from his afternoon rows on our canal.

To all our GB athletes competing in Rio, we wish you all the very best of luck.