Singer–songwriter and all–round musician, Oliver Sean has been singing for as long as he can remember. Keya Modessa caught up with him to talk Grammys, Goa and what genre his music fits into.

Born in Portugal and raised in Goa, Oliver Sean has been living in Leicester for nearly five years but splits his life between Goa, Dubai, New York and the UK. “They call me the world citizen,” he says with his subtle American accent. 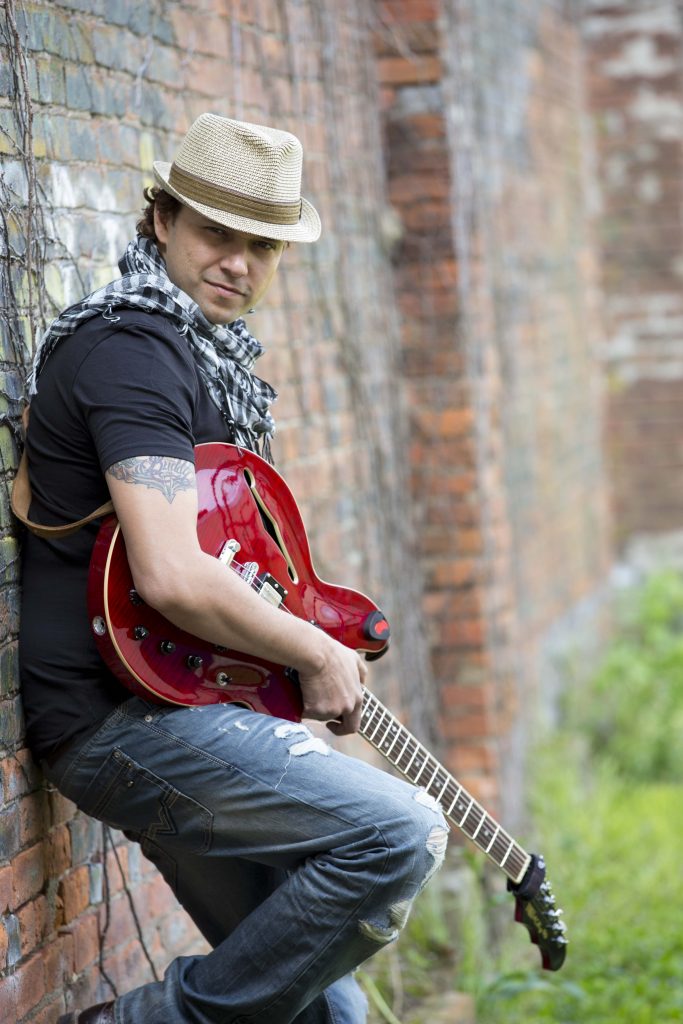 His musical background is almost as colourful as his upbringing. Singing from the age of four, playing the guitar since he was 11, there was always music in his house; his mum liked to sing and his uncle and Godfather was well-known bass guitarist, Victor ‘Pequeno’ Alvares who jammed with the likes of George Harrison so it’s no surprise that he gravitated towards a career in music.

“My foundation in music got really strong in church because when I was in boarding school, I was put in charge of the church choir so I couldn’t bunk off. If I wasn’t there, there was no music.”

It was when he was 10-years-old he saw the movie La Bamba which made him pick up the guitar and want to perform.

“I watched that movie five times in one day and I just knew I was going to be Ritchie Valens. I just wanted to do it and the first song I ever played on stage was La Bamba.”

His musical style has been described as Americana and rock but Oliver keeps it simple describing it as “acoustic rock”. It’s high energy like the musician himself who speaks proudly of what he has been lucky to achieve.

Last year his fourth studio album Devil in Blue Jeans was selected in various categories in the first-round Grammy ballot but unfortunately didn’t make it through to the final shortlist. He then found out that the album won the Akademia Award in Los Angeles for Best Rock Album and was described by them as, “overflowing with great rock-inflected singles like ‘New York’ that could stomp to the top of the charts.”

“Awards like these are a huge support for Independent Artists who don’t have the monetary support of major labels and their influence at the major awards.”

Currently Oliver has been busy promoting his album planning more music videos and writing new songs for his forthcoming album which he hopes to release by the end of the year.

FROM HEADERS TO HEADPHONES