Our sports reporter John Sinclair talks to Gaynor Nash about her career in Hockey and her involvement in finding the Olympic medallists of the future. 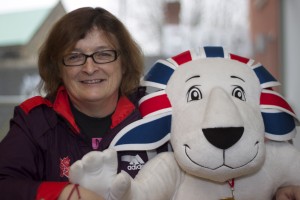 After being one of the popular Games Makers at last year’s Olympics in London, ex Leicester Ladies and Wales hockey player Gaynor Nash is currently working as the regional coordinator for the 2012 legacy for children and young people.

Nash’s hockey career started in her hometown of Coventry at the age of 11. After county trials she ended up playing for a club in Leamington Spa and continued to do so until she enrolled at the University of Leicester, aged 18, where she became the team’s captain.

“Someone then said the best club to join is the Leicester Ladies and so I went along and to be honest I thought they were snobby and posh and I’m not,” said Gaynor. “At first we only really had two teams, but I did later help introduce a third team to help bring on the younger players. The club now has five teams and so I’d like to think that I helped with the club’s development.”

She enjoyed success with Leicester in the 1990s and in fact carried on playing for the team until she was in her 40s. She added: “I played in Europe for the first time in 1995 when we won the bronze in Cardiff in the European Cup Winners Cup. I was also part of  the team that won the National Title for the first time and I’ve carried on playing ever since, and although I’ve still got the skill to play, I now let the youngsters do all the running!”

The London Olympics was something Gaynor was delighted to be a part of. “When a school teacher referred to the Olympics as last year it seemed strange because it feels like it took place yesterday as I’m concentrating now on the legacy and trying to bring that to the children,” she commented. “It was an unforgettable summer and I think we kept our promise of making it a games for young people. The cauldron-lighting by seven youngsters was a great example of that and was just… well perfect, and the youngsters also played a big part in the pre-Olympic torch relay.”

Local councils have since helped put together the Olympic and Paralympic road show and one school event in particular saw Leicester Riders and GB Olympic basketball captain Andrew Sullivan attend an assembly, where the children just couldn’t get over the fact that he was six foot eight! Nash added: “The Olympic gold boxing medallist Luke Campbell has also attended some of these school events as have the Leicester Ladies hockey players who won bronze in London. The kids have really lapped this up and it’s important that they are inspired by these medal winners because they’re our potential stars of the future.” 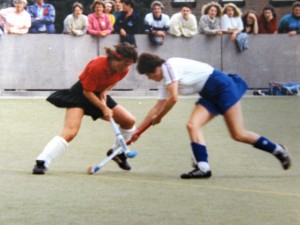 She is clearly passionate about promoting sports, but went on to say: “The question for them is; is there a sport you want to have a go at? But the question then is; are we geared up for kids to have a go at things like gymnastics and the 400 metre hurdles? We have to look at the bigger picture and whether the local clubs can take on junior members, for instance athletics has attracted a lot of interest with the success of people like Jessica Ennis and Mo Farah.”

The fact is that clubs in Leicestershire do have waiting lists and you’d be on one if you wanted a youngster to take up Gymnastics. “Kids saw Beth Tweddle and thought this is amazing,” added Nash. “But the sport of diving has also attracted a lot of interest because of the likes of Tom Daley. In theory we did a lot that was right but when we look at whether the inspired generation will be able to have a go at these sports, there are a lot of questions.”

Gaynor Nash is helping to inspire the school children of today to become the sport stars of tomorrow and one hopes that some medal winners in say 2020 and beyond will have been motivated by people like her.