If you’re a natural mover on the dance floor and love belting out a tune on the karaoke machine, then head on down to Curve, where the search is on to find Leicester’s newest theatre stars. 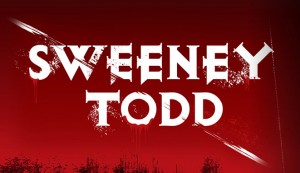 Following on from the success of their previous community productions Oliver! and West Side Story, the Curve’s production team is now looking for local cast members to help bring to life the legend of Sweeney Todd, the demon barber of Fleet Street.

Director Paul Kerryson said: “Casting for Curve community productions has always been really exciting and in the past we have been overwhelmed by the huge amount of local talent coming through our doors.

“Sweeney Todd is a high-energy show, which requires strong lead roles and a solid ensemble. This production has already received a huge amount of interest from budding local performers so I am confident we will once again be spoilt for choice and be able to put together an excellent cast who will deliver a fantastic performance.

“This year there are some great parts on offer. We are particularly looking for some really strong singers. Sweeney Todd has some brilliant musical numbers so we want people who will really be able to belt out those tunes!” 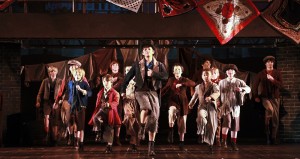 Sweeney Todd will be directed by Paul Kerryson and music and lyrics are by Stephen Sondheim. The book is written by Hugh Wheeler from an adaptation by Christopher Bond. The show was originally directed by Harold Prince and produced on Broadway by Richard Barr, Charles Woodward, Robert Fryer, Mary Lea Johnson and Martin Richards in association with Dean and Judy Manos.

This amateur production will be presented by arrangement with Josef Weinberger Ltd on behalf of Music Theatre International of New York and will be performed by members of the local community.

For your chance to be part of the production simply visit www.curveonline.co.uk and fill out an application form.