Leicester Riders’ head coach Rob Paternostro talks about his American roots and reveals the truth behind the team’s most successful season to date.

Having clinched three out of four domestic titles this season, the Leicester Rider’s have had a dream-run of it lately. They might be all smiles now, but it’s involved a lot of hard work by the support staff and Rob in particular, who took over the post of head coach in 2008/9. 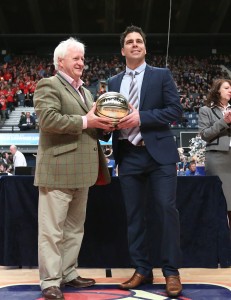 “It’s gone as good as we could’ve hoped for. With six new players arriving, to be able to integrate them all into our system and to be able to have the unprecedented success we’ve had has been pretty remarkable. In all my years of professional sports it’s hard to think of a group I’ve enjoyed being around more than the one we had this year,” said Rob.

There was undoubtedly a lot of talent in the side this year, but the head coach believes it is their ability to play as a team that led to their victory. “We had a bunch of players that weren’t concerned with individual accomplishments. They were only concerned about winning and about what was best for the team.”

Having been a professional, international basketball player for 13 years, Rob understands the pressure these men are under better than anyone else. He credits his time travelling across the globe for making him the person he is today. He adds: “I tell the players now, with technology and the internet it’s almost like they’re sitting in their living room at home talking to people, for me, it was find a payphone and talk to your family once every three weeks or so. You were forced to be on your own and found out a lot about yourself and learnt to integrate with whatever culture you were surrounded by.” 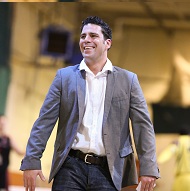 Rob grew up in Waterbury, Connecticut, surrounded by sports. With a dad, who also happened to be a baseball player, he would go to watch matches regularly as well as attending practice sessions and spending lots of time with the team. Both Rob and his brother were never allowed to stay in the house on a nice day and were constantly encouraged to play sports with the other children in the neighbourhood.

Playing sports was all Rob wanted to do and after leaving high school he was offered a scholarship in both basketball and baseball. Of course we know which he ended up selecting. The business administration student, was approached by agents in his senior year at college about playing professionally overseas, and after his very first tour to Italy, he has never looked back.

In 2008/9 he was offered a full time coaching position with the Leicester Riders, which incidentally was the same year he won the coach of the season title. “It was my first ever coaching position so it was nice to be rewarded with that. I think what was nice about getting the award that year was we didn’t win the league and we didn’t win any trophies, but our programme became one of the best after that year. People recognised where we were before I arrived to where we had reached within a year. It was something for the team and the club to be proud of.”

Part of Rob’s role as head coach is to build a team of players who fit with the team and work with the budget they have. A lot of time is spent analyzing videos and liaising with players via the phone. During the season he is responsible for daily training sessions, but admits it can sometimes go beyond basketball. “In some way you feel like a parent. I felt like I had 13 children because there is a lot that goes into it, with how they’re feeling on the day, if they have any injuries and understanding mentally where they’re at. A lot of the guys are in a foreign country as well so its especially important for them to adapt. 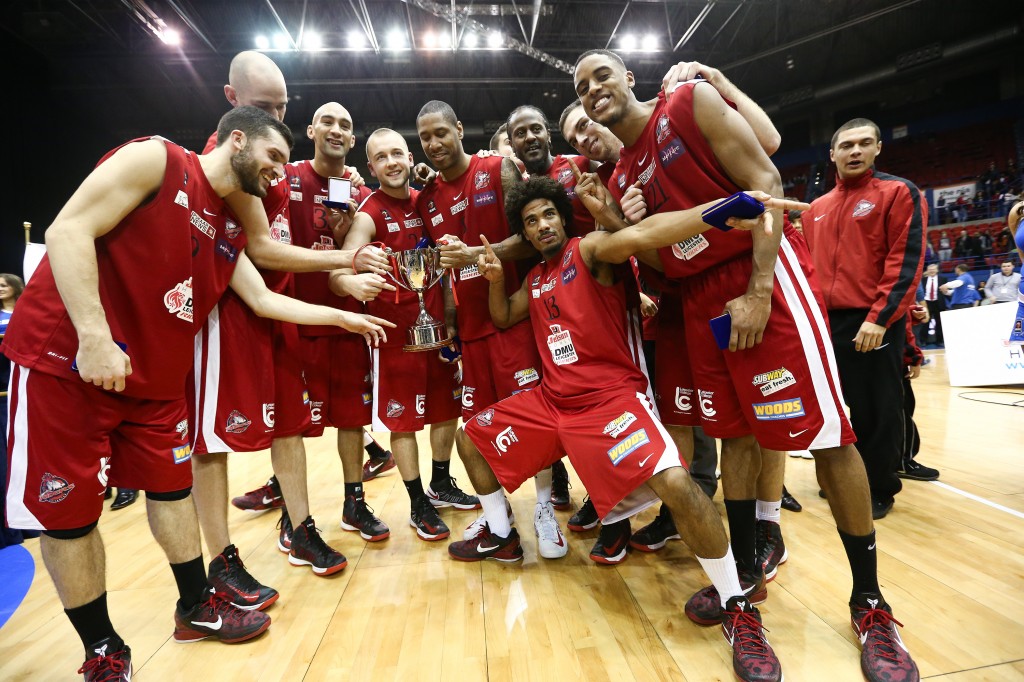 “It can be challenging, but I tell you when the season finishes you feel some sadness because this family you’ve had from September is no longer together. You try to create a family-type atmosphere and when it’s gone, it’s a shock to the system.”

The 40-year-old also went on to talk about how 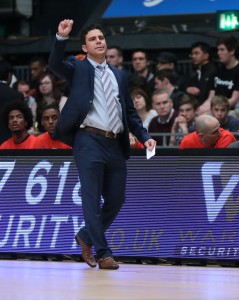 the popularity of the game in the UK has changed over the last decade or so. Since his first visit to the country in 2000 playing for the Birmingham Bullets, he has noticed a definite increase in the participation of the sport and Rob believes that social media has really helped the sport progress because even if it isn’t covered by the national media, it can now be seen online elsewhere.

Keeping with the family tradition, his 10-year-old son is also a keen player, but one of Rob’s concerns is the lack of leagues for his age group. “He plays for his school, but by the time I was 10, having grown up in the Unites States I was playing in organised leagues for three to four years already. It’s a little different here but he likes it and there’s no question that he’s had the opportunity to get some incredible access to some very talented players and some great games.”

When asked where he’d like to be five years from now, Rob said: “I don’t like to look that far. What I try to do is to win everyday. That’s my goal in life and in basketball. I just wake up in the morning and try to win everyday whether it be being the best dad I can be, the best neighbour I can be, or the best coach I can be.”

Fighting for an education