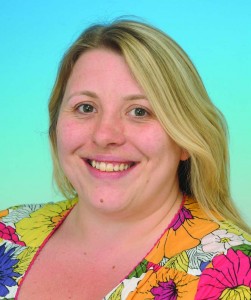 MORE than 40,000 women in Leicester may have experienced domestic abuse and sexual assault in their adult lives. This is around a third of all women in the city.

In Leicester, the city council is working with a number of other agencies to make sure that men and women know how to get the support that’s available.

“Our campaign is called ‘How many times?’ and its title is significant. We know that on average, a person will experience 36 incidents of domestic violence before seeking help.”

For many people, it’s not a simple choice of talking about abuse or remaining silent. Many factors and pressures influence these decisions, including fear and shame.

“Our campaign is to tell people that they do have choices, and they are not alone. We have produced posters to promote the local specialist helplines available, which can be seen in libraries, GP surgeries and lots of council buildings.”

A short film about a woman who experiences domestic violence, telling her story through her best friend who doesn’t spot the escalating signs of the abuse she is suffering.

“We also have an ongoing programme in the city to recruit an army of community champions, who are being trained to look out for the signs and point people towards help.

Many who work or socialise with people experiencing domestic violence, or have been sexually assaulted, don’t know where to turn.

“Our training sessions will help our champions to spot the signs of domestic violence so they can tell others where to get the help they need.”

In Leicester there are two telephone helplines dedicated to supporting victims of domestic violence and sexual assault.