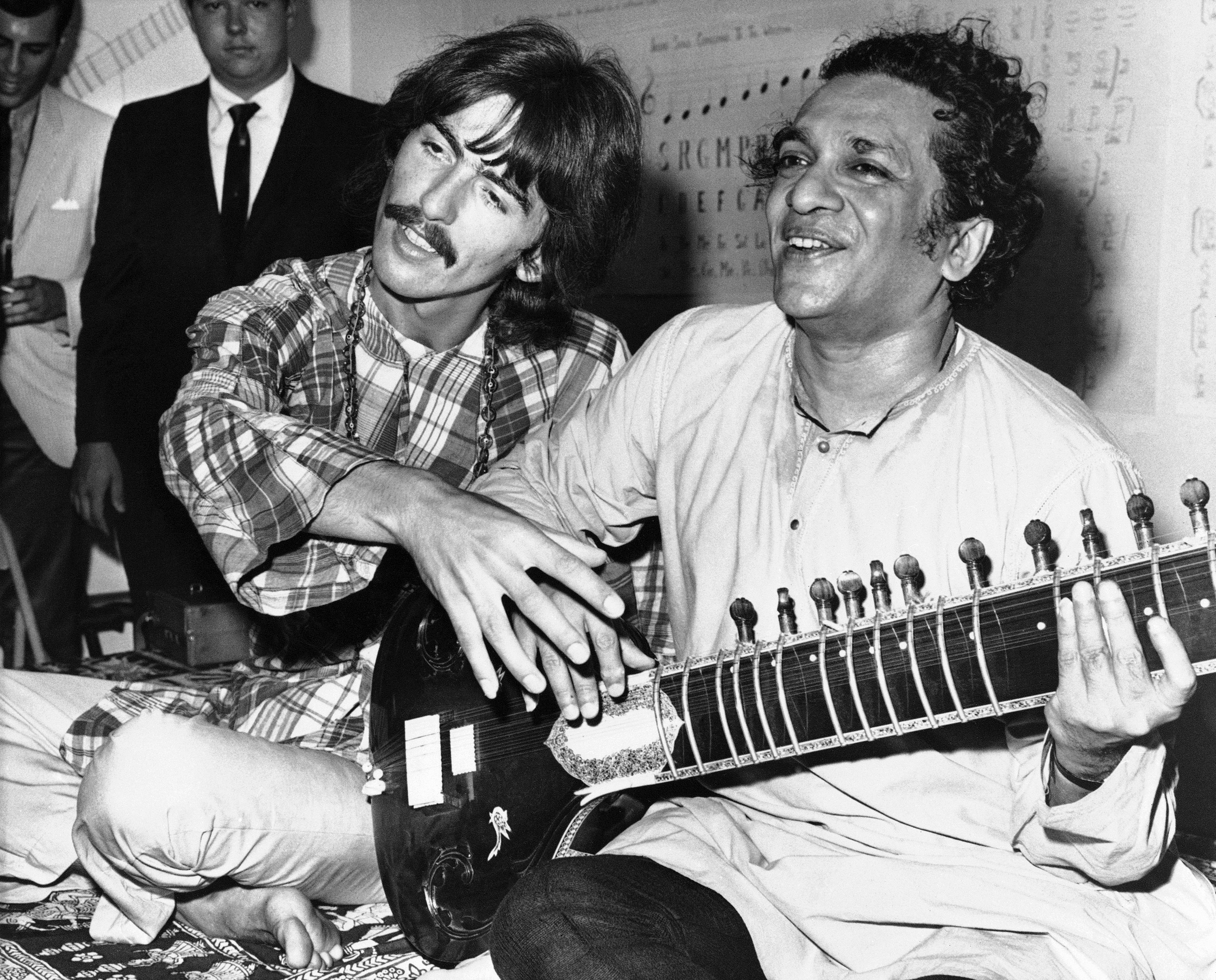 FILE – In this Aug. 3, 1967 file photo, George Harrison, of the Beatles, left, sits cross-legged with his musical mentor, Ravi Shankar of India, in Los Angeles, as Harrison explains to newsmen that Shankar is teaching him to play the sitar. Shankar, the sitar virtuoso who became a hippie musical icon of the 1960s after hobnobbing with the Beatles and who introduced traditional Indian ragas to Western audiences over an eight-decade career, died Tuesday, Dec. 11, 2012. He was 92.