Japan – more greatly known for its futuristic spectacle cities and flamboyant heritage of temples and gardens, has recently stepped into the winter sports limelight as the new cutting edge country to visit for snow and slopes. 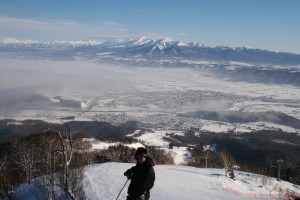 Four months of snow falls here every year, lying as a thick cushioning blanket upon the central and northern highlands of Japan. The high snowfall is thanks to the benefit of Siberian weather fronts passing over the Japanese mountains. Over 70% of Japan’s land is mountain of which has proven to be a secret escape for city workers during the winter frosts that has recently come to the fore front of the modern day picturesque winter holiday hunters.

In addition to skiing, winter holidays to Japan offer a cultural experience that skiers may not necessarily get in Europe. Aside from the slopes a number of resorts offer the chance to delve within their hot springs and spas, the visiting of a collective of sacred temples, and the close proximity of the vibrant city richness of the country. Although you may be going to experience a cold mountain based holiday you should take advantage of being within this culturally centered country and visit Tokyo for the day. Wander the city streets and visit the Imperial Palace, the Tsukiji fish market, and shop a little in the hustle and bustle.

Japan hosted their first Winter Olympics in 1972, which was the first to be held outside Europe and North America, and it shone a new light upon the image of skiing in Asia. The country and its islands are covered in over 500 ski resorts, scattered over Japan comprised of large-scale facilities holding dozens of runs to small one-life slopes that have a select handful of courses. Here I shall name but a few that are becoming fully booked out holiday destinations. 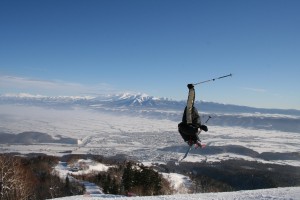 The island of Hokkaido, the country’s second largest island, is hosting its 67th Sapporo Snow Festival in February, an annual event that welcomes the snow lovers amongst us to congregate together and celebrate the country’s winter wonderland. The festival is one of the largest winter events and attracts around two million people each year. The worldwide visitors come to glimpse the array of splendid sculptures that cover Susukino with the international snow sculpture contest held at the Odori Park during the seven-day festival. Sapporo is the largest city within the northern island and one of the nation’s youngest, which means this central hot spot is far from the traditional ‘Japanese-esque’ but is composed of tree-filled boulevards and open space that so happily accompanies the heavy snowfall of winter.

The snow season on the island runs from the start of December to the end of March with the best snowfall between January and February. Only a two-hour flight from the airport in Tokyo it is easily accessible and the resorts of Niseko, Rusutsu and Furano are within a short transfer ride. It is an island that embraces its rural richness surrounded by national parks and thriving wildlife making it a large contrast to Japan’s vast cities. The impressive dormant volcano, Mount Yotei, is the greatest view from Niseko resort and is a landscape that has to be explored. Another beautiful resort of Sapporo is Kokusai, a comprehensive resort located near the tranquil Jozankei Hot Springs. The hot springs can be accessed everyday by a short bus journey from Sapporo station for people to soak and escape the busy city or relax their muscles after a long day of skiing. During the famous snow festival the hot springs is hosting a handful of events and it will be open free to the public.

An area that has become internationally renowned for its scale of winter skiing and mountain terrain, the Nagano prefecture holds numerous beautiful ski resorts. Situated on mainland Japan within the Japanese Alps this large area held the Alpine, Ski Jump, and Crosscountry events in the 1998 Winter Olympics. Hakuba is a village within Nagano where the surrounding valley has an annual snowfall of over 11 metres and is seen as the central hub of 10 ski resorts composed of more than 200 runs. This resort caters for all levels of skiers and snowboarders with 50% of their slopes of intermediate level. Due to the vastness of the resort it holds an abundant of activities that all the family can enjoy. Another resort within Nagano is Yokoteyama-Shibutoge which is Japan’s highest ski resort scaling up to 2,307metres bringing with it the highest slope and ski lift in the country. A four-hour drive stands between you at Tokyo Airport and reaching Nagano, but many prefer to travel in the iconic Shinkansen bullet train, which gets you to the resort in super speedy pace. 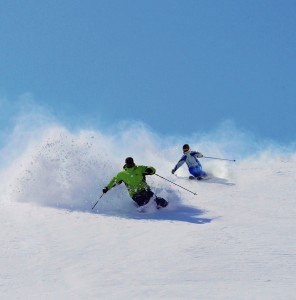 Lastly, Zao, located in the Yamagata prefectural, a mountain haven that once snow falls turns into a mecca for winter sports. A five-hour train journey from Tokyo, this resort has 15 different slopes and offers a wide range of courses for all levels of riders. The area has so much to offer and for the family visitors there is a large snow park, which attracts thousands of visitors each year. The Juhyo Festival is to be held on February 6, which is profoundly known for it’s remarkable fire and fireworks displays. The ‘ice monsters’ of Zao are a famous spectacle of the northeastern area of Japan and is one of the natural wonders of the resort. The creatures come to life in the coldest months usually between New Year and March by the outstanding combination of ice and snow falling and forming unusual shapes that are fully appreciated during the night illuminations at the top of the mountain.

Getting to Japan from the UK couldn’t be easier, there are plenty of direct flights from London to Tokyo, but if you want to travel from closer to home Birmingham International Airport has regular one stop flights that if you book in advance can come at great discount.

If you are a powder hound then skiing in Japan deserves a rightful place within your bucket list.