As Councillor for Eyres Monsell with a cabinet responsibility for climate change and transport, and Labour candidate for European elections 2014 in the East Midlands; not to mention undertaking the role of Deputy City Mayor, Rory Palmer is a man of many responsibilities. With day to day duties which include securing investment within his area and improving local facilities; no two working days for Rory are the same. “I thrive on the variety and scale of challenges that the roles bring.” 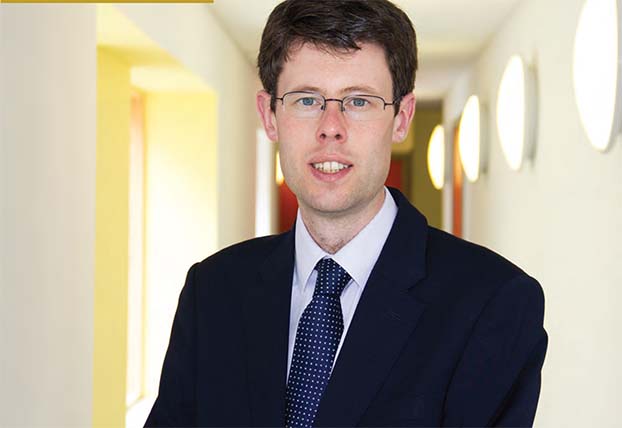 With a focus on the city’s youth and helping to tackle the issues they face, Rory has overseen the Leicester to Work programme having discovered that 3000 young peoplein Leicester endure a great deal of worry due to the lack of jobs or apprentices  available. “I share that frustration, determination and desire to work.” Rory states, which has undoubtedly been the driving force behind the recently created 130 new council apprenticeships and 300 paid work placements, which have provided a positive outcome towards the investment in young people.

Similarly Rory set up and now chairs the Leicester Child Poverty Commission, which exists in order to break the cycle of children growing up in poverty or low- income households. A recent feat of the commission is its increased living wage motion, which is currently in place for the lowest paid staff members within the council. It is this investment into people individually which contributes towards making a more financially stable and more constructive city collaboratively.

Such a varied set of responsibilities could prove to be a difficult juggling act for many; however Rory takes the opportunity of overseeing and tackling so many issues as a chance to weave them together in order to “use the money we have in a much smarter, more efficient way.”

Rory is also positive on re-establishing Leicester’s strong reputation of sustainability and caring for the environment. His targets are far more ambitious than the law requires, and these striving carbon reduction aims are met with enthusiasm to further the cities’ universities research surrounding green issues and place their findings into a more practical and industrial setting.

Rory is aspirational about the future and relentless in his hands-on approach towards making the city even more attractive to investors. “Great things happen in Leicester on a year to year basis, which collectively make us a great city to live and work and be part of.” And it is with this belief that Rory is currently running for European elections 2014 in the East Midlands, aiming to promote the city on both a national and international level, making sure Leicester receives its fair share of European funding to carry on the positive work already being done.