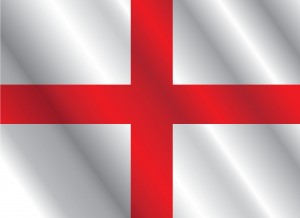 Every year on the 23rd of April,St George’s Day is celebrated in remembrance of the death anniversary of Saint George, across the country, with parades, dance performances and food stalls offering mouth-watering dishes.

Although little is known for certain about this Christian martyr, it is thought that Saint George was born around 280 in the country that is now known as Turkey. He occupied a position in the Roman Army and later progressed to the position of personal guard.

The fable of Saint George as a dragon slayer is perhaps the most notorious of his ventures. As legend has it, a dragon guarded the well in the town of Silene, prohibiting the villager’s access to their only water supply. In order to acquire the water, they were obliged to sacrifice a member of the village to the dragon each day. When it was the princess’ turn to be the next victim, Saint George entered the village and slayed the dragon. As well as rescuing the princess, he restored access to the well for all the villagers.

It is believed that Saint George died whilst protecting Christian beliefs from the Romans and was beheaded on the 23rdof April 303 for opposing and disputing the oppression of Christians.

St George’s symbol, a red cross super imposed onto a white background, is one of the most widely recognised symbols in England. This cross can be seen on the British Union flag and the flag of the Republic of Genoa. The symbol was also used in the 12th and 13th century by English knights during the crusades.Nowadays, the red and white icon is widely used by various sports fans as a visual representation of their support for the country.

Saint George is also the patron saint in a number of other countries including Greece, Russia and Ethiopia and the anniversary of his death is celebrated in his honour throughout the world.

This year the St George’s Festival in Leicester will be celebrated on Saturday25th of April from noon onwards. The festivities will take place in a number of locations in the city including Orton Square, the Cultural Quarter, and the Leicester Market which will offer fun,music, live performances and plenty of Saint George themed activities for all the family.

Dates for your Diary:

May 1st – May Day Bank Holiday

May 24th – The Leicester Summer Food and Drink Festival