Pukaar magazine’s Lou Gimson sits on stage with Leicester born actress, presenter and writer Terri Dwyer to discuss her hugely successful television and stage career, and making a move into writing after being inspired by her children.

Still in the throes of the UK stage tour of the hilariously funny Vagina Monologues, I met Terri on stage at the Theatre Royal, Nottingham. Clearly, on stage is a place Syston born Terri feels totally at home. She is the first of her family to contemplate a theatrical career and it is something she didn’t plan, she simply ‘fell into’. After realising her original dream of becoming an RAF pilot wasn’t going to happen she knew that a different career path needed to be found. “I began modeling whilst I was studying for my A Levels, and knew this wasn’t along term career for me. I saw a continuity presenting job advertised with Tommy Boyd on a TV station’s children’s channel and thought it looked good fun” says Terri. “I believe in doing what you love and loving what you do, so thought I’d give it a go. I was offered the job and never looked back”.

This is a very different career route to the rest of her family. She grew up in Syston with her two brothers and two sisters. Dad was the local bobby and she lived in police housing behind the station in Syston. Terri had a very ordinary upbringing, without the glitz and glamour of the stage. Her strong, fond memories of Syston are of her loving and safe childhood, the chippy for Friday’s tea and the strong connection she has with her parents. Syston was a small village as she grew up and Terri is always excited to return to her roots, noticing how much the place has grown. Although TV and stage are not something her parents were familiar with, it didn’t stop them from wholeheartedly supporting and being immensely proud of her.

Terri sadly lost both of her parents some years ago and clearly takes their strong family values into parenting her own two young sons. Terri married Sean Marley at Dalmeny Village Church in the City of Edinburgh on 5th September 2004. Her sons Caiden Ajay and Kylan were born a few years later. Terri and Sean settled in the North West to bring up their family as it is close to Sean’s family and with it comes the love and support invaluable to any working family. Sean and Terri work as a strong team to ensure their boys have at least one parent around at all times. “I’m missing my home and just being mum for a while as I haven’t been home for many weeks, Sean brings the boys to me on tour and with technology such as Skype and face time we communicate all the time, which is hugely important to us all. I get to chat to them, although it doesn’t replace being with them, I think it makes me appreciate my family more” says Terri.  The Vagina Monologues tour takes Terri into theatres around the country with one night performances in each, so involves a lot of traveling. The tour is almost complete and Terri is loving it. “As with anything new, it takes a while to truly feel confident with it, to know completely what you are doing; when I do I can relax more and really get into it. I am also surprised at the differences in audiences depending upon which theatre we are performing in. I am looking forward to tonight’s performance as it’s in the East Midlands which still feels like home ground”

Terri made the choice to return to acting in 2011, where she debuted in the award winning Finborough theatre in December of the same year, playing a role in psychological thriller ‘Through the Night’. “I love live theatre and the thrill of performing to an audience, I relish the challenge each new part brings” enthuses Terri. “I also enjoy television and the challenges and excitement that brings”. Terri is no stranger to our screens as in her very successful career she has had presenting roles on Loose Women, 60 minute make over, This Morning, Emmerdale and Coronation Street Confidential, Richard and Judy, The Wright Stuff, The Games, She’s Got to Have It, The Holiday Show, Fear Factor, Celebrities Under Pressure and Win, Lose or Draw. Terri has also spent time on ITV’s This Morning, reviewing the newspapers and discussing topical issues. “I do have the ability to remain calm under pressure and in all sorts of different circumstances, on and off set. 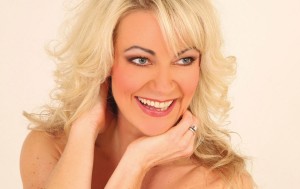 I like to think on my feet and think that is why I have been given the opportunities I have to also host live events”, with no formal training, Terri is quick to learn and at this stage in her career, experience, credibility and huge track record, clearly do ensure her working life goes from strength to strength.

Terri has also enjoyed the stability that appearing in a soap can bring and is well known for her part in Hollyoaks as ‘Ruth Osborne’, again the role was something she decided to simply go for, this attitude paid off and go for it Terri continues to do.

Nothing is taken for granted by Terri; she has a huge appreciation of her career, life, work and of course her family. It is the close relationship she shares with her sons that has led her to her next venture, writing for children. Never afraid to try anything Terri is hugely excited by her new plans “I’m being secretive about my new move into writing as it is something I have  spent a couple of years exploring, creating and writing. The series of children’s stories that I am in the midst of writing are something completely new”. Whilst researching for the books Terri couldn’t find anything in the market place remotely similar and is keeping her ideas firmly close to her chest. “Caiden, my eldest son is really passionate about the book’s subject matter. So much so, I took him out to bookshops and scoured the internet to find books about it and there was nothing there.

I decided it was a huge opportunity to create something myself to fill the gap and believe that my series will be hugely popular as the appeal to children such as my son will be immense”. Currently, Terri is in talks with a large supermarket chain to bring her creative book ideas to the shelves, the decision she still has to make is whether to self publish or go with a main stream publisher. “Weighing up the pros and cons of each, financially, the amount of work involved and with  distribution channels needing to be available, it’s something I haven’t made a final decision upon yet”.

I asked Terri what advice she would give someone wanting to begin a career such as hers, “Always be true to yourself, only do it if you really love it and are passionate about the stage and screen, listen to your rejections and the reasons why and work to improve yourself continually. Never be afraid of having a go and trying something new, be authentic and work very hard”. Clearly, working hard is something Terri has done and continues to do, she is openly and obviously passionate about her career and the mix of stimulating work she does and continues to create opportunities for herself. As Terri says “to be away from your family and friends for periods of time is hard. You really have to love your work, balance it with your family life and enjoy every moment”. Well, I certainly enjoyed every moment of meeting Terri, the girl from Syston done good!