Pukaar chats to University of Leicester Archeologists Richard Buckley and Mathew Morris about their new book detailing the amazing story behind the discovery of the remains of the last Plantagenet king of Englad, Richard III.

It is not every day that you make a discovery that can change the face of history, but the two archaeologists at the heart of the finding of the remains of King Richard III, Richard Buckley, co-director of University of Leicester Archaeological Services and his colleague Mathew Morris have now released the full behind the scenes story of their amazing find. 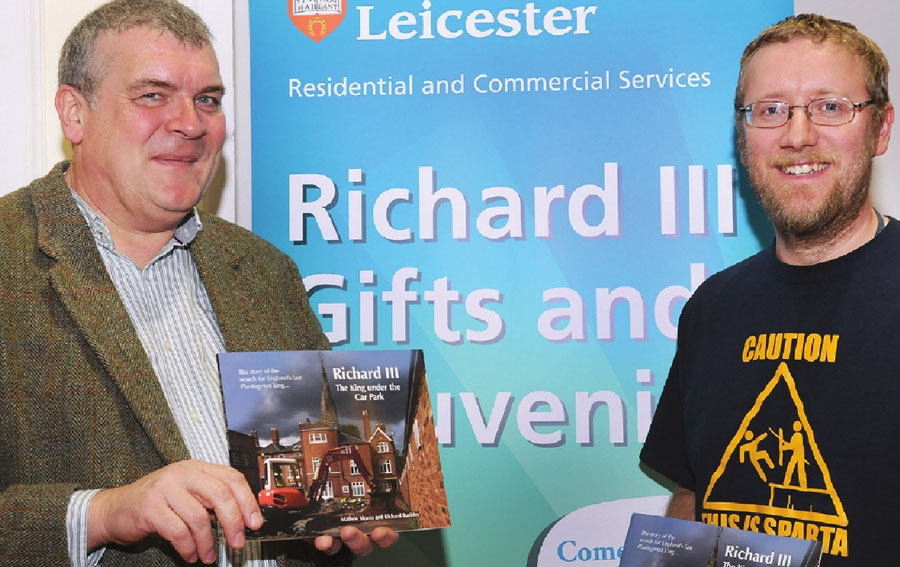 The book, Richard III – The King Under the Car Park: The story of the search for England’s Last Plantagenet King, published last November, is the first to tell the dramatic story from the viewpoint of those who actually found the remains in August 2012; the staff at the University of Leicester Archaeological Services (ULAS) unit. Mathew says that the “aim of the book is to present all of the information on the excavation of Grey Friars and Richard III in a fact-based, unbiased way but also, given the huge excitement over the project, in a way that is accessible to everyone.”

This new publication is a comprehensive exploration of the excavation and its background, and includes the historical context and the events that led King Richard

to fall at Bosworth and to be buried at Grey Friars in Leicester. The book also looks in detail at the many legends that surround Richard prior to the battle, such as his stay at the Blue Boar Inn and the knocking of his spurs on the Bow Bridge on the way out of Leicester. It also outlines the research that went into determining the probable location of the friary and the burial site, and the work that went into tracing the genealogical line of Richard III’s modern-day relative, Michael Ibsen. He is a descendant Richard’s eldest sister, making it possible to identify the King’s remains using DNA technology.  The genealogical link between the two modern-day descendants and Richard III is fascinatingly detailed in the book, exploring the extensive tests done to try and reveal a match between the DNA from the skeleton and Ibsen.

In many ways, the release of The King Under the Car Park caps off the momentous story of finding Richard III, and for its authors means revisiting the excitement of the discovery for the very first time. Both are keen to stress that the book reads like a real detective story because it all happened just like a real detective story! As Mathew states, “It was amazing, as time went on, how everything slotted together–from the way we placed the trenches correctly, to finding human remains on the first day, to finding they were buried in the correct part of the church, to identifying the body. What’s fantastic is how excited everyone has been about the excavation. Every lecture I’ve done about the project has been packed with a rapt audience.” “Of course”, adds Richard, “writing the book has meant putting everything in order–at the time it all sort of happened at once! Similarly, it’s very rewarding to look back at all of our decisions in perspective, and to find that they were indeed the right ones!”  Added to this, along with details of how the main trenches in the dig were constructed, the book also recounts the amazing moment when the skeleton itself was found. According to history, at Bosworth, Richard was killed by a blow to the back of the head. He was also thought to have some form of physical deformity. For Richard, to be told that the skeleton they had discovered in the grave had a severe head wound and curvature of the

‘For the two of them, to write about this subject is also an extension of doing a job that they love’

spine, almost an exact match of the historical records, was amazing. “When Mathew told me that the skeleton had a head wound and a curved spine, I just could not believe it!”. 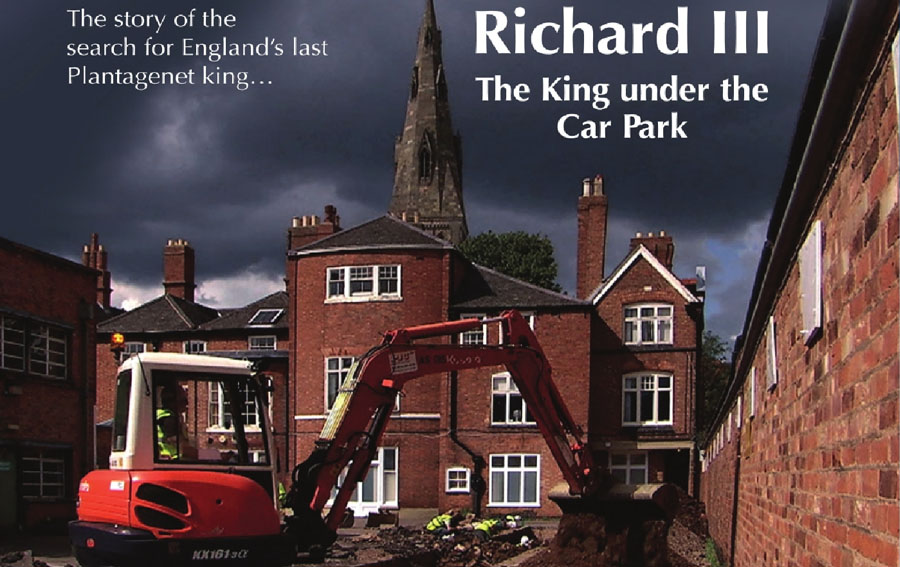 The books is written like one huge celebration, not just of the two authors work, but also of the huge contribution of all the team at ULAS; from the volunteers who worked on  the site to the other academics who were key in helping identify the remains through their work on analysing the bones and matching the skeleton’s DNA. It is a story that means so much to so many people in Leicester and across the world, and for the two lead men it was great to look back on the experience. As Richard is keen to stress, “this story is not all about Kings. It is about how archaeology can help to tell a story of how a city like Leicester developed over time.”

For the authors this is actually one of the most rewarding things about the discovery of Richard III’s grave, and also something they want to get across with the publication of the book; that the find shouldn’t be viewed in isolation, as a headline, but as part of a whole string of archaeological sites and of the wider fabric of English history.

For the two of them, to write about this subject is also an extension of doing a job that they love. “We’re delighted with the book, but we’re even more delighted to be getting on with what we love doing–there are scores more archaeological sites out there, waiting to be brought to light.”