Shining the spotlight on talented young people aged between 8-25, Leicester’s Got Talent has quickly become a highly-anticipated event, and its 6th year proved no exception…

After receiving hundreds of submissions from applicants around the city and county, it was 21 lucky finalists that made it through to the show-stopping annual event back in December, where performers as young as eight confidently took to the stage.

Leicester’s Got Talent 2017 welcomed a jam-packed crowd to The Y theatre who enjoyed an afternoon of great entertainment that included everything from hip-hop and Bollywood dance routines to soulful singing and live instrumental performances. 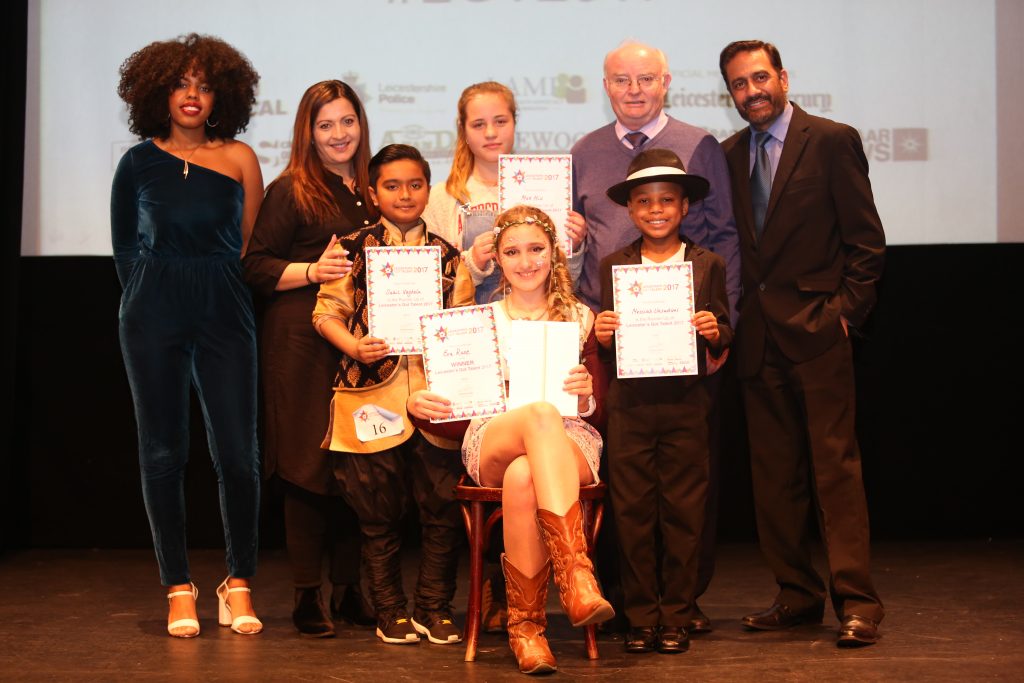 The four judges who had a tough decision to make included Kamlesh Purohit, deputy managing editor at BBC Radio Leicester, Councillor Ted Cassidy, Priti Raichura director of PR events and 2013 and 2014 Leicester’s Got Talent winner, Lydia Unsudimi who bought her wealth of experience to the panel. The event also received great support and was sponsored by Anand International, Daewoo International, Bond Adams, LAMP and DMU Local.

The standard was high as the 21 finalists performed their hearts out, but it was 12-year-old Eva Rose from Rutland who was crowned the winner of Leicester’s Got Talent 2017. The young singer who wowed the judges with her own song, 501 and stunning vocals was ecstatic to have won the competition. Eva shares the inspiration behind her songs: “I like to have a purpose behind all of my songs, and 501 is a song that is powerful to me because it’s about all of my friends. It keeps me connected to all of them and keeps our bond real.”

Winner of the highly-commended category went to 12-year-old dhol player Sahil Vaghela who impressed the judges with his energetic and explosive sounds. The second runner-up was 17-year-old Mae Hill who belted out ‘Mama Knows Best’ by Jessie J with her powerful vocals. First runner-up was eight-year-old Messiah Unsudimi who thrilled audiences with his dance moves as he performed along to a variety of Michael Jackson classics. Eva was awarded with an iPad while the others each received £200 worth of vouchers.

After another entertaining and successful year, the future is certainly looking bright for Leicester’s Got Talent.