We celebrate The Prince’s Trust’s 40th anniversary and look back at its success in helping people in the UK and Leicester.

This year, The Prince of Wales’ charity is celebrating its 40th anniversary. 40 years of helping disadvantaged young people to get their dream jobs and get their lives on track through troubled times.You may recall a certain duo act, Ant and Dec, hosting a documentary on HRH Prince Charles and The Prince’s Trust back in January to mark the beginning of its anniversary of which gave an insight into the extraordinary work The Trust carries out.

The charity supports 13 to 30 year-olds who are unemployed, struggling at school or at risk of going down a wrong path. Many of the young people helped by The Prince’s Trust are in or leaving care, facing issues such as homelessness, mental health problems or have been in trouble with the law. 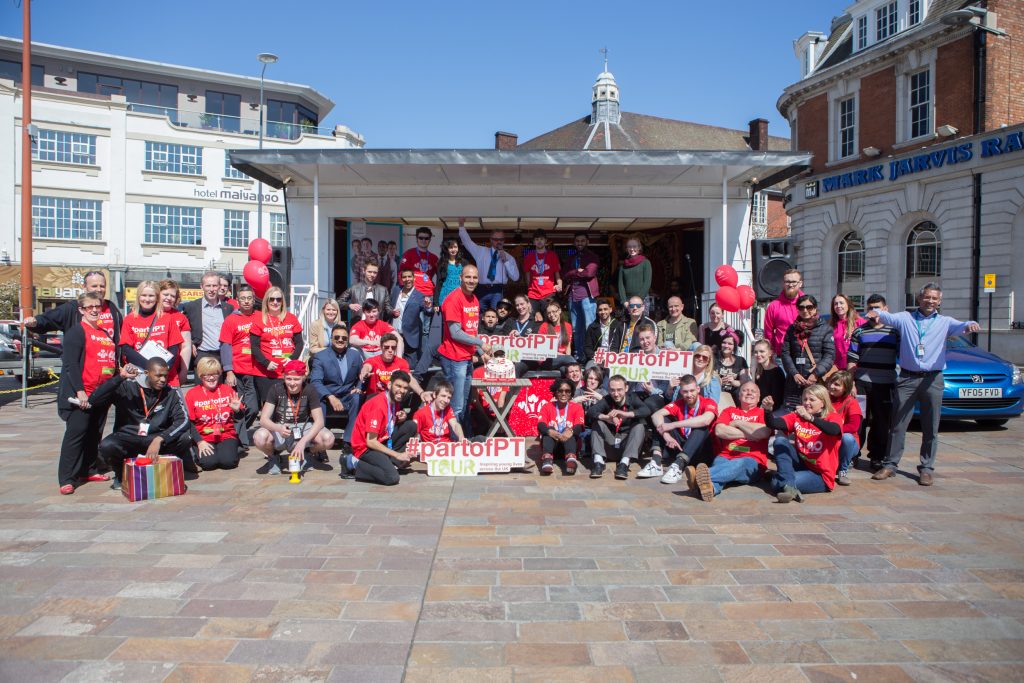 HRH The Prince of Wales established The Prince’s Trust in 1976 when he used his Navy severance pay to fund a number of community initiatives including 21 pilot projects to provide grants and training.Since then the charity has flourished and helped more than 825,000 young people since 1976 kick start their lives and gain the tools and self-belief they need to reach their full potential.The Trust has seven core programmes that are all run in Leicestershire in partnership with a range of employers and colleges including Marks and Spencer, HSBC, Leicester Royal Infirmary, Leicester Tigers, Leicester City FC, Seed Creativity, Roaming Robots and Stephenson College.

An example of the charity’s work is through young Leicester football fanatic Efaz Ahmed, 25, from Highfields. Efaz has founded, with the help of The Prince’s Trust, a successful social enterprise named New Era Boys Academy (NERA), which uses the game of football to encourage community integration and personal development. Efaz struggled at school and when he left at 16-years-old he had no qualifications finding it very difficult to get employed. When he was 22 he suffered glaucoma and had to have life-changing and threatening surgery of which led to 90% loss of his vision in his left eye and was told he would never be able to play football again.

“The issues I had with my health were a wakeup call for me and, although I suffered severe depression for eight months, I knew then I wanted to do something positive,” said Efaz.The young entrepreneur began running sessions for young ambitious football players and as the numbers began to increase he rented pitches at the Goals Soccer Centre and oversaw his team win local tournaments and leagues. It was then that the idea for NEBA was born.The Prince’s Trust first connected with Efaz when he joined the Enterprise programme, and after completing a four-day business workshop he was assigned a mentor to guide him to his venture. Since then NEBA has grown and more than 100 young boys are now registered across five teams, it is affiliated with the FA and it has secured sponsorship from Santander and EPS Legal. As well as the academy Efaz provides one-to-one mentoring sessions and emphasizes the importance of the development of transferable skills and understanding the correct code of conduct.

“Leicester is a very diverse city and these days more than ever, it is important to build good relationships between cultures and nationalities. Using universal tools like football is one of the best ways of bringing people together to generate positivity in society and help individuals better themselves.”

Efaz is just one example of how The Prince’s Trust has helped an ambitious individual both financially and through a guided support system.Central England Director of The Prince’s Trust, John O’Reilly, said that even though The Trust is doing extensive work with young people all over the country it has ambition to do so much more.

“We have ambition to deliver more support to young people, we have around a 10 year goal to up our current average target audience of 60,000 people a year to 100,000 and the way we will do that is not just through organic growth of our programmes but through increasing digital activity,” said John.

“We are looking at giving more online based help for young people, whether its part of a programme or through mentoring approaches, but using a lot of new technology in order to do that.”

In order to increase the amount of people that the charity reaches out to there are some consolidations happening, and as of July Prince Charles’ charity Mosaic will be merging with The Prince’s Trust in order to help achieve these aims.Of course it is their 40th anniversary, and the charity has already been celebrating its hard work of all staff, volunteers, young people and companies in order to ensure the work that they do is rewarded:“We had a very special ‘celebrating success’ award back in March in London and we have had a tour named ‘Take part in PT’ which consisted of a branded bus traveling around various locations,” said John.

“We had 4 locations in the centre of the country including Leicester where we took over Jubilee Square with a stall and displays. Part of the objective of the tour is to re-engage with people who have been involved within the trust over the last 40 years but also to let more people know about what we do. We have also had a special ceremony to commemorate the hard work that our 1200 staff and 6000 volunteers do – we had a garden party at Buckingham Palace which the HRH Prince Charles attended and this enabled us to give the staff something back but also enabled us to invite key supporters to enjoy the day.”