PUKAAR MAGAZINE SPEAKS TO AUTHOR OF ‘HUNG OUT TO DRY SWIMMING AND BRITISH CULTURE’ CHRIS AYRISS, WHO GIVES HIS INSIGHT INTO THE HISTORY OF SWIMMING IN LEICESTER.

When we think of ‘swimming’, we think of cold changing rooms, chilly water, damp towels and the overpowering smell of chlorine. Despite the evident joy and enthusiasm of children, indoor swimming is just about as far as you can get from a natural experience. 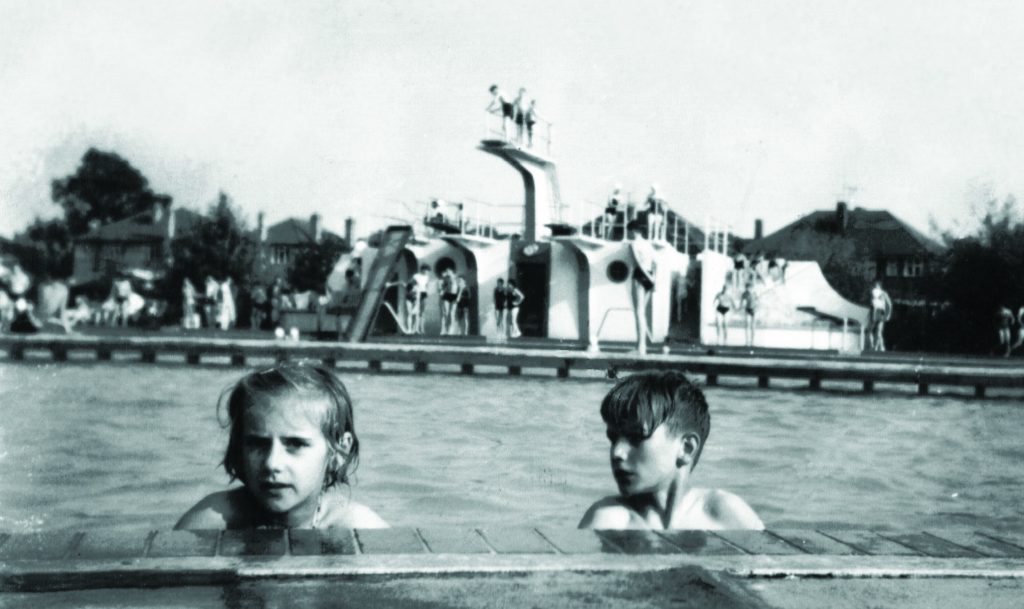 Chris’s Experience Last year, I visited Iceland which offers a complete contrast to the British swimming experience. Iceland is just larger than Ireland with a population similar to that of Leicester City. The weather in Iceland is much worse, so the thought of outdoor swimming might well send a shudder down your spine. Imagine Leicester with 123 Lidos brimming with hot water and people having fun! Well perhaps that’s going a little too far, yet outdoor swimming is a national obsession in Iceland. With dry and warm changing rooms and hardly any chlorine, the Lido for Icelanders is the place to be, where life is lived and friendships are enriched.

Now here in Leicester, all our fun outdoor swimming opportunities have been taken away and any dissenting voice on the subject drowned out in favour of the Council’s swim indoors policy. Leicester used to have swimming facilities built into many stretches of the river and canal.

The remains of the Gas Works Lido are hidden behind the lock near the old Dunlop Factory. The Bede House Lido sulks ironically sad and forgotten next to the statue of liberty. When in Castle Gardens look out for the ‘no swimming’ signs and you’ll discover the swimmers chain handrails on the canal banks are still there, long after the swimmers have been chased away.

Great swimmers like John Jarvis who raced in the Seine in the 1900 Paris Olympics, became the first ever triple gold medal winner. 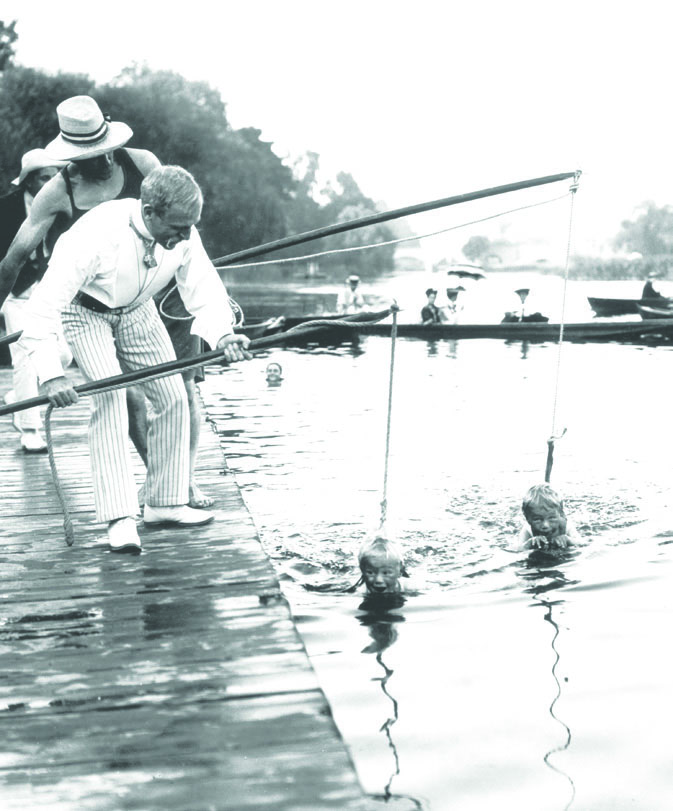 He was a Leicester legend, a man calling himself ‘Amateur Swimming Champion of the World,’ who earned 108 international swimming championships to prove it! Where did he train to swim long distance? You guessed it, in the River Soar and in the Grand Union Canal in Leicester and right by the no swimming sign in Castle Gardens.

Leicester also had two privately owned Lidos, Kenwood in Knighton and Leicester Lido on Humberstone Road behind the Trocadero cinema and five paddling pools, which are all now closed.

Other significant places around the city include Abbey Park, which had a Lido in the centre, with swimming races held above the weir and water polo matches below it in Tumbling Bay. You’ll be surprised to know that you can still find the steps the swimmers used below the weir! When you next visit the Space Centre, stand on the new footbridge and look at the remnants of Abbey Meadows Bathing Station on the far bank of the river, and you’ll discover more chain handrails for swimmers on the canal banks if you venture just around the corner.